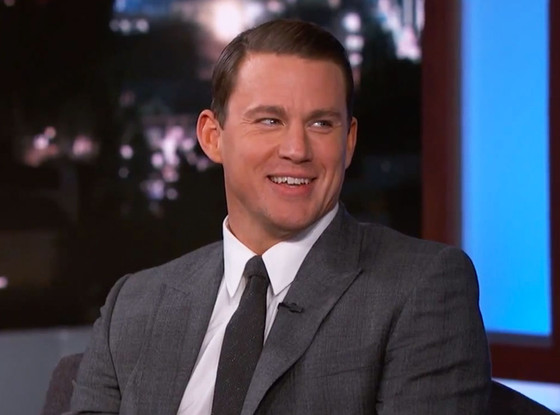 Channing Tatum got real in his Reddit AMA this afternoon—and it was everything and more.

From talking about his wife and daughter to playing "F--k, Marry, Kill" and revealing the name of his penis, it's tough to pinpoint our favorite moment (not even including the fact that Tatum was at the same time promoting his Omaze campaign contest, benefiting the Runa Foundation, to attend the Magic Mike XXL premiere).

But don't worry, Tatum tots, we've got you covered! Here are our top 12 epic moments from Tatum's Ask Me Anything:

1. In case of an emergency, go to Sandra Bullock's house:

Ever wonder how Tatum would survive a zombie apocalypse? Well, wonder no more: "Oh man. Crossbow, straight up, and I'd want an army of ninja chimpanzees that crush people all around me. Or I would just go to Sandra Bullock's house as I'm sure she has all that stuff because she's dope and kick-ass."

2. He calls his penis what?

Gilbert. If there ever needed to be a follow-up question it would be now. Why Gilbert? Why?!

When asked what his superpower would be, Tatum did not disappoint:

"I wish that I could make anyone at any point just happen to be naked. Not for the reasons that everyone thinks. Because people get really nice when they get naked. Like okay, I can't be an a--hole. People aren't a--holes when they get naked (for the most part). They are thinking about what they look like. S--ty answer, I tried to do something funny and it didn't work."

WATCH: MAGIC MIKE XXL Trailer is here and it is all you thought it would be 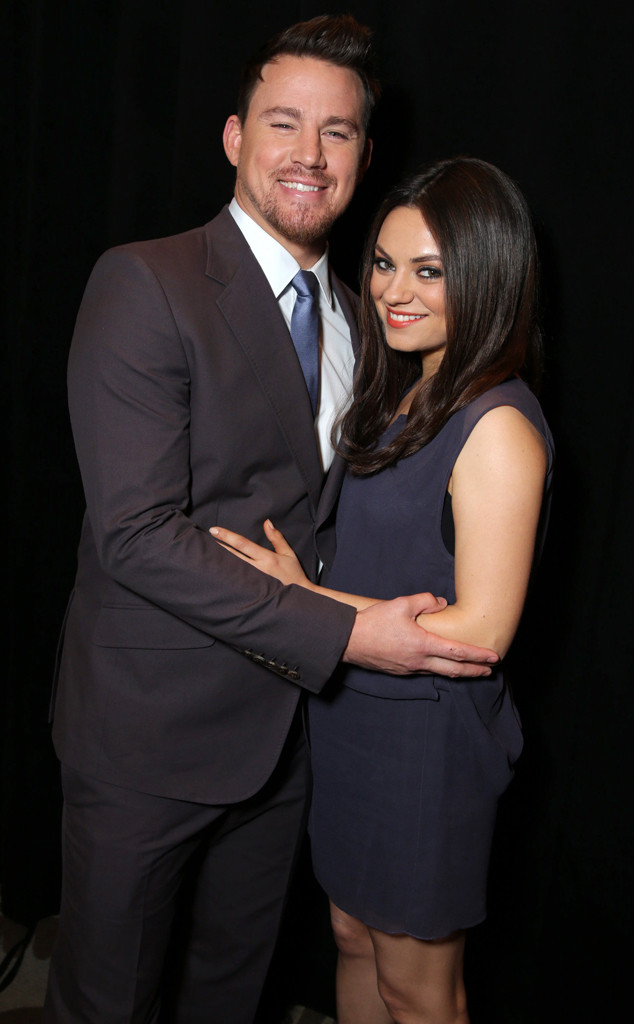 When asked what his favorite thing to do on a bad day was, the stud revealed he is just like us! Seriously, what we wouldn't do to get a peek at his Pinterest boards:

"Oh man. I love Pinterest. Swear to god. Just to not think about all the s--t I have to do or what's going wrong, I just go and look at Pinterest. Or Flipboard."

One brave fan asked the question that we all probably wanted to ask:  "Jupiter Ascending? What was that?"

Answer: "Great question. I have the same one to myself."

"I'd f--k Danny Devito, as I was saying earlier it could be fun. I'd marry Ray Romano, because I think he has a pretty solid perspective on marriage. I don't know who would be the male or female, you figure it out. And I like Gilbert Gottfried, but I wouldn't mind killing him." 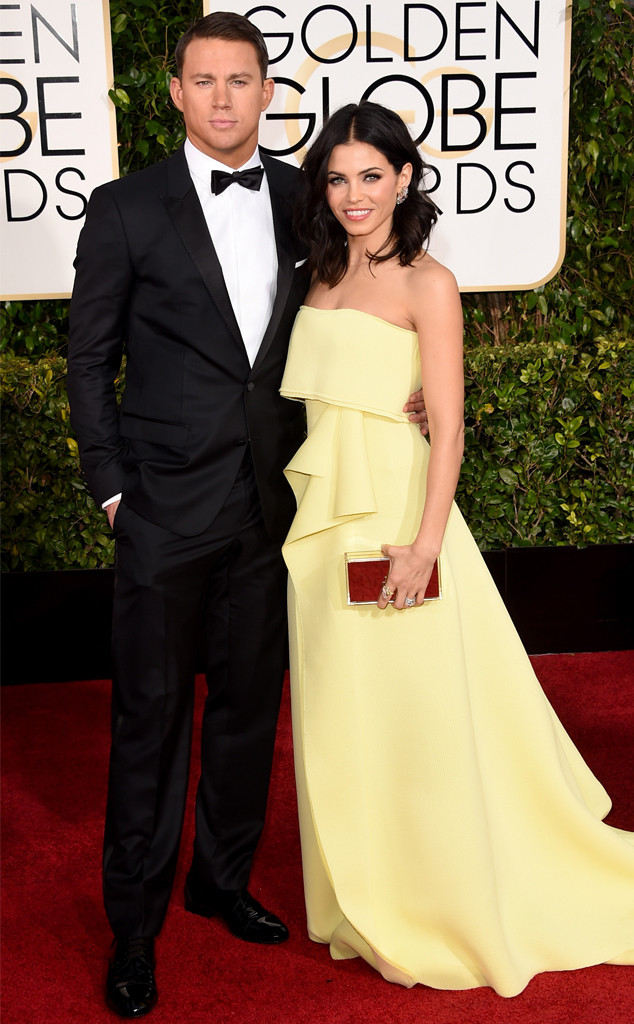 7. What's with the Danny DeVito obsession?

There were serveral questions that either involved Danny DeVito or where the Magic Mike star answered with Danny DeVito. It's all very self-explanatory:

From example, one fan asked: "Would you rather fight a Danny D-Vito sized John Stamos or a John Stamos-sized Danny DeVito? You're both naked."

Tatum answered, "Can I just fight a Danny DeVito-sized Danny DeVito because I think I could take him and I would be on top, or I could just use him as a spinner as I'm assuming we're going to have sex after we fight if we're naked."

8. Tatum is a family man but would make time for, you guessed it—Danny Devito.

"I have a little 2 year old baby girl and free time is sparse and few an far between and any time that i get is spent with her and my wife. In between all the Danny DeVito sex and fight sessions."

9. If you ever see a Chili's there is a good chance Channing Tatum will be inside.

Why do we not work at Chili's? One server revealed a run-in that even she thought was too good to be true, while Tatum revealed he really loves fried chicken.

"Hello Channing Tatum! This is something I've always wanted clarified since it happened...were you ever in Sea-Tac airport at the Chili's restaurant looking for a beer but IDless? I was the one working there who had to make the difficult decision as to whether we could serve you or not. It all ended with a picture of you giving each of us a peck on the cheek, myself included. It's still one of my favorite stories to tell so I hope I wasn't just duped by a very convincing look-alike."

Channing replied, "That absolute was me. Because I love Chili's. And no one believed me that i got into an airport without my id. I just wanted a beer and some chicken crisps, and i actually couldn't get either of them for a while, because i remember you guys didn't have chicken crisps either! what's a Chili's without chicken crisps?" 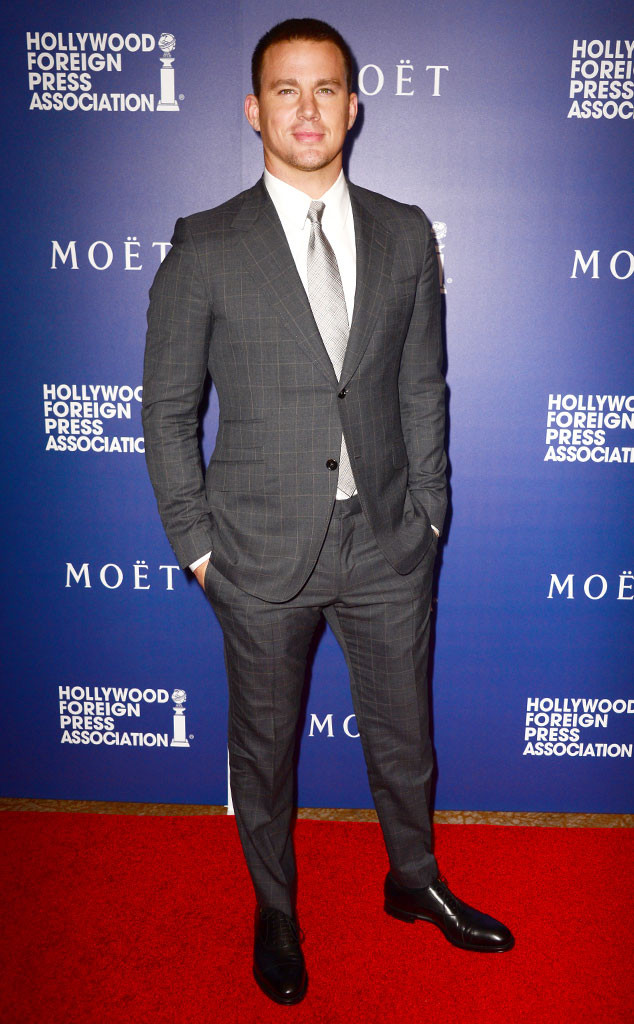 10. We want to be stuck on a desert island with him.

Because this is what he would bring:

"How about a magical seashell that's always filled with bourbon. And I would like magical palm tree that had a lot of shade with instead of coconuts there's just peanut butter jelly sandwiches with cheetos underneath. And my wife that is always happy and possibly naked."

11. He knows the importance of "happy wife, happy life."

When asked which movie was his favorite to be a part of, Tatum started to say Magic Mike but then quickly backtracked. We see you!

"....my favorite movie that I've been a part of is Magic Mike, wait scratch that. it's Step Up. Where I met my wife. Because if I don't say that my wife will kill me."

12. His favorite Disney character is...

The broom from Fantasia.

Can you do this once a week, Channing? We want more.

TAGS/ Channing Tatum , Top Stories , Funny
GET POP CULTURED!
*Email entered incorrectly. Please try again.
By subscribing to our newsletter you agree to the Privacy Policy and Terms of Use
Daily
Weekly