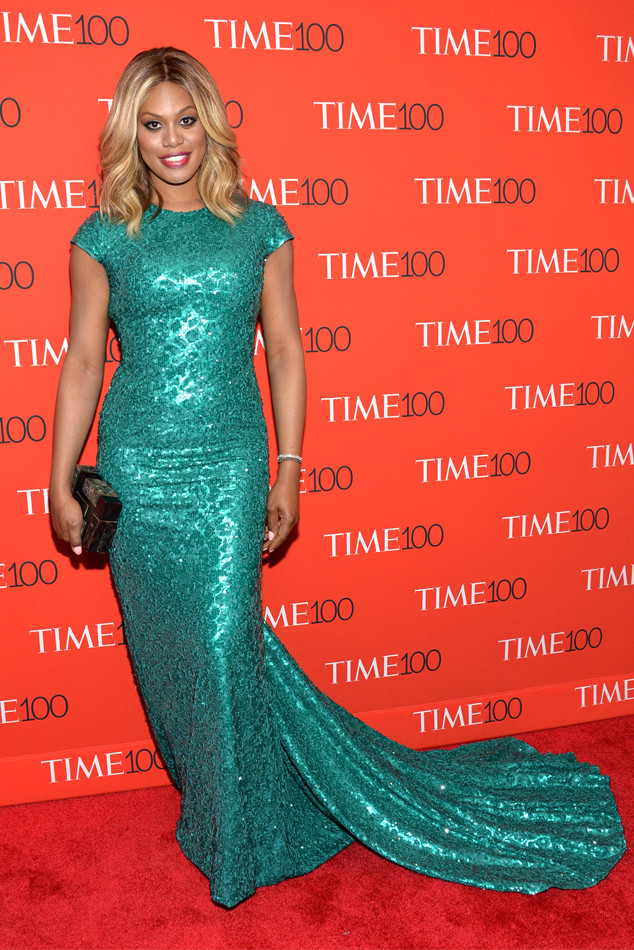 Laverne Cox once inspired Caitlyn Jenner, and yesterday, Caitlin Jenner inspired her. The Orange Is the New Black actress wrote a moving essay about what Caitlyn's Vanity Fair cover means for the LGBTQ community and published it via her Tumblr blog Monday. Recalling one of her own groundbreaking experiences, she wrote, On May 29, 2014, the issue of Time magazine magazine which proclaimed the 'Transgender Tipping Point' was revealed with me on the cover. June 1, 2015 a year and 3 days later, Caitlyn Jenner's Vanity Fair cover was revealed proclaiming #CallMeCaitlyn. I am so moved by all the love and support Caitlyn is receiving. It feels like a new day, indeed, when a trans person can present her authentic self to the world for the first time and be celebrated for it so universally."

"Many have commented on how gorgeous Caitlyn looks in her photos, how she is 'slaying for the Gods.' I must echo these comments in the vernacular, 'Yasss Gawd! Werk Caitlyn! Get it!' But this has made me reflect critically on my own desires to 'work a photo shoot', to serve up various forms of glamour, power, sexiness, body affirming, racially empowering images of the various sides of my black, trans womanhood. I love working a photo shoot and creating inspiring images for my fans, for the world and above all for myself. But I also hope that it is my talent, my intelligence, my heart and spirit that most captivate, inspire, move and encourage folks to think more critically about the world around them."

Laverne agrees that Caitlyn "looks amazing," but what she found "most beautiful" about her "is her heart and soul, the ways she has allowed the world into her vulnerabilities. The love and devotion she has for her family and that they have for her. Her courage to move past denial into her truth so publicly."

"These things are beyond beautiful to me," she wrote.

NEWS: What does Caitlyn Jenner think of her Vanity Fair photo shoot? 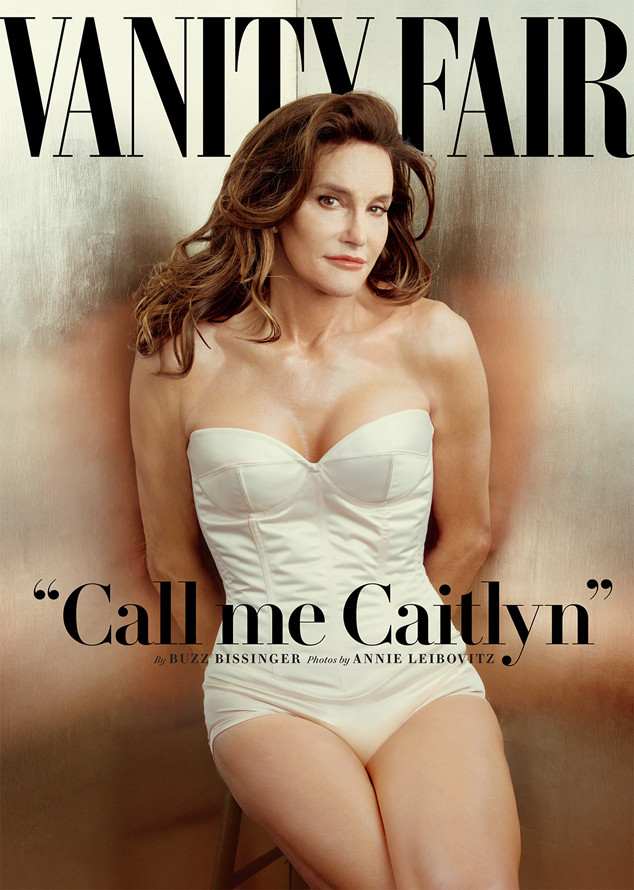 "A year ago when my Time magazine cover came out I saw posts from many trans folks saying that I am 'drop dead gorgeous' and that that doesn't represent most trans people. (It was news to be that I am drop dead gorgeous but I'll certainly take it). But what I think they meant is that in certain lighting, at certain angles I am able to embody certain cisnormative beauty standards," the Emmy-nominated actress wrote. "Now, there are many trans folks because of genetics and/or lack of material access who will never be able to embody these standards. More importantly many trans folks don't want to embody them and we shouldn't have to to be seen as ourselves and respected as ourselves. It is important to note that these standards are also informed by race, class and ability among other intersections."

"I have always been aware that I can never represent all trans people. No one or two or three trans people can. This is why we need diverse media representations of trans folks to multiply trans narratives in the media and depict our beautiful diversities."

"I started #TransIsBeautiful as a way to celebrate all those things that make trans folks uniquely trans, those things that don't necessarily align with cisnormative beauty standards. For me it is necessary everyday to celebrate every aspect of myself especially those things about myself that don't align with other people's ideas about what is beautiful. #TransIsBeautiful is about, whether you're trans or not, celebrating all those things that make us uniquely ourselves. Most trans folks don't have the privileges Caitlyn and I have now have. It is those trans folks we must continue to lift up, get them access to healthcare, jobs, housing, safe streets, safe schools and homes for our young people. We must lift up the stories of those most at risk, statistically trans people of color who are poor and working class."

Laverne hopes people look beyond the photos that appear in Vanity Fair. "I have hoped over the past few years that the incredible love I have received from the public can translate to the lives of all trans folks. Trans folks of all races, gender expressions, ability, sexual orientations, classes, immigration status, employment status, transition status, genital status etc. I hope, as I know Caitlyn does, that the love she is receiving can translate into changing hearts and minds about who all trans people are as well as shifting public policies to fully support the lives and well being of all of us. The struggle continues..."

(With the release of her Vanity Fair cover on June 1, Caitlyn has chosen to publicly identify as a woman and E! News will refer to her using female pronouns. In stories published prior to this date, Caitlyn was referred to as Bruce and male pronouns were used.)

In a behind-the-scenes video for Vanity Fair's July cover shoot, Caitlyn credited Laverne and others with helping her see that she's not alone.

"When I was on hormones, living by myself, I couldn't go through it. I was so isolated because there was no information. We've had such a movement over the last 10 years in understanding of these issues. We've had the Internet develop, where you can actually see other people who are going through the same struggle you are going through. You can communicate with them, OK? And you find out that you're not alone. There are a lot of very intelligent women. You look at some of the people, the pioneers in trying to get the message out—Laverne Cox, Janet Mock, Geena Rocero, people like that, Carmen Carrera—back in the '80s, I was alone. And I'm kind of following in their footsteps," Caitlin said. "They made it easier for me. I hope with my honesty I can make it easier for somebody else down the line."

TAGS/ Laverne Cox , Caitlyn Jenner , Bruce Jenner , Keeping Up With The Kardashians , LGBTQ , Celebrities , Top Stories
GET POP CULTURED!
*Email entered incorrectly. Please try again.
By subscribing to our newsletter you agree to the Privacy Policy and Terms of Use
Daily
Weekly