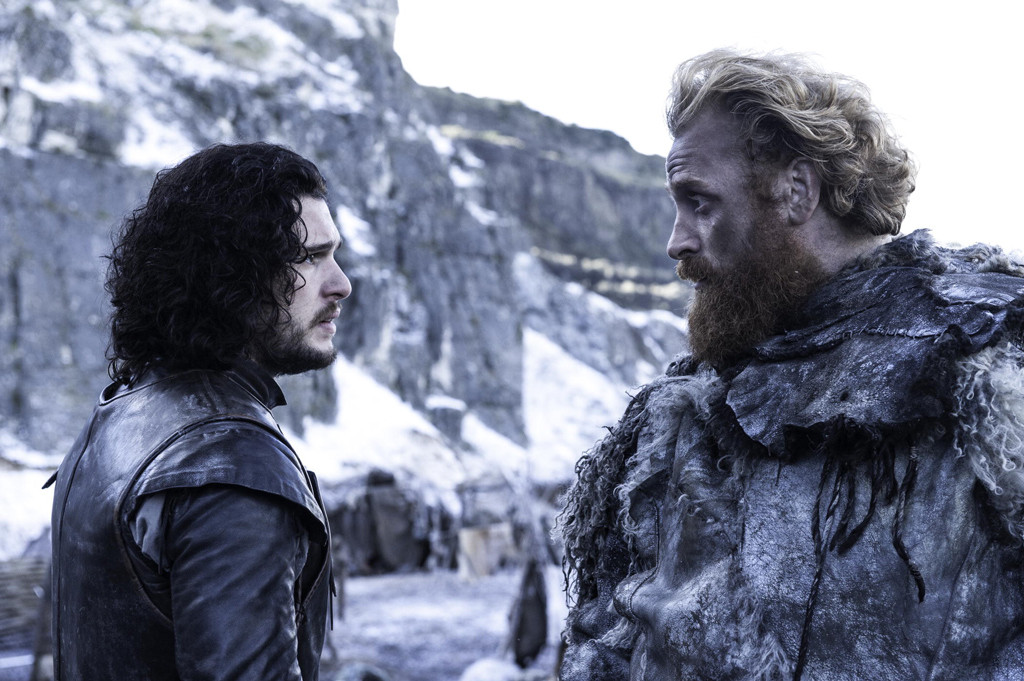 Warning: major spoilers below! Do not read until you have watched Game of Thrones season five episode 8, "Hardhome."

With all the scheming and backstabbing revolving around the Iron Throne, it's pretty easy to forget that the rich and powerful families of Westeros have anything else to worry about besides who will get to climb those steps and sit upon that massive chair. But while King's Landing and its surrounding cities have forgotten that there's a bigger enemy out there, Jon Snow and his Night's Watchmen know otherwise.

And that's exactly how Game of Thrones fans finally got to witness the real threat to Westeros in tonight's epic episode: the White Walkers and their army of the dead.

MORE: Game of Thrones gives fans the greatest present ever 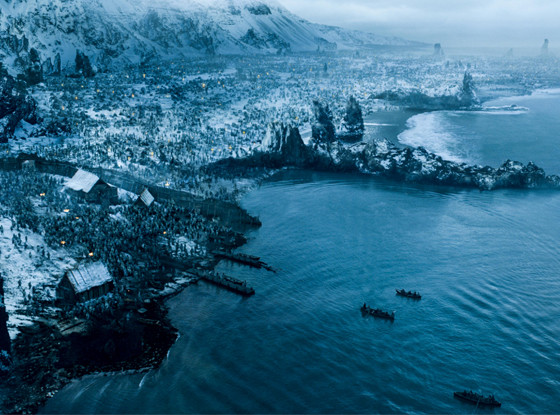 If that final shot of "Hardhome" didn't have you quaking in your boots, then you most certainly have a heart made of ice, because Jon facing the White Walkers and their army was absolutely terrifying. But the episode wasn't all about the Night's Watch and the Wildlings fighting for their lives...althought we'd totally watch an entire episode devoted to the fight against the White Walkers, because man was that incredible television!

"Hardhome" started off epic as well, with the showdown between Daenerys and Tyrion that we've been waiting years to see. Watching these two intelligent, fearless outcasts of Westeros face off is everything we could have wanted...and so much more. Their verbal sparring is a sight to behold, and Tyrion is clearly on his game when it counts—first he convinces her not to kill him, and then he advises Dany to not kill Jorah because of his devotion to her, but rather banish him again. Then Dany accepts Tyrion's offer to advise her in her quest for the Iron Throne, and now things are really getting interesting.

MORE: Why going off-book is Game of Thrones' best twist yet 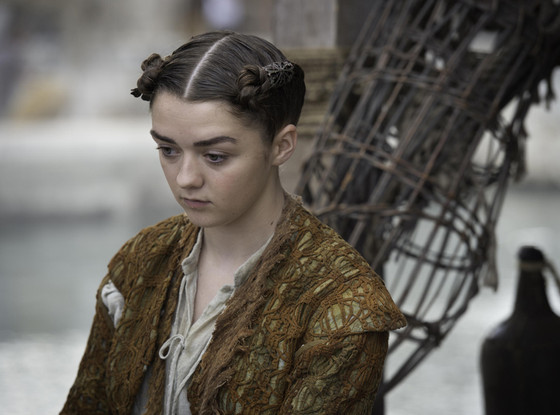 But Jorah doesn't leave Meereen as he was supposed to. Instead, he goes back to the slave master who brought him and Tyrion to Meereen and offers to go back into the fighting pits. He wants to fight for Dany, because honestly, what else would he do? He's hopelessly in love with her, and everyone knows it. Plus, he knows his greyscale is going to kill him anyway, so why not go out fighting?

Back in King's Landing, Cersei's life has gotten immeasureably worse after the Faith Militant arrested her. Seeing her without her hair elaborately done up and her dresses and jewels just felt so...weird. Qyburn visits her in jail, and the fact that he's been her only visitor is just plain sad. He lets her know that Tommen won't leave his chambers, refusing food and visitors, thereby killing all her hopes that her son will save her.

In Braavos, Arya continues to work on her many faces. Her first one: Lana. Jaqen tells "Lana" to go down by the docks to meet a man who cheats families out of their money. Jaqen gives her poison, and she sets her sights on her first victim. 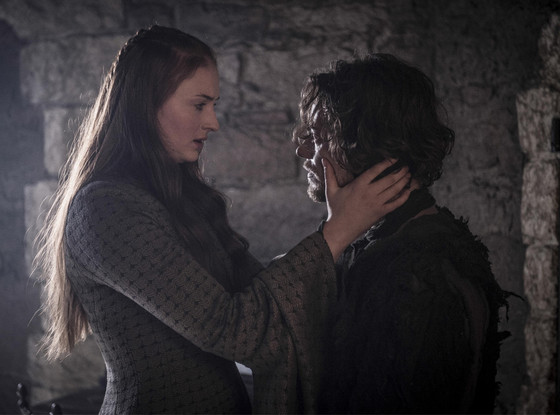 In Winterfell, Sansa confronts Theon on why he ratted her out to Ramsay when she tried to send a signal to Brienne, and he tells her that there is no escaping Ramsay. He tried, and Ramsay cut away everything that made him Theon until only Reek remained. And while Sansa doesn't feel bad for Theon after what he did to Bran and Rickon (or at least, what she thinks he did), and so she guilts him so hard that he ends up confessing that he didn't actually kill Bran and Rickon. That's right, Sansa: your brothers are still alive! What is she going to do with this information?

While Sansa's world just turned upside down, Roose and Ramsay hold a council to debate over what they should do about Stannis and his incoming army. Roose thinks they should just wait it out, let the winter storm take care of them while they stay locked safely in Winterfell. But Ramsay wants to take the fight to Stannis immediately, showing their strength to all of the north. But instead of sending their whole army, Ramsay just wants 20 men. What on earth is he planning?! 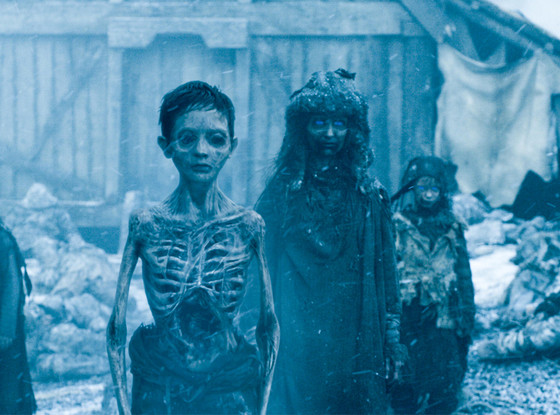 North of the wall, Jon and Tormund begin their journey by boat to Hardhome, a Wildling city on the coast. They gather the elders—after a few minor squabbles with some Wildlings who don't approve of working with the Night's Watch—and discuss the danger that's coming. Jon offers whoever joins him south of the wall lands to farm and dragonglass blades to kill the White Walkers. Most of the Wildlings agree to come south and fight with the Night's Watch…execept the Thenns. Because everyone hates the Thenns.

But then…all hell breaks loose. An army of the dead brutally attack Hardhome and it is complete chaos. Wildlings flee onto the boats from the oncoming hordes, but the zombies overtake their wooden gates and it's a complete bloodbath. We're pretty sure this might be Game of Thrones' biggest battle sequence yet, and they've clearly been saving the best for last! While everyone tries to get to the boats safely, Jon stays behind to find the dragonglass blades when he sees White Walkers in the distance...and one comes to attack him and a Thenn.

MORE: Game of Thrones makes another big change from the books...and one character pays the price 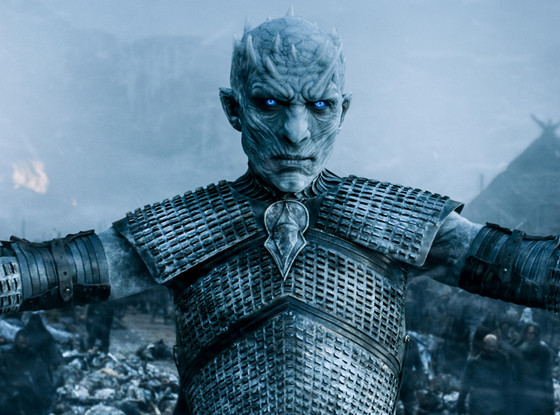 He does get the last laugh, though: When Jon and the rest of his men escape on the last boat, they see the White Walkers and their army of the dead slaughter the rest of the Wildlings who couldn't make it onto the boats. And then, when all of them were laying bloody and dead on the ground, the White Walker raises his arms, and the dead open their eyes…and they're blue. Jon just looks at this new army with total fear in his eyes. As he should. What a breathtaking, absolutely bone-chillingly disturbing final shot. If the White Walkers can keep on growing their army like that, do the living even stand a chance?

What did you think of "Hardhome," Game of Thrones fans? Hit the comments section below to weigh in now!