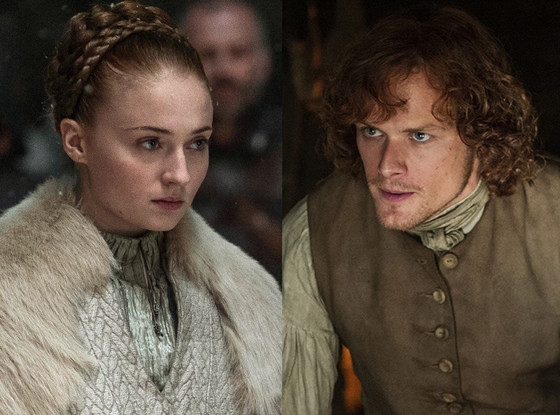 Outlander's much-talked-about season finale aired Saturday with what was perhaps the most graphic and disturbing rape scenes ever to air in the history of television. It wasn't just physical torture, but psychological torture. It was male rape, which hasn't really been show much. And it wasn't just one scene, but many scenes over the course of two episodes. "Hard to watch" doesn't even begin to describe it.

After the controversy surrounding Game of Thrones' recent rape scene—which upset some viewers so deeply (including a senator) they have vowed to stop watching the series—it seemed fairly predictable that there would be some fierce backlash against Outlander. Game of Thrones' rape was less than 30 seconds and didn't even show the actual assault. Outlander showed...a lot.

The backlash, though? It didn't really happen. Although a portion of the Outlander viewership, as expected, felt the rape scenes were far too much, the majority of fans who've spoken out via social media have unabashedly praised the episode and its Emmy-worthy writing and acting.

READ: Ron Moore give scoop on season two of Outlander: "It's a completely different show" Executive executive producer Ronald D. Moore is surprised, too. "How positive it is, really," he told us when asked what has surprised him most about the reaction so far. "It's been overwhelmingly positive. Any fan response to something they love will always have outliers that hate it who still watch it over and over. My favorite reviews are the ones that begin with, ‘This is the third time I've watched this episode and it gets worse every time I see it.' I'm like, that's a fan! They express it in a different way but they're still fans. But it is kind of surprising."

Unexpected, yes. And yet, when you think about it, there are some pretty valid reasons as to why Outlander's sexual assault was received, as a whole, far better than Game of Thrones'.

For starters, and perhaps most importantly, unlike Game of Thrones, the rape on Outlander was directly taken from the book series (written by Diana Gabaldon). Outlander's biggest fans—who had already read the books—knew it was coming, and how horribly horrific it might be. (Some book fans even felt that the rape was far worse and more detailed in print).

As Moore puts it: "We always knew we had to do [the rape].  It was just about how we were going to do it."

READ: How going off-book is working for Game of Thrones 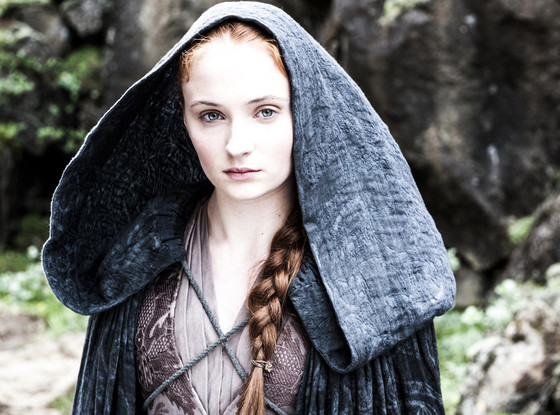 As GOT fans are surely aware by now, Sansa Stark (Sophie Turner) was never raped in George R.R. Martin's books—it was another outlying character, Jeyne Poole. (And yet, as many fans will argue, the idea that Sansa's new sadistic husband Ramsay Bolton (Iwan Rheon) would do anything different, would have been ludicrous—and Sophie herself even "loved" the twist.)

When asked if he would ever add a rape storyline to a TV show based on a book, Moore is thoughtful. "Well, that's hard to say because in Outlander, it was so fundamental. This storyline that takes Jamie (Sam Heughan) and Jack (Tobias Menzies) to that prison and what happens there, it's the conclusion of the entire novel. It was fundamental to the show and to the story we were telling...I actually haven't seen the Game of Thrones episode and I never read those books, so it's really hard for me to talk about what they did or didn't do. I do know that we changed things as well from the books to the show and they had to make decisions about their storyline and what was important to them. I don't really pass judgment on what they did or didn't do, because I know that those are hard decisions to make and they did it for what they thought was the right reasons and the best of intentions. Ours was just different. Like I said, it was more fundamental to our entire story so we had to do it." 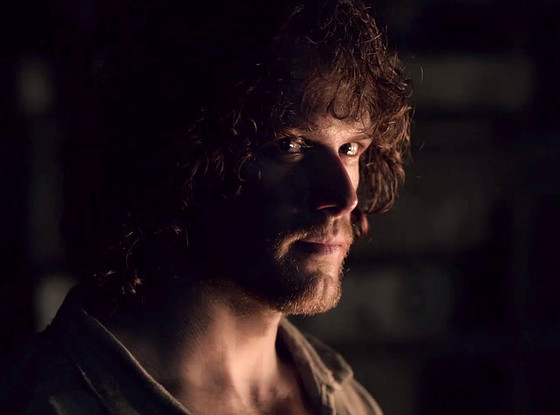 Another marked difference: Perspective.Game of Thrones' rape was shown mostly from an outside point of view—from the eyes of onlooker Theon (Alfie Allen), which proved to be a controversial move. The camera stayed on Theon as we heard Sansa's screams, presumably, in part, to not show viewers too much or go too far. And yet, not only can imagination be so much worse than that what is shown, but the move also took away the victim's point of view and therefore felt somehow, oddly, even more of a violation.

Outlander's rape was told via flashbacks, as Claire (Caitriona Balfe) sought to find out what had happened to Jamie (Sam Heughan). They were presented from within the context of the harrowing after-effects of rape—as we saw a man lying lifeless in a bed, healing from his physical wounds but not his spiritual and psychological ones, and wanting to die. 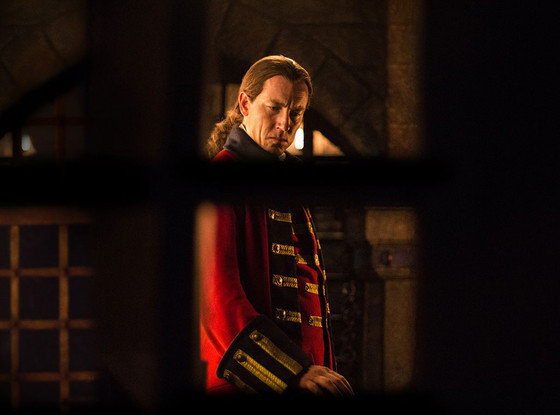 The performances on Outlander—including not only Sam Heughan's portrayal of a man who believed was broken beyond repair, Balfe's portrayal of the woman who vowed (and we sobbed all the tears) to "have you any way I can—always," and Tobias Menzies as perhaps the sickest man TV has ever known—also gave the storyline emotional gravitas, and the conclusion, ultimately, spoke to the power of healing and love. The otherwise perhaps sappy moment felt earned. So very earned. The acting and writing were all around stunning.

Also crucial on Outlander: Fair warning. While the Game of Thrones assault seemed to come out of nowhere, Moore wanted to make sure that viewers could sense something terrible was coming. 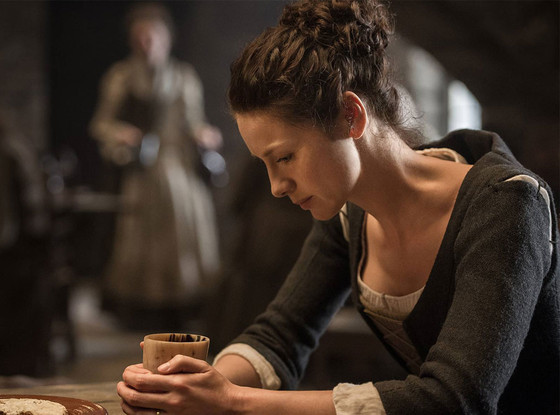 When asked what he feels was most important in going about these scenes in a responsible way, Moore says: "There was a long buildup to it. We knew it was coming, so we spent a fair amount of time in the writers' room talking about the script and then once we had the scripts we set aside extra rehearsal time for the actors and the directors to go off and work by themselves. We had a lot of conversations with the actors going through the entire arc. ‘What does Jack want in this scene? What does Jamie want? What are their vulnerabilities? Where is the moment of violence going to happen? Where are we going to have quieter moments?' We just approached it professionally and I said, ‘We're going to try to tell this story as truthfully as we can. This is a story of these two men, and let's just play it. Let's not flinch from what it is, but let's not glorify it at the same time.' You have to watch it as you're creating it in those terms. For me internally, as I was cutting the show, if there was a point where I couldn't watch it anymore, then I know we had gone too far. I didn't want to lose the audience. I don't mind upsetting the audience. I don't mind making them uncomfortable. That's fine. That's a part of drama. But I don't want to lose them. So the only way I could keep track of that was my own sense of, ‘When would I stop watching?' I always pull back from that line. But on the other side, I always try not to shy away from that and cheat it and make it so that it's prettier than it should be. You're trying to find this perfect balance between those two thoughts."

"Perfect," of course, is open to interpretation. But it seems that Outlander has done something pretty unbelievable in its execution of what was arguably the most difficult source material ever for television: Doing the darkest part of the books justice without seriously turning off viewers for good, and even making fans more excited for season two.

CLICK: Scientific proof that Black Jack Randall is the worst TV character of all time

TAGS/ Outlander , Game Of Thrones , TV , Top Stories , Watch With Kristin
GET POP CULTURED!
*Email entered incorrectly. Please try again.
By subscribing to our newsletter you agree to the Privacy Policy and Terms of Use
Daily
Weekly