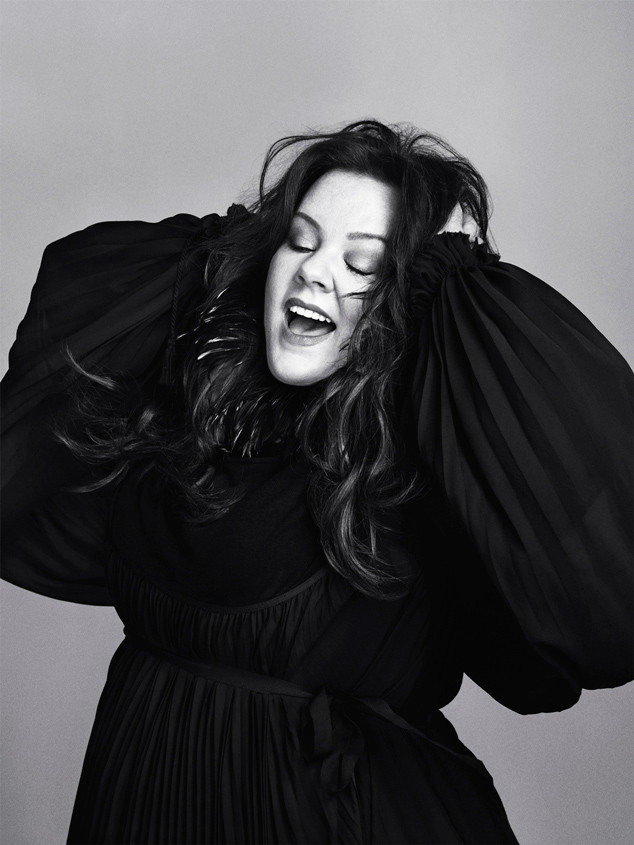 When it comes to fashion, rules are made to be broken.

Perhaps no one understands that better than Melissa McCarthy. After years of development, the Spy star's first clothing collection, Melissa McCarthy Seven7, will debut in August. The apparel line will include about 80 pieces, in sizes 4 to 28, with prices ranging from $59 to $159. Items will be available through retailers such as Nordstrom, Bloomingdale's and Macy's, as well as at MelissaMcCarthy.com.

"It's pretty consuming," McCarthy tells More of balancing acting and designing. "My problem is, I don't hand things off very well. I just figure if it has my name on it and I want to make people feel good about wearing it, I can't pass it off."

The 44-year-old Michelle Darnell actress, who graces the magazine's June cover, has been very involved creating the line with her manufacturing partner, Sunrise Brands. "The initial thought was, I may or may not go to meetings," she says. "And then I started delivering drawings and saying, 'No, this is the length, this is the arm measurement,' and they were like, 'Um, we kinda didn't think you'd be here.'" 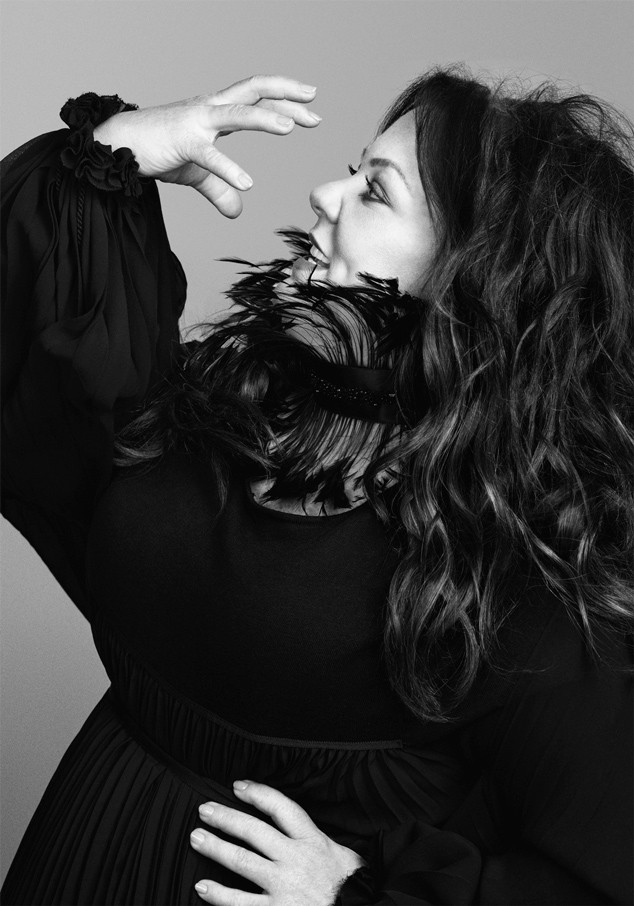 Though she's designed some of her own red carpet looks, this is her first foray into fashion. Why did McCarthy, who once studied textiles at Southern Illinois University, decide to become a designer now? After all, she doesn't need the money.

"People don't stop at size 12. I feel like there's a big thing missing where you can't dress to your mood above a certain number. [Malls] segregate plus-size," she says. "It's an odd thing that you can't go shopping with your friends because your store is upstairs hidden by the tire section. 'We'll put you gals over there because we don't want to see you and you probably don't want to be seen.'"

"There is just this weird thing about how we perceive women in this country," McCarthy continues. "I would love to be a part of breaking that down." McCarthy says her plus-size apparel line will be unlike any other. "Only wear solids? Don't wear bright colors? That's not real. Somebody made up these rules, and I disagree." 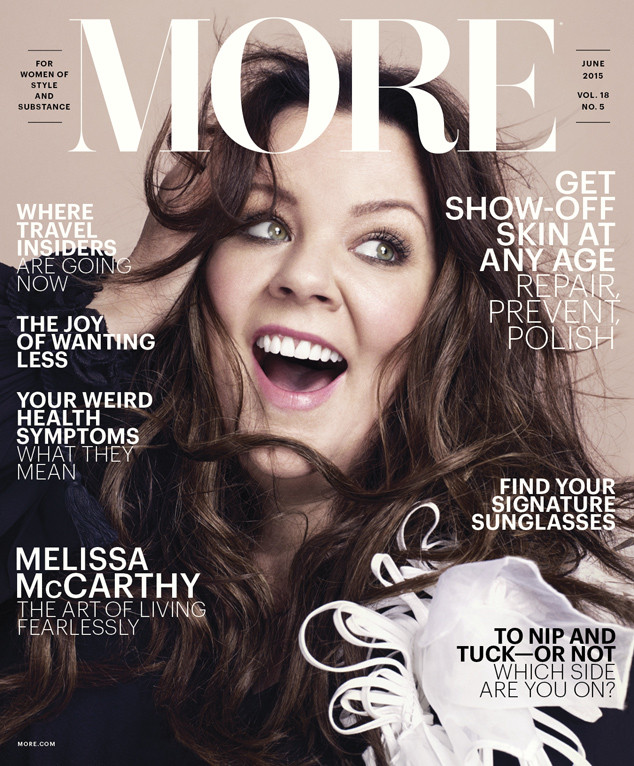 After she entered her 40s, McCarthy says she was able to "let go of that quest for perfection" that plagued her as a young girl. Still, she has her days. "I have caught my reflection and thought, 'Oof. That girl is struggling. That girl is tired.' I've had mornings where I'm like, 'Oh God, I have weird hair. I look like Fraggle Rock. Why am I so puffy? What did I eat?'" Upon further reflection, she realizes, "Who cares if my eyes are puffy because I ate 44 almonds last night? Or my legs are short?"

TAGS/ Melissa McCarthy , Magazines , Celebrities , Top Stories
GET POP CULTURED!
*Email entered incorrectly. Please try again.
By subscribing to our newsletter you agree to the Privacy Policy and Terms of Use
Daily
Weekly