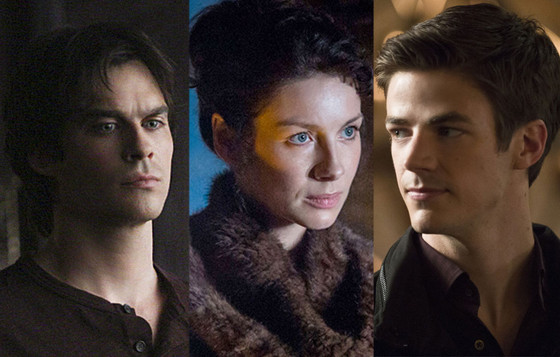 Happy end of the season, y'all! It's the final week of network finales, which means we can kick right into the gear of fretting over how some of the biggest cliffhangers will be resolved this fall.

Join us for the latest roundup of exclusive TV scoop, won't you?

Mairead: Confession: I am still sobbing over The Vampire Diaries finale! But will my new favorite BFFs Damon and Bonnie become closer after losing Elena, or will it tear them apart?
Funny you should ask because we had that very same question for  Kat Graham! "I'm hoping for both," she says. "I'm hoping that we see both sides of their relationship and how it can affect them both because it's obviously going to screw with Bonnie and him, but especially Bonnie." 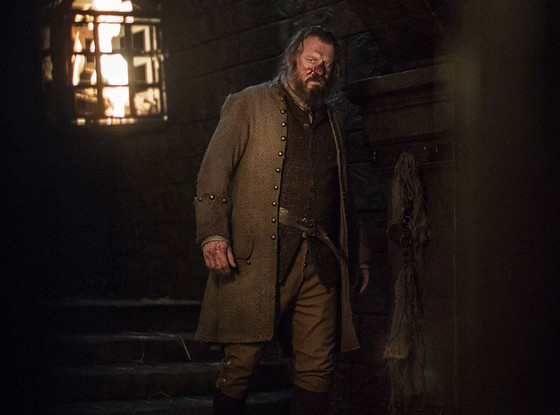 Nicollette: Kristin, I am SO RELIEVED that all the awful torture is behind us on Outlander! What can you spill about Jamie's recovery?
Um. That it includes some incredibly graphic scenes (as Jamie tells Claire what has happened) and the worst is most certainly NOT behind you. The worst is yet to come...But for you who have been asking, YES, the season does end on a positive note. It is not all doom and gloom and the final moments really set up with season two will be about. A storyline decidedly different than what you've seen so far—and will see—in Wentworth prison, with Black Jack Randall (shudder). Book fans, you also will see that a notable location has moved, and the timing is not what it is from the books—all done to make the storyline work better for a TV show/season finale. In the meantime, though, prepare to cry buckets. And prepare to have to look away. At points it is...Too much.

@bearallens: anything on The Flash!
Prepare for some seriously awesome vibes in tonight's finale. Yes, that was totally a horrible reference to Vibe, Cisco's alter ego in the comics. "I can definitely say there are some questions surrounding the mythology of Vibe that will be answered in the season finale," Carlos Valdes teases.

CLICK: The Bachelorette's best and worst premiere dresses ever 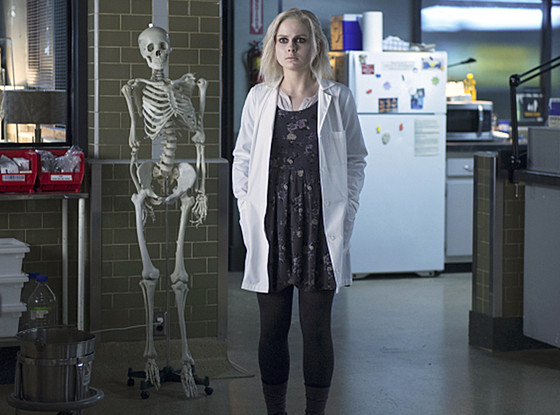 Phillip: I cannot believe IZombie killed Lowell! I loved him so much! Please tell me it wasn't a real death!
Sorry, but we mustn't tell lies. Still, one good thing will come from the lovable zombie's death. "I think the one good thing about Lowell dying is Liv is now very motivated to bring down Blaine," Rose McIver teases. "He's getting really carried away…Liv's had enough. There's definitely some big confrontation that will happen before the end of the season."

Dave: Got anything on Game of Thrones?
Wondering why Lancel Lannister is all of a sudden so gung-ho about the intense and troublesome Faith Militant? "Lancel had a moral epiphany and his experiences within King's Landing have given him a very visceral understanding of just how messed up the situation politically and socially in King's Landing and all of Westeros is," Eugene Simon says. "The people leading and running it are fighting internally and not fighting for any sense of greater good. And he was both a victim of that system as well as being a part of it." 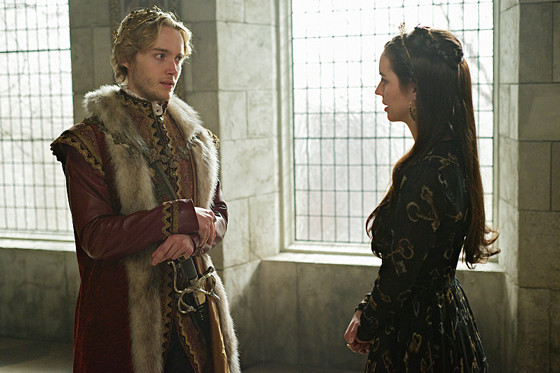 Amanda: Will we see anyone from the French Court go to the English Court and interact with Queen Elizabeth next season on Reign?!
Patience, it's a virtue. "Eventually, we will," showrunner Laurie McCarthy tells us. "Obviously, they're a sea part from one another, but you will see some travel back and forth. We will see some cross-pollination between the two courts."

Chrissy: If #AdoptNoah falls apart, well, I'm done for. Please help ease my Law & Order: SVU anxiety!
Don't think we can do that. "It is going to be heartbreaking," Kelli Giddish tells us. "The stakes are out of this world." SVU's Peter Scanavino concurs. "There are a lot of fireworks involved," he says. "Bring your tissues." Oh shoot. And there's a cliffhanger. "You're going to gasp," Kelli says. And Peter went one step further and says the emoji to describe this finale is…�� But something tells us it's not because it's a silly episode.

MORE: Want scoop on all your favorite shows? Bookmark this page! 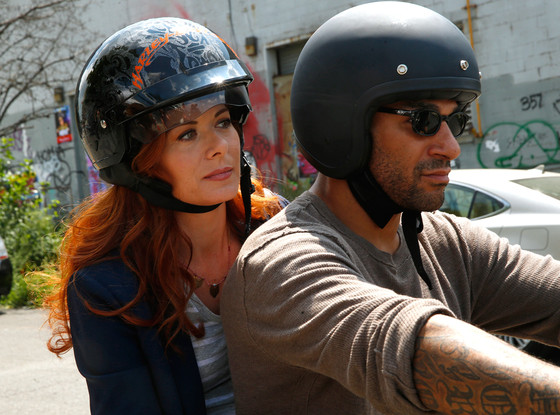 Russ: What the what is going on with Lindsay on Chicago PD? I'm worried about this finale…
Buckle up, you know these Dick Wolf shows pull all the stops out for finales. "Everybody's still reeling and dealing in their own way with the death of Nadia," Jason Beghe tells us. "And we all have our own ways of coping. Lindsay's having the hardest time and that's kind of what we're looking at—she's starting to hit the bottle it's looking like."

DJ: I know I'm not the only one excited my Mysteries of Laura is coming back. Got any finale scoop?
We tasked Janina Gavankar with that very question. "Someone's getting hurt. I can't tell you, but somebody's getting very, very, very hurt," she teases. Gulp.

Spoiler Chat is new every Tuesday at noon ET/9 am PT on E! Online. BOOKMARK THIS PAGE so you can always find it!

CLICK: Who will win The Bachelorette? Check out our power ranking!

TAGS/ Spoiler Chat , Watch With Kristin , TV , Top Stories
GET POP CULTURED!
*Email entered incorrectly. Please try again.
By subscribing to our newsletter you agree to the Privacy Policy and Terms of Use
Daily
Weekly