Mad Men Series Finale: Who Lived? Who Died? Who Finally Declared Their Love & Made Us So Happy? 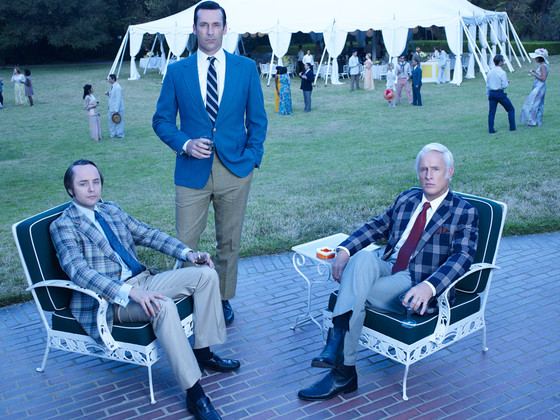 Spoiler alert! Only read on if you've watched the final episode of Mad Men, "Person to Person."

Don didn't really die, but he is no longer the man we once knew. He's now a guy who's happy in a commune doing yoga on the ground and crying with other grown men, which made a weird amount of sense for a guy who's lived such a guilt-filled life.

He tried to make some amends in a way as he tried to get Betty to allow him to come back to be with the kids when she died, but she refused his help, saying that everything needed to stay as normal as possible.

He also visited Stephanie in LA to give her Anna Draper's ring, but she didn't want it. Instead, she invited him to join her on a kind of hippie retreat up north. She may have stormed off after a group therapy session went wrong, but Don seems to have found his place there, and ended the episode meditating in khakis.

He had told a worried Peggy over the phone that he wasn't going to come back to help with the Coke account, but the series' ending shot might have told a different story: a bunch of happy people (and hippie retreat look-alikes) on a hilltop, drinking Coke and teaching the world to sing in harmony…

PHOTOS: Check out the best and worst series finales of all time! 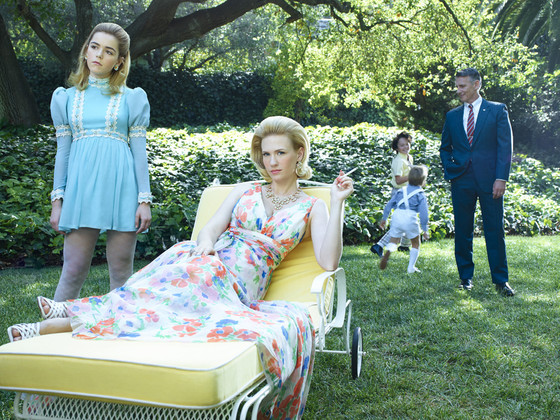 Elsewhere in Mad Men's final episode, Pete, Trudy, and Tammy took off on a private jet, Roger's getting married to Marie, and Joan did a different kind of coke and decided to open up a production company. When Richard didn't like that plan and tried to make her choose between it and him, she made the right choice and chose the company.

She tried to get Peggy to join her, but Peggy was apparently too busy FINALLY ENDING UP WITH STAN! After he admitted he was in love with her, Peggy only managed to pretend she didn't feel the same way for a minute or two, and then he ran into her office to kiss her and it was all we ever really wanted (aside from Peggy also being the boss of everyone in the world, but we guess beggars can't be choosers).

Of course, we also wanted as much Sally Draper as possible.  Unfortunately, we got her in the saddest possible way as she came back to take care of her brothers in light of her mother's impending death. Betty, however, did not die in the episode. She ended her time on Mad Men by sitting in her kitchen and smoking while Sally washed dishes.

So in the end, nothing much has changed, except every single thing has changed, and now would it be too much to ask for a Sally Draper spin-off?

What did you think of the finale? Vote in our poll below then head to the comments to weigh in!

Mad Men Series Finale
What did you think of Mad Men's series finale?

TAGS/ Mad Men , Watch With Kristin , TV , Top Stories
GET POP CULTURED!
*Email entered incorrectly. Please try again.
By subscribing to our newsletter you agree to the Privacy Policy and Terms of Use
Daily
Weekly