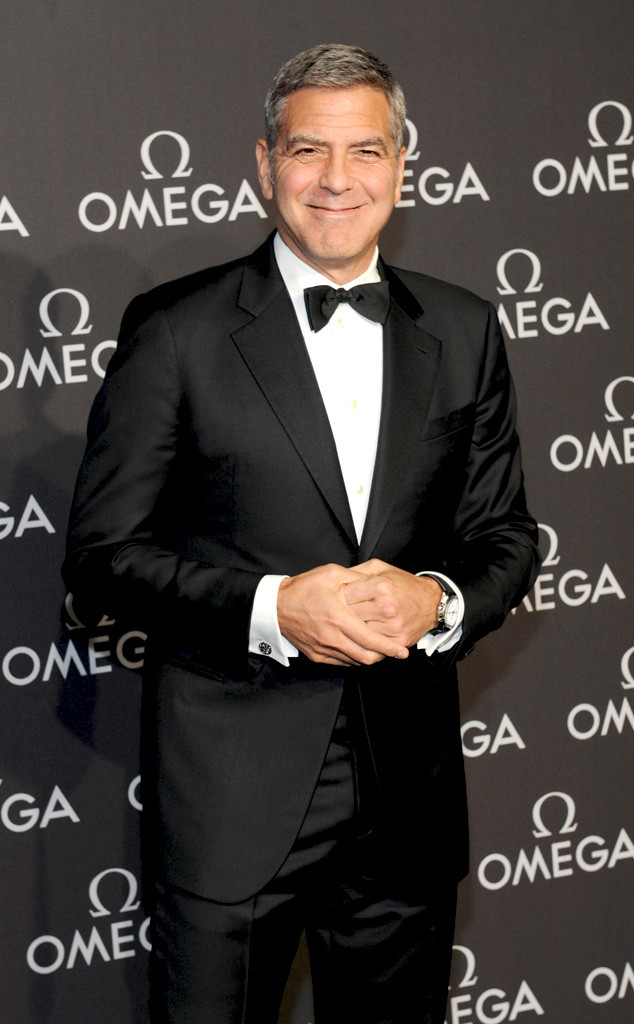 George Clooney struck a dapper pose and paid tribute to brave astronauts at an event commemorating the 45th anniversary of the Apollo 13 mission.

The gala, which took place at the Western Airways Airport Hanger in Sugar Land, Texas on Tuesday, paid tribute to luxury watch manufacturer OMEGA as a trusted partner in space exploration. Clooney, 54, is a brand ambassador for the company, which made the Speedmaster wristwatches that many NASA astronauts have worn on missions since 1969, the year of the first moon landing.

Sporting a black suit, white shirt and black bow tie as well as his own OMEGA wristwatch, the actor attended the event alone—but he didn't come empty-handed, at least proverbially, as tequila was flowing courtesy of Clooney and Rande Gerber's brand, Casamigos.

The Apollo 13 mission took place in 1970 and was to be the U.S.'s third manned landing on the moon. It was aborted following an oxygen tank explosion that put its three-man crew in danger. The near-disaster and recovery was documented in Ron Howard's Oscar-winning 1995 movie Apollo 13, which starred Tom Hanks.

"It was a huge part of the optimism at the time when you really believed that anything was possible," Clooney said at the 45th anniversary event, according to The Houston Chronicle. "And I remember the idea of landing on the moon and I remember [thinking], 'If we could do that, honestly we could do anything.'"

"If you go and look at that actual space craft, the idea that anyone got into it is crazy," he added. "It's like getting into a '57 Chevy and saying I'm going to take it to the moon and back. It's just the bravest thing I've ever seen in my life."

Clooney shared the stage with astronauts James Lovell, 87 and one of the two surviving Apollo 13 astronauts, Tom Stafford, commander of the Apollo 10 mission in 1969, which preceded the first moon landing, and Omega president Stephen Urquhart, the newspaper said.

"This was a time for us in our country when we needed these people to dream." OMEGA quoted Clooney as saying at the Apollo 13 45th anniversary event,. "You gentleman are an inspiration to all of us here and I have to tell you what an honor it is to be standing up here with you."

Fred Haise, 81, is the other surviving Apollo 13 astronaut and did not attend the event. The third, Jack Swigert, died at age 51 in 1982 after battling cancer. He was the one who famously uttered the famous and often-misquoted line, "Houston, we've had a problem here."

James also attended the 45th anniversary event, along with his wife, Marilyn Lovell, and spoke about surviving the famed aborted mission.

He also presented the Silver Snoopy Award to Omega on stage The Houston Chronicle reported, adding he also showed off the Omega watch he wore for 75 hours in space.

"The bezel is gone and the crystal is cracked," he said. 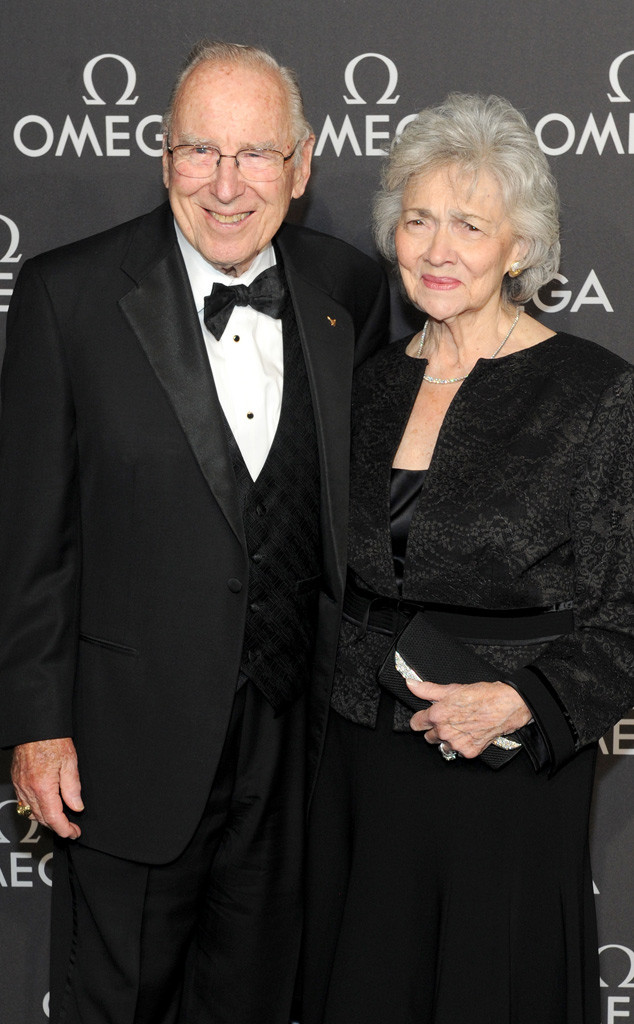 Other prominent guests included master of ceremonies Lily Koppel, author of The Astronaut Wives Club and actresses Yvonne Strahovski and Joanna Garcia Swisher, as well as Gene Cernan, 81, one of the last astronauts to walk on the moon.

Guests enjoyed dishes such as King Crab and Granny Smith fraicheur with thyme crisp and carrot and cumin espuma, a white chocolate moon sphere with light Sabayon and mixed Berries, The Houston Chronicle reported. E! News has learned that they were also served Old Fashioned cocktails, made of Clooney's own Casamigos tequila.

Thank you, Omega, for such an incredible night! Getting the opportunity to hear Jim Lovell speak about what happened on Apollo 13 was absolutely breathtaking! A true American treasure ?? #TheAstronautWivesClub #BettyGrissom #TheOmegaSpeedmaster

This is crazy. Listening to Jim Lovell's account of what happened up there on Apollo 13. Inthe flesh. Crazy. Amazing. WOW.

A photo posted by Yvonne Strahovski (@therealyvonnestrahovski) on May 12, 2015 at 3:11pm PDT

TAGS/ Top Stories , George Clooney
GET POP CULTURED!
*Email entered incorrectly. Please try again.
By subscribing to our newsletter you agree to the Privacy Policy and Terms of Use
Daily
Weekly