Did The Good Wife Fake That Alicia-Kalinda Scene? Here's What We Know About Archie Panjabi's Exit...

Last night's insanely insane season finale left us all in a puddle of angst and anxiety, as many well-earned surprises were dropped in our laps.

The biggest of all, of course, was Alicia (Julianna Margulies) and Kalinda (Archie Panjabi), who have not been in the same room for two years, FINALLY sharing a scene together again.

Not gonna lie, our E! Online TV Scoop team has spent far too much time this morning watching, and rewatching, and freeze-framing that epic, jaw-dropping Kalicia scene, and we gotta say…It sure looks like it could have been a CGI'd split screen to us. Meaning that the actresses actually shot it separately and were never in the same room.

Check it out above.

READ: Do we care too much about The Good Wife's love triangles? 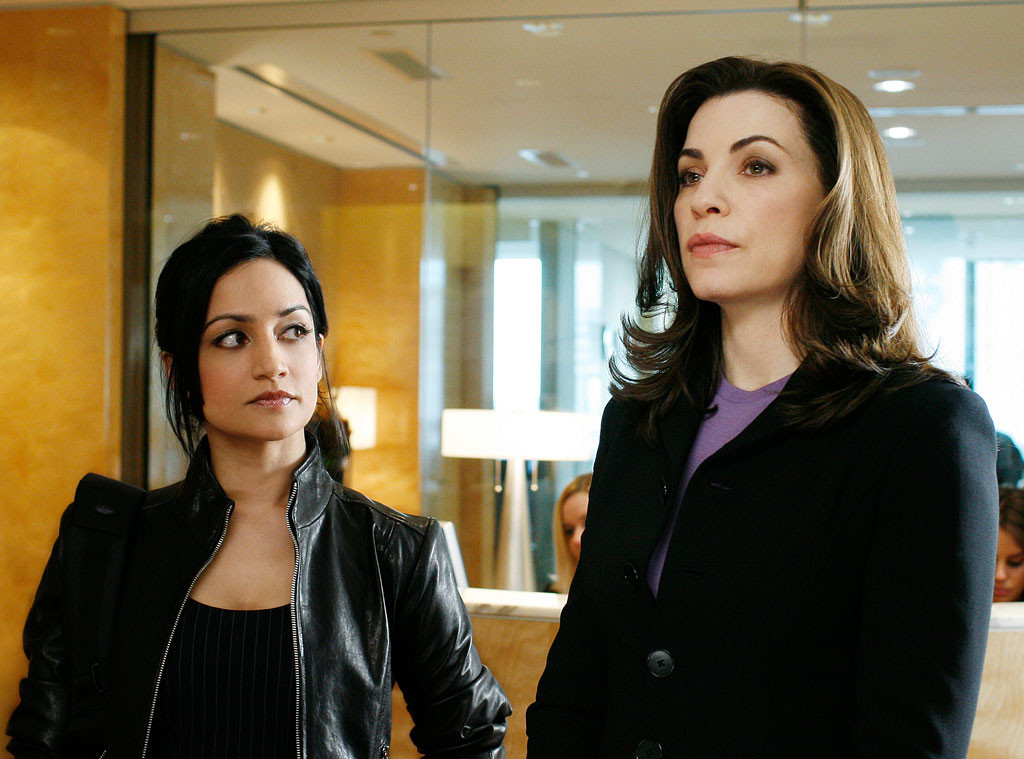 When filmed from the front, it's a locked shot that could easily be a split screen. They never cross into each other's space. Not even when they clink glasses for a toast. And when it's a one shot of either actress, there is nothing shown of the other actress's face. We just see Julianna's wig (which she always wears anyway), and a small portion of  "Archie's" hair.

So far, CBS has not yet commented on whether Margulies and Panjabi shot this scene together, or if it had to be digitally mastered for some reason. But of course, the idea of it being a split screen brings up that other juicy rumor that has been floating around for years: That Julianna Margulies and Archie Panjabi have not shared a scene together in years because they hate each other. And that's why Archie left the show.

Have to admit, when we checked in with reliable sources this morning who work on the show: What we found was shocking. In that…It wasn't shocking at all.

According to two insiders who work on the show, this "whole cast is like family," and that includes Archie. "There was no tension with anyone," says one source regarding the rumors of strife between Julianna and Archie.

I'm told the reason for Archie's exit, which was announced in October, was far less salacious than you may have heard: Her contract was up, The Good Wife execs asked her to stay, but she was offered a talent development deal with 20th Century Fox with plans for her to headline her own show this fall. Which she signed. So far, that show has not yet come to fruition, but the deal is still in place.

SCOOP: Where does The Good Wife go from here?

So why would last night's Kalinda and Alicia scene have had to be digitally remastered? Was it? If it was, is it possible they couldn't work it out in their schedules to be in the same room? Or is it something more? Is it possible we've spent so much time looking at this video and thinking about this that we can't tell reality from illusion any more?

Don't answer that. The answer is yes. But the good news is this: The Good Wife seems to be in an excellent place to carry on after Panjabi's exit with more bad assery ahead.

Thoughts/theories on Archie Panjabi's exit? And what YOU see in the scene above? Hit the comments or tweet me at @KristinDSantos. Would love to hear from you.

TAGS/ Top Stories , TV , The Good Wife
GET POP CULTURED!
*Email entered incorrectly. Please try again.
By subscribing to our newsletter you agree to the Privacy Policy and Terms of Use
Daily
Weekly