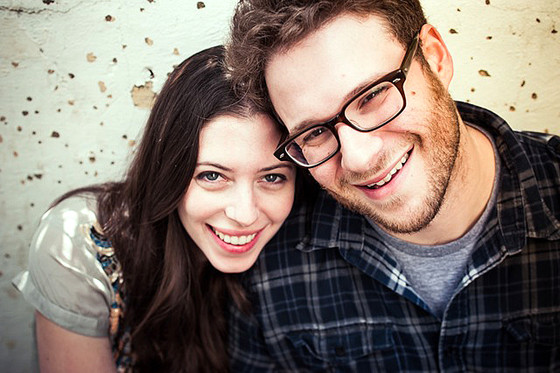 Courtesy of Hilarity for Charity

About 10 years ago, Seth Rogen met his now mother-in-law, Adele, who not long after their first hello was diagnosed with early onset Alzheimer's. In a very emotional conversation, Seth and his wife, Lauren Miller Rogen, opened up about their experience, from the moment they found out about Adele's diagnosis through the creation of Hilarity for Charity an organization they founded to support the Alzheimer's Association.

Lauren tells E! News exclusively, "I don't remember the exact moment my mom was diagnosed, because, at the point in which I started realizing and recognizing symptoms to the point she was diagnosed was like four years, so it was sort of a confirmation of what we kind of already knew."

From that moment on, their lives were forever changed, and they both worked hard to support the Alzheimer's Association. "It felt like we were doing something" Seth said, "which was nice, not just being victims of circumstance, but also what made us realize that as great as Alzheimer's Association events were, they were not targeted towards young people specifically, and that's what we thought we could try and do."

"Once Seth was getting out there and talking about it, young people started coming to us" Lauren said, "and thanking Seth for sharing his story, and so it became this sort of natural growth to focus on giving young people a voice in a disease where they didn't really have much of a voice before."

Last February, Seth spoke at a Senate hearing on Alzheimer's research, noting one of his reasons for starting HFC was his hope to raise awareness.

"It was scary when I learned how many people have it, and how there is nothing you can do about it," Seth said.

He furthered, "I wasn't around, but I hear that in the '70s, cancer was something people didn't really talk about, and then slowly it became something that a lot of people talked about and rallied behind curing. And I think Alzheimer's is in a similar place—people who have it don't come out. I could see from Lauren's mother it was very shameful. I think because a lot of people don't know about it, no one wants to be the one bringing it up when no one is bringing it up. I think that hopefully we've done something to make it more of the conversation, but there is a long way to go."

Hilarity for Charity offers grants to those who can't afford in-home care, having partnered with Home Instead. Over the last two months, HFC gave out 6,000 hours in care and they're about to give a lot more.  Seth says of HFC, "We're getting letters from people who are saying, 'I can now do things because someone is coming to help me.' It's a very direct cause and effect, which is very nice and awesome to see with a charity."

One of HFC's newest programs is HFCU—U for University, as this program is geared towards college students—a sort of nationwide contest where universities will host their own HFC-sponsored events. The past winners won a private screening of Superbad with Seth! "We try and incentivize them" Seth added.

Within the last few years, HFC has raised almost $2.5 million all going to the Alzheimer's Association in hopes of one day finding a cure. To check out all the other awesome ways you can become involved with HFC, visit the Hilary for Charity website.

TAGS/ Seth Rogen , Do-Gooder , Injury And Illness , Exclusives , Top Stories
GET POP CULTURED!
*Email entered incorrectly. Please try again.
By subscribing to our newsletter you agree to the Privacy Policy and Terms of Use
Daily
Weekly