Bruce Jenner's New Life as a Transgender Woman to Be Chronicled in E! Documentary Series—Get the Details! 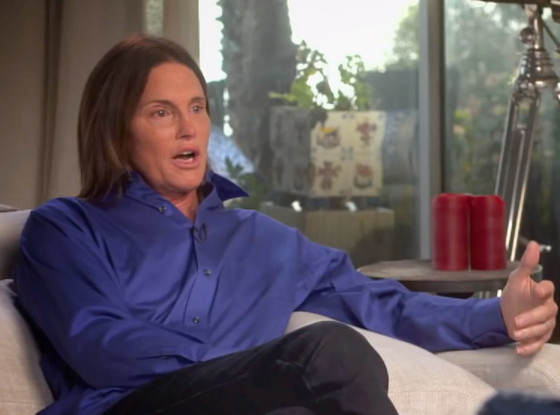 Keeping Up With the Kardashians fans can keep up with Bruce Jenner in a new way.

E! will soon debut a new documentary series that gives viewers an inside look at the Olympic athlete embracing life as a transgender woman. Living for the first time as the person he feels he was born to be, the docu-series will explore what Jenner's transition means for the people in his life and how those relationships will be affected, while offering a better understanding of life's many challenges.

(At this time, Bruce Jenner has not chosen to publicly identify as a woman and so E! News will continue to refer to him as Bruce and use male pronouns, until he indicates otherwise.)

The eight-part, one-hour series premieres July 26 at 9 p.m. on E! and will also air on the E! channels internationally. The series title will be announced at a later date.

PHOTOS: Keeping up with the Kardashian family

"Bruce is incredibly courageous and an inspiration, and we are proud to be entrusted with this deeply personal and important story," says Jeff Olde, executive vice president, programming and development, E! "This series will present an unfiltered look as Bruce boldly steps into uncharted territory and is true to himself for the first time."

Jenner discussed his transition for the first time with Diane Sawyer in an interview that aired Friday. As the athlete and motivational speaker vowed in the special, "I feel like I'm gonna be OK. 2015's gonna be quite a ride. Quite a ride."

Jennifer Finney Boylan, the Anna Quindlen Writer in Residence and professor of English at Barnard College of Columbia University, is consulting on the series. She also sits on the board of directors and is the national co-chair of GLAAD; contributing opinion writer for the New York Times; and a member of the Board of Trustees of the Kinsey Institute for Research on Sex, Gender & Reproduction. Dr. Marie Keller, Ph.D, founder and director of the Los Angeles Gender Center and a member of the California Association of Marriage and Family Therapists (CAMFT), and the World Professional Association for Transgender Health (WPATH), also serves as a consultant on the upcoming docu-series. Susan P. Landon, MA, LMFT, director of child and adolescent services at the Los Angeles Gender Center, is also consulting on the docu-series. Landon is also a member of the CAMFT and WPATH.

Learn more about what it means to be transgender at http://glaad.org/transgender

If you are transgender and need help or advice, contact the Trevor Project http://t.co/guMjyYIfng

PHOTOS: Bruce Jenner, Olympian and beyond

TAGS/ Bruce Jenner , Top Stories , Kardashian News
GET POP CULTURED!
*Email entered incorrectly. Please try again.
By subscribing to our newsletter you agree to the Privacy Policy and Terms of Use
Daily
Weekly