Why Patrick Dempsey's Death on Grey's Anatomy Is Not OK 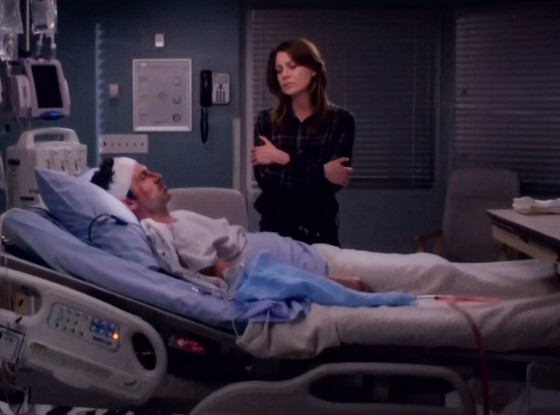 If you love TV, and you love good TV, you are no stranger to death on TV.

Most of the shows that completely suck us in these days—The Walking Dead, Game of Thrones, The Vampire Diaries, The Originals, Homeland, House of Cards, and yes, every Shonda Rhimes show—are filled with so many soul-punching deaths, it's sometimes hard to even keep track of who's coming and going. (And our therapy bills.)

It was not OK.

WATCH: This Derek Shepard memorial video will wreck you 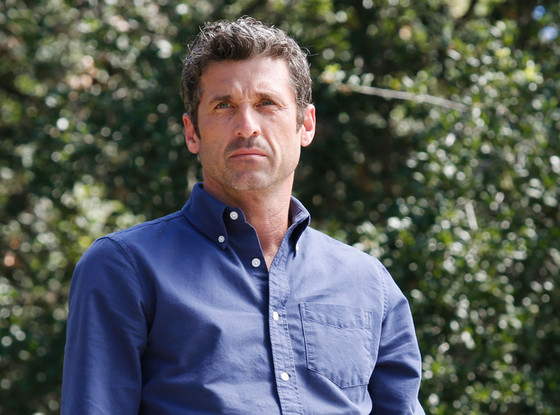 Anyone who'd been following this story, behind-the-scenes, had seen it coming: Patrick Dempsey, for a while now, had been saying he only was doing the show for the money, and planned to leave "very soon." Then there were rumors of diva behavior on set, and true or not, we all know Shonda Rhimes has a strict "No A—holes" policy. (Just ask Isaiah Washington, Katherine Heigl and Columbus Short. Though, oddly, no one got such a brutal ending.)

Most fans sensed that Patrick Dempsey was leaving. But how Dr. Derek Shepherd would go remained a mystery, until last night, when we were faced with the most horrible of truths: Derek Shepherd was killed off, after a storyline fake-out that made us think he was OK, and after his wife Meredith Grey (Ellen Pompeo) had to leave her house in the middle of the night with her two small children, and pull the plug on the love of her life.

It was just, really…not OK.

I'm sure every fan experienced this death differently—most with an incredible amount of ugly cry-heaving. But even now, the morning after, I still can't get past this point: Grey's Anatomy has been robbed of any hope for a happy ending. And that just feels unnecessary and cruel.

I say this not as a fanatical Meredith and Derek shipper (really, I'm not), but as a sometimes devoted, sometimes casual fan, and as someone who has watched since the very first episode, when it was clear that at its core, Grey's was more or less a deeply layered love story about Meredith Grey and Derek Shepherd, and all the people in their lives.

READ: Grey's Shocker: Shonda Rhimes and Patrick Dempsey speak out on his exit 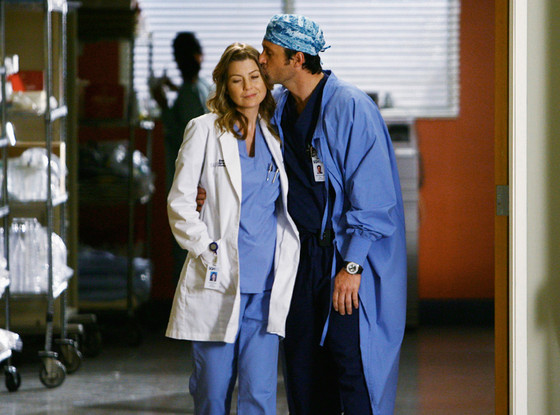 And now, where do we go from here? Yes, Shonda Rhimes and Betsy Beers and their writing staff will continue to crank out some brilliant story-telling week after week, and there are plenty more characters, and amazing actors, to service. But now, the cold hard truth is that we must always watch under the shadow of what will never be: A happy ending for our girl Meredith Grey.

Sure, there are plenty of other scenarios: Meredith could decide to whisk her kids off to Switzerland and join her "person" Cristina Yang (Sandra Oh—who damn well better be at that funeral next week) and be professionally fulfilled. She could meet another love. She could win a major award. She could, and of course will, move forward and have a relatively happy life. Intelligent women/humans everywhere know our happiness is not dependent on another person.

But as far as the decade-plus-long experience of watching Grey's? And what we fans expected to see in the very end of this TV show that asked us to care so very much? That's gone. There will be no happily ever after for Derek and Meredith and their two children. 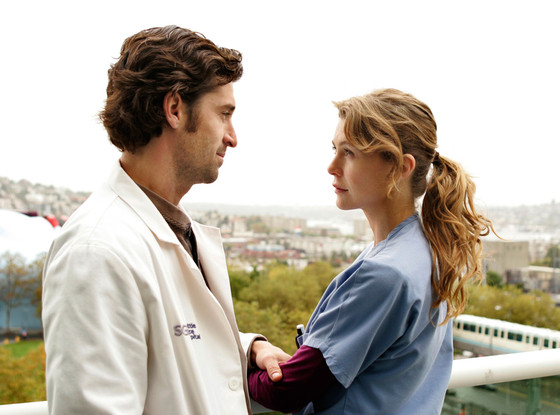 Of course, that also is the very reason we watch Shonda Rhimes' shows in the first place: What we expect to happen NEVER happens. It is incredible story-telling. Emotional story telling that makes us feel all the feels—and feel deeply. And Derek Shepard's death is certainly a TV moment we will never forget.

But I still can't help myself from wondering: At what price?

Should Derek have died such a brutal, shocking death, eradicating any hope of a happy ending for fans of the show? Couldn't he just have stayed in his fancy job in D.C. until it was time for the show's ending?

I'm honestly really interested to hear from you fans, and what you think.

Your thoughts and group hugs are welcome in the comments section below and via Twitter: @kristindsantos.

If nothing else: Today is a beautiful day to feel connected with other Grey's fans.

TAGS/ TV , Top Stories , Watch With Kristin , Grey's Anatomy
GET POP CULTURED!
*Email entered incorrectly. Please try again.
By subscribing to our newsletter you agree to the Privacy Policy and Terms of Use
Daily
Weekly