Did The Bachelor Finally Master Dancing with the Stars? Find Out Who Went Home! 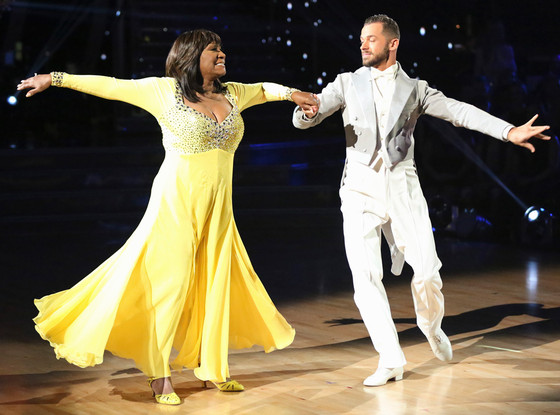 The queen has left the building.

We were having so much fun tonight we almost totally forgot there was even an elimination, and we were definitely saddened to see that it was the incredible Patti LaBelle who had to go.

That was pretty much the best episode yet this season. We thought we loved Disney week last week, but spring break week had some moments that totally destroyed last week.

Patti, regardless of her eventual elimination, brought out her usual grace and perfection for her quickstep with partner Artem Chigvintsev but she also added a little twist by kicking off her shoe halfway through and killing the rest of the dance with just one shoe.

As for the rest of the crew, we'd like to congratulate Mr. Chris Soules who finally, finally figured it out.  He and Witney Carson actually looked like they were having fun, and while Len Goodman saw technique that needed work, we just saw happiness on the faces of everyone in the room. The Bachelor wasn't going to embarrass anyone tonight, not even himself (except for that time he clearly wanted that "spring break" meat and Witney apparently said no). A score of 31 out of 40 ain't half bad!

MORE: Get the full list of last week's scores!

In other excellent news, we are definitely warming up to Riker Lynch, whose name we had never heard before he joined the show. Now, we kinda love him. He not only spent all of last week in character as Jack Sparrow, but this week he and Allison Holker blew us away with their samba, and got the highest of the night with 37 out of 40.

Rumer Willis and Val Chmerkovskiy also blew us away, but the judges were slightly less impressed. Val really struggled with the task of choreographing "Bootylicious" and the dance ended up prompting Len to say, "It's a ballroom, not the bedroom," while Val made his apologies to Rumer's dad, Bruce Willis. They ended up with a respectable 32 out of 40.

Our favorite thing of the entire night, however, was the second team dance. While Team YOLO—consisting of Robert and Kym, Noah and Sharna, Nastia and Derek & Willow and Mark—were totally fine and entertaining, Team Trouble—Patti and Artem, Chris and Witney, Rumer and Val & Riker and Allison—were phenomenal.

Their classroom-themed dance—with Patti as the teacher—was just way too much fun to watch, and if we were the judges, we would have regretted giving the first team a 39 so that they could have then given the second (and much better) performance a 39. Or, better yet, we would have just given Team Trouble a 40 because they deserved it, gosh darnit!

PHOTOS: Did you know these DWTS hookups happened off the show?

Check out the clip below to watch Patti's magnificent shoe-kicking moment!

What did you think of tonight's performances? Head to the comments to weigh in!

CLICK: Check out DWTS' 23 craziest costumes of all time!

TAGS/ Dancing With The Stars , Watch With Kristin , TV , Top Stories
GET POP CULTURED!
*Email entered incorrectly. Please try again.
By subscribing to our newsletter you agree to the Privacy Policy and Terms of Use
Daily
Weekly