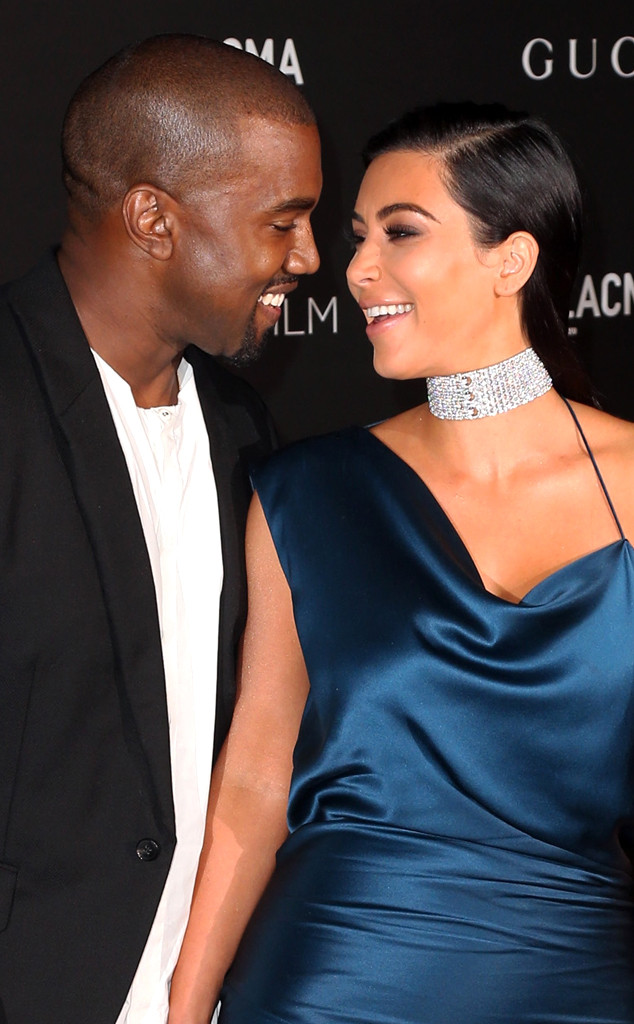 The Keeping Up With the Kardashians star is, however, a fitness fanatic. In her book Selfish, excerpted in Harper's Bazaar, Kim provides a detailed account of what a typical day is like. After waking up at 6:00 a.m. and scrolling through her phones, she talks to her husband, Kanye West. "I'll say, 'Do you want to go for a run?' And he usually does," she writes. "Or he won't because he has a workout."

Next, she'll check in on North West before her run. "I live in a gated community with lots of horse trails, so I run on those, or on the treadmill in our home gym on the other side of the house. My workouts are usually about an hour, maybe an hour and 15 minutes total, but I like to mix them up," she says. "Running takes me about 35 minutes on the trails, and then I'll come back and work my abs or legs."

Kim finishes her workouts by 8:00 a.m., just before North wakes up. "I try to have breakfast really quick, before she's up, but I'm rushing and always checking the monitor. I'll usually have scrambled eggs or oatmeal, or a protein shake with fruit. Kanye loves to eat really healthy and is always on different diets," she says. "He has a chef who comes in the morning and cooks breakfast for both of us and gets our meal plans together for the day. We just started seeing a nutritionist who changes our diet every 10 days."

If she's shooting Keeping Up With the Kardashians, production will start at noon. "We break only if we eat, if we break at all," Kim explains, adding, "We have three crews and they switch to get their breaks." If she's not filming new episodes, she will typically attend one to two business meetings per day.

Kim usually eats lunch at 1:00 p.m. "I prefer to have the chef make my lunch because it'll be healthier," she admits. "Lately it's been fish and vegetables, or chicken and vegetables—something like that."

"If I need a sweet-tooth fix, I'll have those Justin's peanut butter packs; the almond butter is also really good. I'll just eat it plain," she writes. "I used to drink a ton of iced tea, but I've cut back. I had the craziest addiction to Equal—I'd put 10 Equals in every iced tea. My sister [Kourtney Kardashian] would always say, 'You can't have that much sweetener!' I've trained myself to have just one iced tea a week, and I'm down to three Equals. I'm not really a coffee drinker. I like it, and I'll have some when I'm really jet-lagged, maybe once a month. I try to drink water. I think after you have a baby you want everything to be as pure as possible. I want to set an example and to be natural and healthy. It's a decision Kanye and I made, to see a nutritionist together. Also, I think anything could help if I'm trying to get pregnant."

Dinner is at 7:00 p.m. "I have vegetables and fish or chicken, just like lunch." Every so often, Kim will break her diet. "I don't really have cocktails or desserts—I mean, I wish! Haagen-Dazs is my biggest indulgence—their Dulce de Leche flavor is my favorite thing in life," the E! star dishes.

Tune in for Keeping Up With the Kardashians Sundays at 9 p.m., only on E!

PHOTOS: Kardashians in the Middle East

TAGS/ Kim Kardashian , Kanye West , Keeping Up With The Kardashians , Celebrities , Top Stories
GET POP CULTURED!
*Email entered incorrectly. Please try again.
By subscribing to our newsletter you agree to the Privacy Policy and Terms of Use
Daily
Weekly