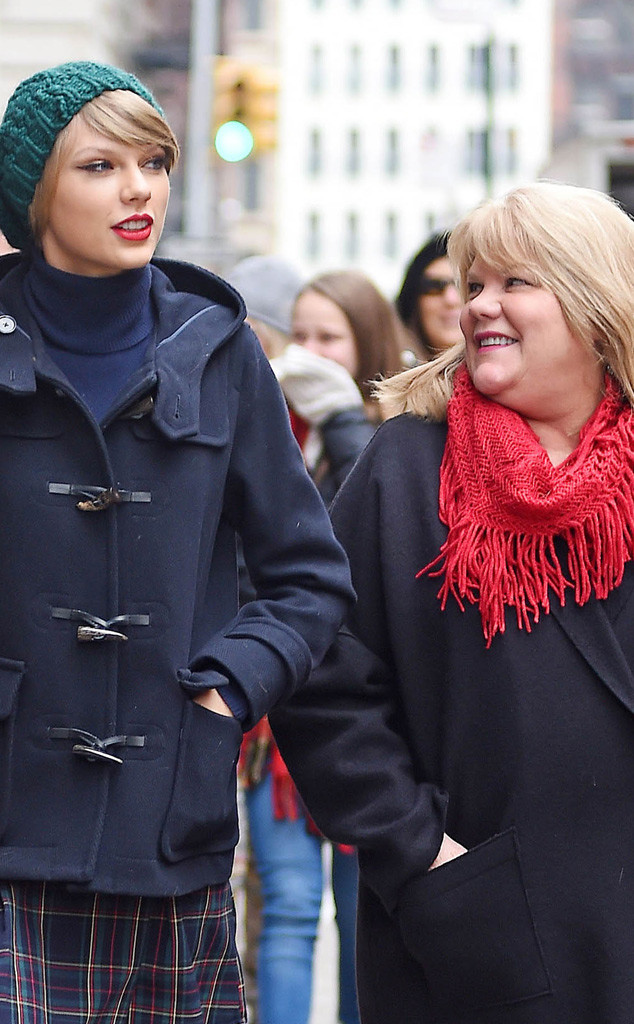 In a heartfelt Tumblr post, titled "Just So You Know...," the "Style" singer revealed that her mother, Andrea Swift, has been diagnosed with cancer. "Hey guys, I'm writing to you with an update I wish I wasn't giving you, but it's important and I'm used to sharing important events in my life with you. Usually when things happen to me, I process them and then write music about how I feel, and you hear it much later. This is something my family and I thought you should know about now."

"For Christmas this year, I asked my mom that one of her gifts to me be her going to the doctor to get screened for any health issues, just to ease some worries of mine," the 25-year-old, seven-time Grammy winner continued. "She agreed, and went in to get checked. There were no red flags and she felt perfectly fine, but she did it just to get me and my brother off her case about it. The results came in, and I'm saddened to tell you that my mom has been diagnosed with cancer."

NEWS: Taylor Swift explains why dating is "the last thing" on her mind

"I'd like to keep the details of her condition and treatment plans private, but she wanted you to know. She wanted you to know because your parents may be too busy juggling everything they've got going on to go to the doctor, and maybe you reminding them to go get checked for cancer could possibly lead to an early diagnosis and an easier battle...Or peace of mind in knowing that they're healthy and there's nothing to worry about. She wanted you to know why she may not be at as many shows this tour. She's got an important battle to fight," Taylor added.

"Thank you for caring about my family so much that she would want me to share this information with you. I hope and pray that you never get news like this."

NEWS: Taylor Swift and her brother get super competitive

Taylor has sung her mother's praises for years, telling Katie Couric in 2009, "I had that group of friends when I was about 12 and then I lost that group of friends. They all decided they didn't want to hang out with me anymore. I would go sit at the lunch table and they'd move their trays to another table, which is not fun to go through. So, at that point, all I had was my mom."

To thank Andrea, she released a special song on Mother's Day in 2011.

"'The Best Day' is a song that I wrote without telling my mom," Taylor said. "I wrote it in the summertime, and I recorded it secretly, too. I had this idea that I wanted to play it for her for Christmas. So, when I got the track I synced up all of these home videos from when I was a little kid to go along with the song like a music video, and played it for her on Christmas Eve and she was crying her eyes out."

Taylor also thanked Finlay for being her "only friend" when she was 13 years old and "couldn't understand why my friends were being so mean to me. She would just take me on these adventures and we would drive around and go to towns we'd never seen before. Those adventures and those days of just running away from my problems—you're not supposed to run away from your problems, but when you're 13 and your friends won't talk to you and they move when you sit down at the lunch table, and your mom lets you run from those problems, I think it's a good thing...My mom was my escape in a lot of ways."