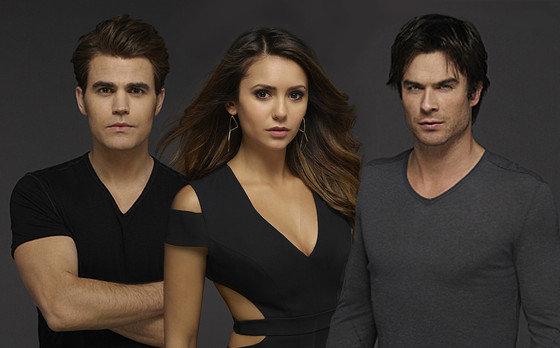 It's been an emotional week for many Vampire Diaries fans, with the surprising news that Nina Dobrev has left the show.

There are lots of questions: How will the show go on? Who will be the focus now? Will the CW pay for therapy for Damon and Elena fans? (They should.)

One question, though, that keeps popping up, and it seems to be based on speculation from people who follow celebrity gossip but don't really watch or follow TVD, is this:

Did Nina Dobrev leave The Vampire Diaries because of her split from Ian Somerhalder?

Fans and media alike are asking whether she's leaving the show because of a wounded heart, or because it's just too awkward on the set, after Ian and Nina split up and he moved on with Nikki Reed, to whom he is now engaged.

This question keeps rearing its head everywhere, so for what it's worth, here's what we can tell you:

1. According to multiple sources who work on the show, Nina Dobrev and Ian Somerhalder have had no issues working with each other, despite their romantic relationship ending in 2013. Sources tell me that they've never seen any awkwardness between the pair behind the scenes. They are professionals above all else, and have remained supportive of each other.

Check out this video interview from January in which Nina (who already knew she was leaving) gives her take on working with Ian after the breakup: 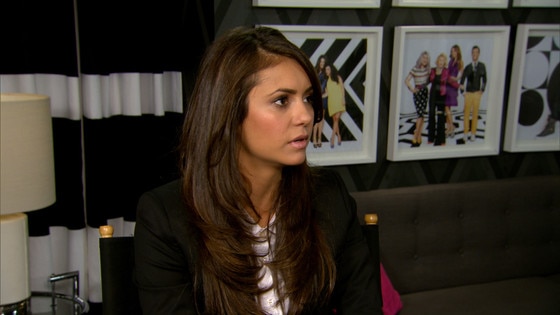 "If you're with someone for that long, obviously, there's the qualities in them that you enjoy, and it doesn't change because you're not together anymore," Nina said of Ian. "I have an enormous amount of respect and love for him and everyone. It doesn't change. It shouldn't. Otherwise, why were you with them?"

2. Multiple insiders also tell me that Nina had been hinting/saying that she wanted off TVD after six seasons even before she and Ian broke up. As she said herself in her Instagram when she broke the news, she "always knew I wanted Elena's story to be a six season adventure." The main stars were originally contracted for six seasons, and each one of them could then decide if they wanted to do more.

3. So then why did she leave? Well, Nina wants to do movies, which is impossible to do when you are in Atlanta two-thirds of the year. Also, (and I know it's hard to feel sympathy for fancy TV stars) working on a show like The Vampire Diaries can be incredibly long hours, particularly for someone who plays multiple characters—sometimes all in the same scene. (Ask Sarah Michelle Gellar what her work life was like and he she really felt about Ringer ending and I think you'll hear the same. Orphan Black also had to shift focus of characters for the new season, and add a few days into the production of each episode, to keep Tatiana Maslany from burning out.) According to sources, it's a big part of the reason Katherine (Elena's doppelganger) was killed off last year. It was just too much to handle long-term.

4. Nina also, just FYI,  seems legitimately grateful for what TVD has given her. Check out this video interview from March 2013, in which she knew she was leaving, and you can feel the legit emotion/struggle behind her answers (the second half of the video is how Nina responded when I asked how long she wanted to do the show, from January of this year): 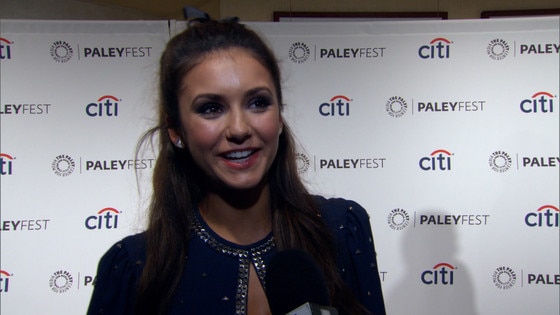 All that said…Yes, everyone knows that working with an ex, and having to shoot intimate love scenes is not the ideal workplace scenario. We are all humans. We get it. Breakups are hard. But is Nina leaving the show solely because things didn't work out with her boyfriend? No. Would she have decided to stay on past season six if she had stayed together with Ian? Honestly, from everything I've heard for years from sources who work on the show, I really don't think so. It was her plan all along.

Also, it's important to point out that the best could be yet to come for The Vampire Diaries. Nina was a force, for sure, and Damon and Elena (and Stefan and Elena) will remain one of the greatest TV love stories ever told, but other shows have rebounded from losing a beloved star in surprising ways. (The Good Wife after Will's death; Two and a Half Men after Charlie Sheen; Grey's Anatomy after Katherine Heigl. And T.R. Knight. And Sandra Oh.)

So, guys, let's not forget about hope.

TAGS/ TV , Watch With Kristin , Top Stories , The Vampire Diaries , Nina Dobrev
GET POP CULTURED!
*Email entered incorrectly. Please try again.
By subscribing to our newsletter you agree to the Privacy Policy and Terms of Use
Daily
Weekly