Who Got Dancing with the Stars' Highest Score So Far This Season? Plus, Another Star Goes Home 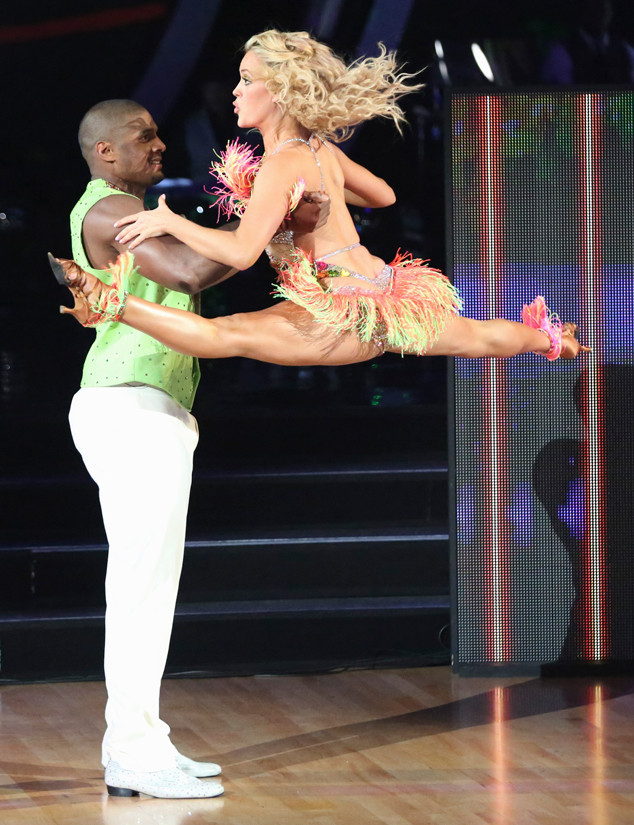 What an emotional night!

It was "Most Memorable Year" night on Dancing with the Stars  and we will fully admit that we teared up a couple of times as the stars talked about some of the best or hardest years of their lives. Robert Herjavec shared his mother's journey with cancer, Noah Galloway describing his recovery after losing his arm and leg, and Rumer Willis told us we could all learn to love ourselves.

The truly gorgeous dancing didn't help either, and we found ourselves wishing there were no scores and therefore no reason to send anyone home. Unfortunately, that was not the case, and somebody had to go.

That somebody unfortunately turned out to be Michael Sam, whose most memorable year was 2014, when he revealed to the country and his father that he was gay. While the majority of the country responded positively, his father didn't, and his beautiful dance was meant to reflect that difficult relationship.

Bruno Tonioli said that it was the best dance that Michael had ever done, and Julianne Hough called it "awesome." Unfortunately, it wasn't enough to save him and Peta Murgatroyd from elimination, even with a respectable score of 30/40.

It was actually Chris Soules who landed at the back of the pack tonight with a 27/40, despite the fact that he dedicated his dance to fiancée Whitney Bischoff. Len Goodman told him straight up that "it wasn't very good," but the other judges told him he was improving.

MORE: Check out the full list of last week's scores

Just above Chris was Suzanne Somers, who danced a fox trot to the Three's Company theme song. By the time that was over, we couldn't have cared less about scores, but she earned a 28/40.

Meanwhile, Hunger Games star and youngest contestant ever Willow Shields completely rocked her Hunger Games-themed dance with Mark Ballas and earned the highest score of the competition so far with a 39/40. Basically, all of the judges aside from Len thought it was perfect, and we did too.

Rumer Willis and Nastia Liukin also both completely knocked it out of the park tonight, though Len tried to tell them their dances had no character, because somebody clearly got up on the wrong side of the bed this morning. Take a nap, Len!

In the end, for some reason, Willow and Mark, Michael and Peta, and Riker Lynch and Allison Holker were all in jeopardy, and it really only made sense that Michael was the one to go, as sad as it was.

Check out the full scores below, then head to the comments to let us know who your favorite was!

Dancing with the Stars airs Mondays at 8 p.m. on ABC.

PHOTOS: Did you know these DWTS hookups happened off the show?

TAGS/ Dancing With The Stars , Watch With Kristin , TV , Top Stories
GET POP CULTURED!
*Email entered incorrectly. Please try again.
By subscribing to our newsletter you agree to the Privacy Policy and Terms of Use
Daily
Weekly