Trevor Noah Is the New Host of The Daily Show 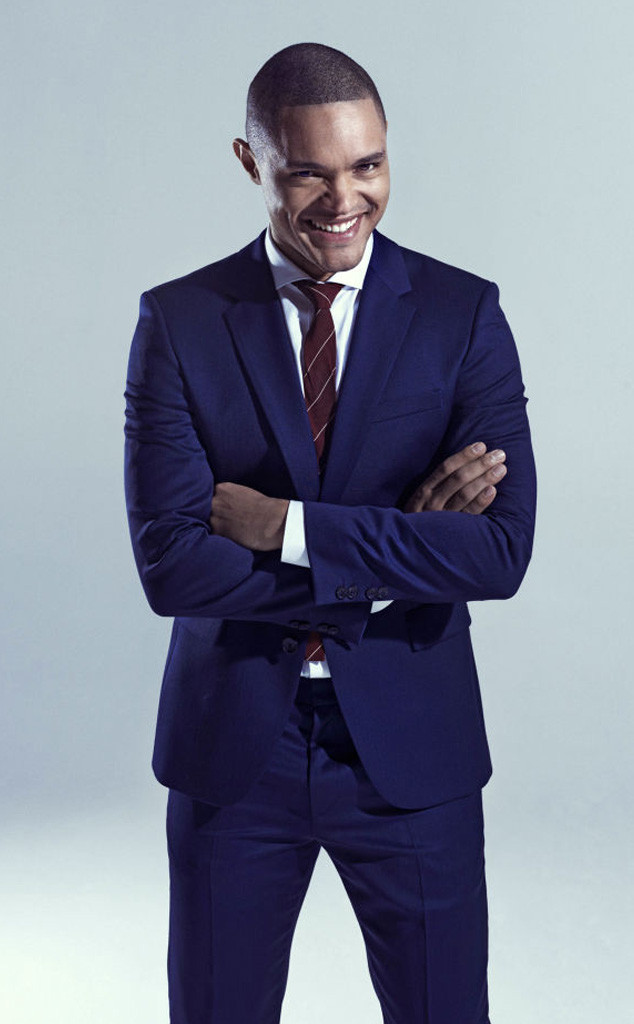 Trevor Noah is the new host of The Daily Show. The 31-year-old made his debut as a contributor in December. Fast forward three months and he's replacing Jon Stewart as the host of the popular Comedy Central program.

"It's an honor to follow Jon Stewart. He and the team at The Daily Show have created an incredible show whose impact is felt all over the world," Noah said in a statement. "In my brief time with the show they've made me feel so welcome. I'm excited to get started and work with such a fantastic group of people."

"You don't believe it for the first few hours," Noah told The New York Times regarding learning about his new gig. "You need a stiff drink, and then unfortunately you're in a place where you can't really get alcohol."

"I'm thrilled for the show and for Trevor," Stewart said in a statement. "He's a tremendous comic and talent that we've loved working with...In fact, I may rejoin as a correspondent just to be a part of it!!!"

Stewart announced he was leaving his post on the long-running show in February. He's been the host of the show since 1999. Veteran correspondent Jason Jones recently left the show with his wife, Samantha Bee, also exiting this year as part of a new TBS deal.

"What I want to see there is the next iteration of this idea," Stewart said about his Daily Show retirement, per The Hollywood Reporter. "I feel like the tributaries of my brain combined with the rigidity of the format. I feel like I used every permutation of that I could possibly use."

Noah, a South African native, has hosted numerous TV shows in his home country, including two seasons of his own late-night talk show, Tonight With Trevor Noah. According to his Comedy Central bio, he made his US TV debut in 2012 on The Tonight Show With Jay Leno. The comedian has also had his own Showtime special, Trevor Noah: African American, and performed for the royal family in 2013.

MORE: Find out where Samantha Bee is going!

Popular TV stars Amy Poehler and Tina Fey were fan-favorites to take over the program. Late-night talk shows have been criticized for being male dominated, but Comedy Central's president, Michele Ganeless, told The New York Times that the network "talked to women. We talked to men. We found in Trevor the best person for the job."

"Trevor Noah is an enormous talent. He has an insightful and unique point of view, and most importantly, is wickedly funny," Ganeless said in a statement. "For the next host of The Daily Show, we set out to find a fresh voice who can speak to our audience with a keen take on the events of the day, and we found that in Trevor. He has a huge international following and is poised to explode here in America, and we are thrilled to have him join Comedy Central."

Noah, who is still a new face to US viewers, took to Twitter after the news broke.

"No-one can replace Jon Stewart," he tweeted. "But together with the amazing team at The Daily Show, we will continue to make this the best damn news show!"

No timeline for Stewart's exit has been announced.

The Daily Show airs weeknights at 11 p.m. on Comedy Central.

PHOTOS: Renewed or canceled? Find out the fate of your favorite shows!

TAGS/ The Daily Show , Top Stories , TV , Watch With Kristin
GET POP CULTURED!
*Email entered incorrectly. Please try again.
By subscribing to our newsletter you agree to the Privacy Policy and Terms of Use
Daily
Weekly