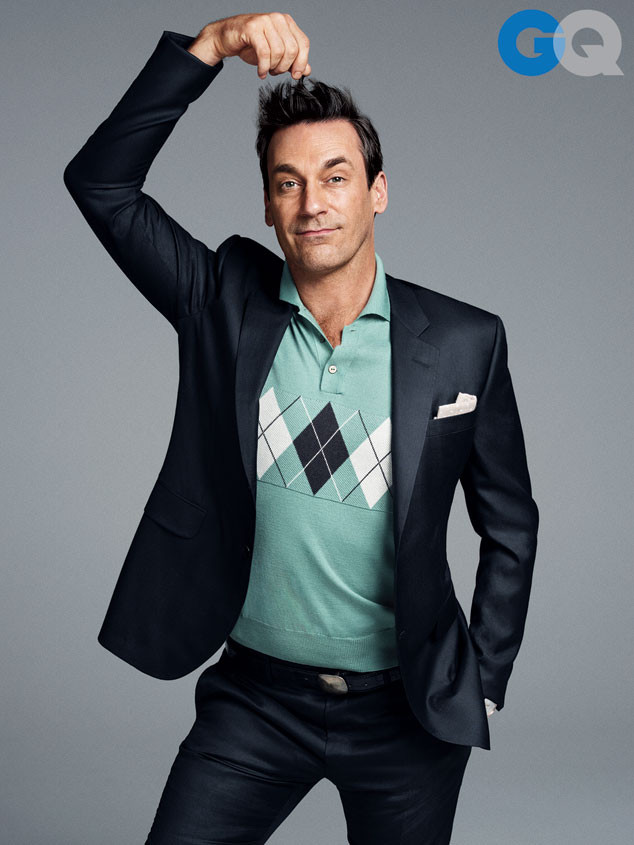 The seventh and final season of AMC's Mad Men premieres Apr. 5, and for Jon Hamm in particular, that's both freeing and terrifying. The remaining seven episodes were shot in the summer of 2014, and according to the actor, no one understands a prolonged goodbye quite like Bryan Cranston, who played Walter White on AMC's other flagship drama, Breaking Bad. So, what did the six-time Primetime Emmy Award winner tell Hamm about moving on from a hit TV show? "'It's hard, man. It's hard to let it go. It'll hit you a couple of different ways at different times,'" Hamm, 44, says in GQ magazine's April 2015 issue.

It's relatable advice, sure, but not exactly helpful. Hamm compares the series' end to another milestone in most people's lives. "The whole last season was like senior year in high school," the TV star explains. "'We'll stay in touch!' 'I'll text you!' 'We'll see each other all the time!' And it's like, 'Will we really?'"

What are the women of Mad Men doing? January Jones stars in Fox's hit TV series Last Man on Earth, Elisabeth Moss is back on Broadway and Christina Hendricks is an ambassador for Clairol's Nice 'n Easy.

Hamm, meanwhile, is being more cautious about his next career move.

According to actress Jennifer Westfeldt, she noticed a shift in her boyfriend almost immediately.

"It's a confusing juxtaposition. I think the darkness of Don has weighed heavily on Jon, despite it being the role of a lifetime and the opportunity that gave him the career of his dreams. The end was of course bittersweet and complicated for Jonny. But I know that when he wrapped the show in L.A., in the wee hours of July 3 last year, and then immediately got on a plane to New York to meet me and our dog, Cora, for dinner with a few close friends and to watch the fireworks, he felt a predominant sense of relief," she says. "He remarked on the cosmic coincidence of the date: Independence Day. Finally." 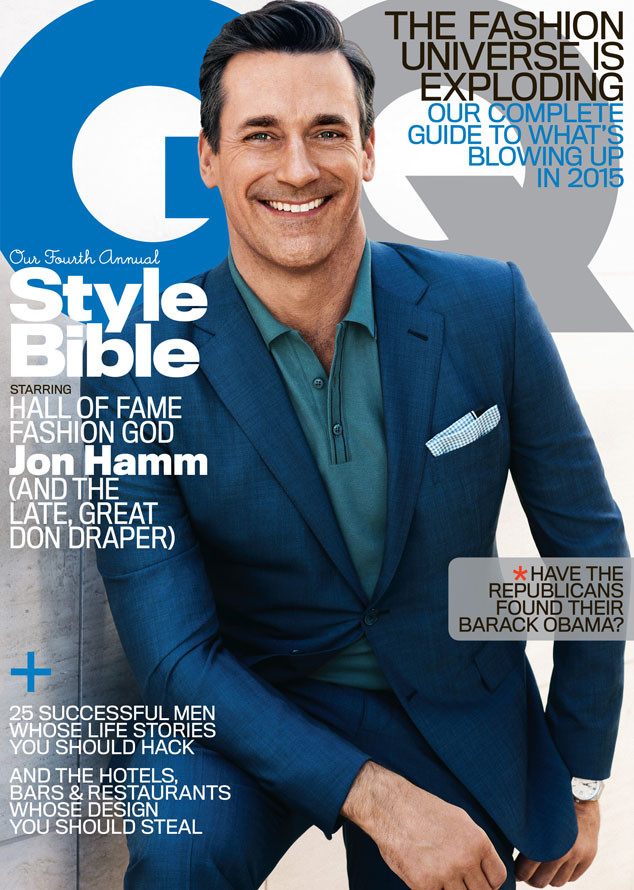 "Whenever people want to talk about how hard it is to be an actor, I want to go, 'Um, it's hard to be a baby-heart surgeon.' Being an actor is actually pretty easy, if you can memorize lines," Hamm says. As for Mad Men, he adds, "It's been like the greatest obstacle course in the world. A puzzle to figure out."

So, what's next for the Million Dollar Arm actor? According to Ham himself, he has no idea. "Look, the one constant thing I've had in my career is now removed. And that's an eye-opener: Are people still going to take me seriously? Am I just going to do romantic comedies for the rest of my life? What's next? And I don't know, you know? I wish I was smug enough to have had a grand plan," he tells GQ. "I guess some people would say, 'Okay, the last three years of Mad Men is going to be like this: I want to do a play. I want to do this. I want to do that.' I was just like, 'I want to do something that seems cool.'"