Mal and Wash are together again!

Nathan Fillion and fellow Firefly alum Alan Tudyk have teamed up again to bring on the funny for a new nerd-tastic project after almost 10 years.

The Fox show, which debuted in 2002 and was canceled after one season, starred Fillion, now known for his leading role in ABC's Castle, as Captain Malcolm Reynolds, or Mal, while Tudyk played Hoban Washburne, aka Wash, the pilot of their spaceship Serenity. The two reprised their roles in a 2005 movie, Serenity. Over the years, they and other cast members have often attended fan conventions.

This week, Fillion and Tudyk announced they are working a comedy series titled Con Man, which is about...wait for it...two men who played a captain and pilot of a spaceship on a cult TV show that's no longer airing, and frequent fan conventions. They launched an Indiegogo crowdfunding page to raise money for the project and as of Thursday, have received more than $640,000 in donations—way past their $425,000 goal.

"The series is a light-hearted take on the personalities, luminaries, and characters in the sci­-fi community we are privileged to call ourselves members," Tudyk, the show's creator, who plays pilot Wray Nerely, said in a message posted on the site. "I wanted to make a show that featured all of my favorite convention artists and friends together. Not only that, I wanted to celebrate the world where heroes, villains, zombie hunters, and space pirates all overlap. I especially wanted to work with my friend Nathan Fillion again."

In a hilarious intro video, he rattles off an epic Firefly quote most expertly.

...and he and Fillion showcase their awesome onscreen bromance once more.

"He is the one person in the cast who has gone on to great success," Tudyk says.

Fillion asks him why not approach a TV network with the show idea instead of having fans fund the project. 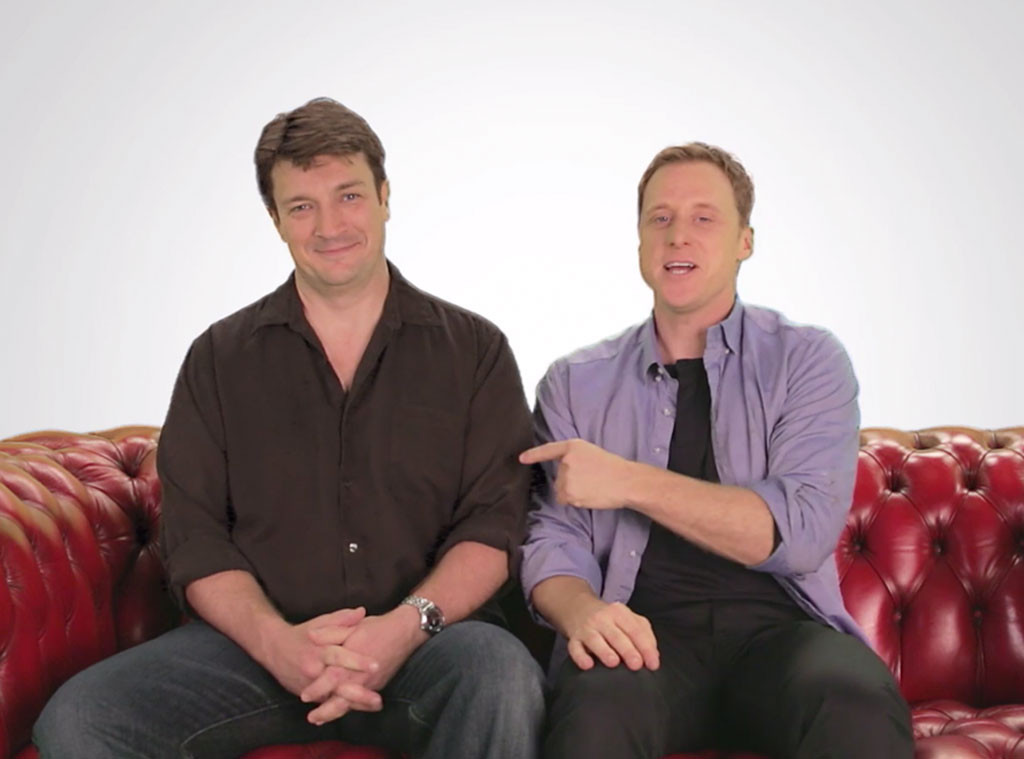 Fillion says that they have themselves invested money in the project and will continue to do so, in addition to continuing donations from fans.

Con Man also has its own app. And there are goodies. Fans who help fund the project can received anything from T-shirts to headshots to "exclusive Nathan and Alan Hang W/ sessions."

"Hang w/ allows myself and Nathan, producer PJ Haarsma, and the cast and crew of Con Man to share exclusive behind the scenes experiences—LIVE from our phones to yours!" the website states. "You even get to chat LIVE with right through the app. We'll also archive these so you can catch up on anything you missed!"

And if you haven't upgraded your computer since Firefly went off the air, Tudyk encourages you to fire up the vintage social media.

"If you can't support us with dollars then your enthusiasm and support is equally valuable. Tweet, Facebook, Tumblr, LinkedIn, Mypace, Friendster, and ICQ the project as much as you can," the website says. "Don't be afraid to use morse code or smoke signals."

PHOTOS: Who's got the best butt on TV? (Includes Nathan Fillion!)

TAGS/ Top Stories , Nathan Fillion , TV
GET POP CULTURED!
*Email entered incorrectly. Please try again.
By subscribing to our newsletter you agree to the Privacy Policy and Terms of Use
Daily
Weekly