Pregnant Anna Duggar Shares Ultrasound Images of Her Baby, Sounds Off Against Abortion—See the Pics 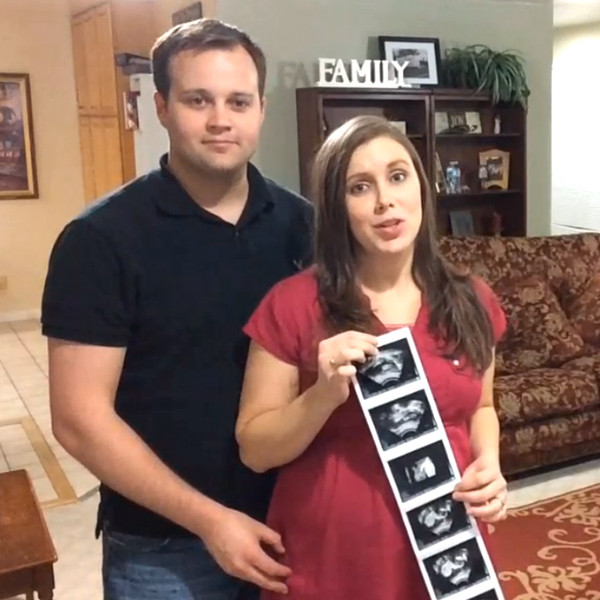 Pregnant Anna Duggar has shared 2D and 3D ultrasound exam images, or sonograms, of her and husband Josh Duggar's fourth child, a baby girl, and is also using the opportunity to sound off against abortion.

Josh, 27, the eldest child of the devout family and stars of TLC's 19 Kids and Counting reality show, works as executive director of FRC Action, the legislative action arm of the Family Research Council, a Christian public policy ministry and pro-life group. He and Anna, 26, are parents to daughter Mackynzie, 5, and sons Michael, 4, and Marcus, 1. The family had moved from his native Arkansas, where his parents and siblings live, to Washington D.C. for his job.

"We're thrilled to announce we'll be welcoming a daughter into our family in July," she wrote in the first part of a two-part tweet on Tuesday, alongside a picture of a 3D sonogram of her child.

"But thousands of little girls suffer the pain of abortion each day. Help protect these children...#theyfeelpain," she added, linking to an FRC Action petition page urging people to contact their local congressperson and "urge them to vote on the 'Pain-Capable Unborn Protection Act" soon!"

We’re thrilled to announce we’ll be welcoming a daughter into our family in July... (1/2) #19Kids pic.twitter.com/VVwC47vp6D

The bill calls for a ban on abortions 20 weeks after fertilization, except under special medical or legal circumstances. It was on Jan. 22 referred to a subcommittee. No votes have been scheduled. Similar legislation was approved in the Republican-controlled House of Representatives in 2013. The Republicans gained control of the Senate in the 2014 elections.

Josh shared on his own page a video of him and Anna, holding a sheet of 2D ultrasound images of their unborn child.

"Every day in America, thousands of little girls, just like ours suffer pain from abortion," she says.

Anna has made her views about abortion public before. In February, Anna retweet a post from The Radiation Foundation's Twitter page, which had used Black History Month to promote a pro-life message.

Every day in America, thousands of little girls, just like ours suffer pain from abortion. Help save babies lives by calling on Congress to pass the Pain Capable Unborn Child Protection Act (HR 36). Go to FRCAction.org to contact your Congress member. #theyfeelpain

PHOTO: Jill Duggar and Anna Duggar have a baby bump-off!

Josh and Anna had announced their new baby's sex in a 19 Kids and Counting promo video, which also features their three kids and was posted several days ago.

The couple's new daughter will be the fifth grandchild of 19 Kids and Counting matriarch and patriarch, Michelle Duggar and Jim Bob Duggar. Their eldest daughter, Jill Duggar, also known as Jill Dillard, is expected to give birth to her and husband Derick Dillard's first child later this month.

TAGS/ Top Stories , Duggars , 19 Kids And Counting , Babies , Pregnancies
GET POP CULTURED!
*Email entered incorrectly. Please try again.
By subscribing to our newsletter you agree to the Privacy Policy and Terms of Use
Daily
Weekly