How To Get Away with Murder Finale: A Couple of Answers And So. Many. Questions. 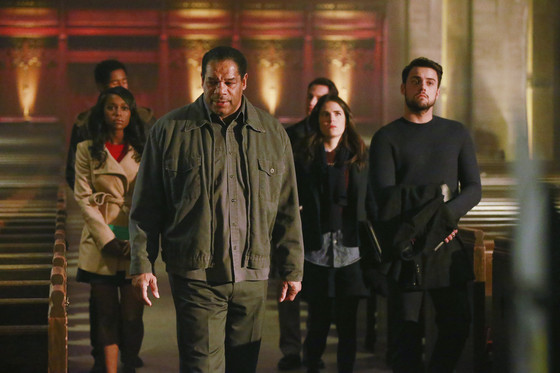 We're still having a little trouble breathing after that rollercoaster of a finale. Actually, it was less of a rollercoaster, and more of a slow drive around the countryside for an hour before suddenly turning into a hardcore, upside-down, whirlty twirly ride of emotions as we waited for the answer to the most important question we've ever asked: who killed Lila?

We got the answer to that question, but along with it came a few other questions, because this show couldn't just leave us totally satisfied until it (probably definitely as confirmed by that teaser?) returns in the fall.

We learned within the last few minutes of the episode that it was the nicely bearded Frank who did the deed of strangling Lila and then disposing of her in the water tank, but he was doing it on Sam's order because Frank owed Sam some sort of mysterious favor.

That was a nice twist, but it wasn't the biggest of the episode. It turns out that Rebecca hadn't been telling the whole truth. She did send the text to Lila from Griffin's phone, and she did end up in the water tank with Lila's dead body. She also drugged Rudy with some mysterious drug called Purple X, which caused him to horrifyingly crawl at the walls, and caused us to cry out in horror.

MORE: Boss Pete Nowalk dishes on the finale and more

When the kids discovered these little indiscretions, they confined Rebecca with duct tape, and not even Wes was on her side as they interrogated her. Instead of cooperating, she played coy and tried to blackmail them while sending weird text messages saying "Eggs 911." In the end she only succeeded in getting herself tied up in Annalise's basement…until she disappeared.

Or so everyone thought. It looked like she had disappeared, until the last moments of the episode, when Annalise joined Frank in the basement, asking "Did you do it?"

We momentarily thought she was referring to Lila's death, but then we saw that Frank was casually standing over…Rebecca's dead body. GASP!

Elsewhere in the episode, Bonnie and Asher got adorably closer, Michaela discovered that Laurel had been hiding her ring the whole time, and Coliver got some bad news. The two had decided that before they hooked up, they would get STD tests. While Connor's came back negative, Oliver revealed that he tested positive for HIV, and now everything is horribly sad. 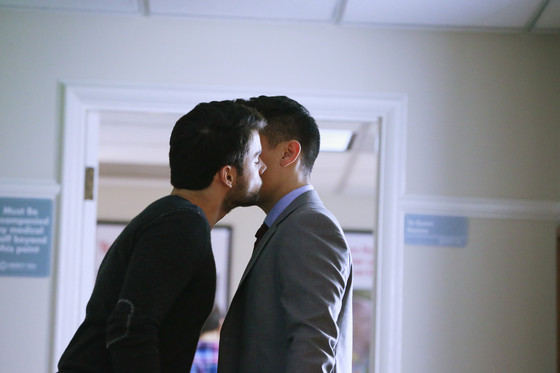 There was also a priest on trial in the whole first hour that we could not have cared less about. Really though. We aren't even sure his storyline was wrapped up.  He just sort of disappeared into the completely irrelevant night, and we would have forgotten about it by the end of the night if we hadn't taken notes, like the good journalists we are.

So, to review, these are the questions we will be pondering until this show returns: Who killed Rebecca? Who is Eggs? What favor did Frank owe Sam? Did that priest have any actual purpose? Did Katie Findlay tweet this spoiler on purpose in response to us asking her to participate in our drinking game?

@eonlineTV @eonline I think it might literally kill me, guys!

And, finally…what color is that damn dress?!

CLICK: And the best and worst new midseason shows are...

TAGS/ How to Get Away With Murder , Watch With Kristin , TV , Top Stories
GET POP CULTURED!
*Email entered incorrectly. Please try again.
By subscribing to our newsletter you agree to the Privacy Policy and Terms of Use
Daily
Weekly