Best Dressed at the 2015 Essence Black Women in Hollywood Awards—Plus, the Top 5 Moments From Inside the Luncheon! 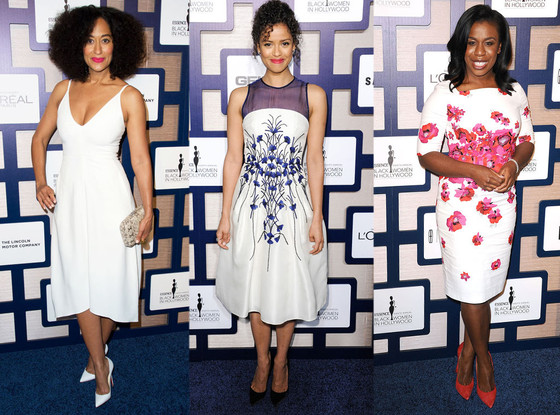 Only a few days until Oscar Sunday so you know the fêtes have already begun. Thursday saw Hollywood A-listers such as Oprah Winfrey, Lupita Nyong'o and John Legend flocking to Essence magazine's annual Black Women in Hollywood Awards in Beverly Hills.

But before we get to the luncheon itself, let's talk red carpet. The best styles came from the usual suspects such as Gugu Mbatha-Raw, who was perfectly ladylike in a white frock with floral embellishment. Also, adding some flower power to the afternoon was Orange Is The New Black star Uzo Aduba. She wore a pink version of a L.K. Bennett dress that you may recall was previously donned by Kate Middleton and Mindy Kaling.

Still, winner of white-hot frock awards (yes, we just made that up) goes to Tracee Ellis Ross, who was the definition of chic in a Reed Krakoff number. 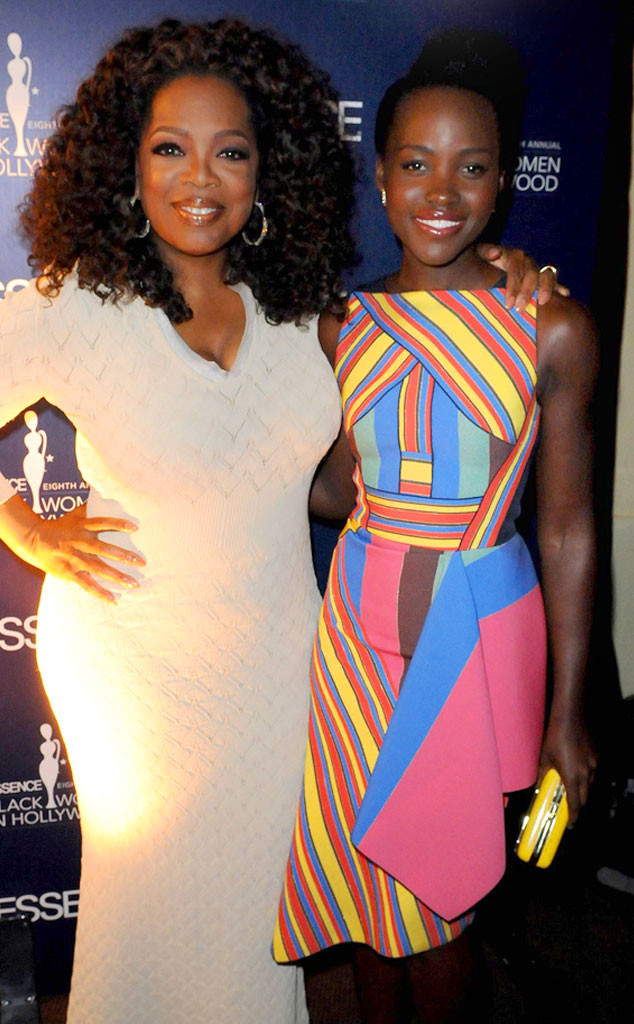 And finally, how could we not include Lupita who was absolutely stunning in a rainbow colored ensemble which was similar to the Balmain outfit she can be seen sporting on this month's cover of Lucky magazine.

Now, fashion aside, the event itself was packed with memorable (and quotable!) moments but these are the top 5:

1. David Oyelowo's Adorable Daughter Steals the Show: While presenting fellow Brit Gugu with the Breakthrough Award, the Selma actor brought up his 3-year-old daughter so she could tell the actress "thank you." Cue the room full of awws!

2. Gugu Shares Near Death Experience: While accepting her award, the Beyond the Lights star recalled that while walking home after filming one day she was mugged and held at gun point. "I thought 'This is it. This is the ultimate fear. The end of life, right there in front of you," the 31-year-old said. "I ran away as fast as I could. It was all okay, but what it gave me was a sense of letting go, of the fears that stop us from doing the things that we want to do…Our fears can be our greatest liberators."

3. Oprah Called It! She may be a TV titan but Ms. Winfrey also knows the music business. After performing a pitch-perfect rendition of "All of Me," John Legend gave a shout out to the media mogul for being the first one to praise the song. "Oprah said "All of Me" was going to be a huge hit and everyone would have it in their weddings—and of course, Oprah was right."

4. Tina Turner Was Angela Bassett's Hairstylist (Briefly!): Yes, you read that right! Costume designer Ruth E. Carter shared one of her favorite memories from her long career and not surprisingly it included not one, but two legends! While on the set of the 1993 classic What's Love Got to Do With It, Carter said she walked in on "Tina cornrowing Angelia's hair" so the actress could wear the singer's original wig for a musical number.  Oh, to be a fly on the wall of that trailer!

5. Lupita Loves OITNB: The Oscar-winner is apparently a huge fan of the Netflix prison series. While presenting the cast with the Vanguard Award, she gushed about each character by name. So, do we see a surprise guest appearance in the near future? Fingers crossed.

PHOTOS: All the stars from 2015 Essence Black Women in Hollywood Awards