Vanderpump Rules' Kristen Doute Sounds Off on Her "Embarrassing" Firing: Lisa Had a Vendetta Against Me 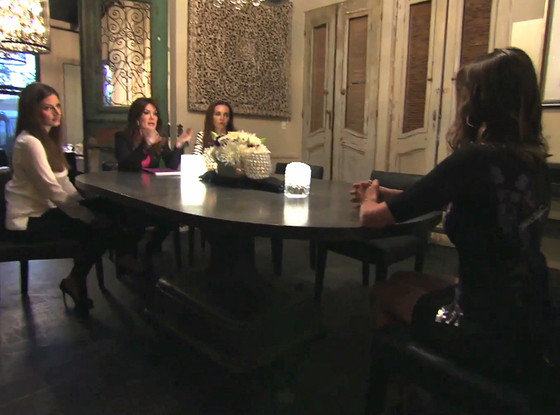 Warning: service might be a little slow today as SUR is down an employee.

In Monday's episode of the Bravo reality hit, Lisa Vanderpump made the big decision to fire Kristen Doute, a longtime employee at her Beverly Hills restaurant, after she went off on one of the managers, Diana, in the previous episode.

The Real Housewives of Beverly Hills star did the firing herself in a sitdown with Kristen that was intense and blindsiding as the former SUR employee admits to E! News she didn't see her exit coming "until that day."

But looking back, Kristen exclusively tells us that she believes Lisa "took some joy" in the firing, saying her former boss "has a little bit of a vendetta" against her.

Did you know it was coming?
Not until that day. I had this weird feeling and I happened to walk by the VIP room in the lounge and I saw Lisa sitting with Ken and Guillermo and Nathalie—their business partners—and my manager Diana sitting at the table and I thought to myself, "Oh no, this isn't good."  I had a feeling it was about me.

Did you feel ready to go?
I really was. I worked at SUR for over seven years, which is an insane amount of time to hold a restaurant job. My time was up. The place was really getting to me, especially having to work with Tom and Arianna, it was just eating away at me every day. I definitely think I should have quit a long time ago so it didn't get to the place that it did. I'm glad I don't work there anymore but I'm not proud of the fact I got fired. It's embarrassing.

I do think that Lisa has a little bit of a vendetta against me. She doesn't like me. We don't get along. Our personalities just clash. But I have to say, I wouldn't have any of this without her. I wouldn't have the job, I wouldn't have the show. So as much I'm not her biggest fan and vice-versa, I'm grateful for all the opportunities she's given me.

PHOTOS: Where are the former Real Housewives now? 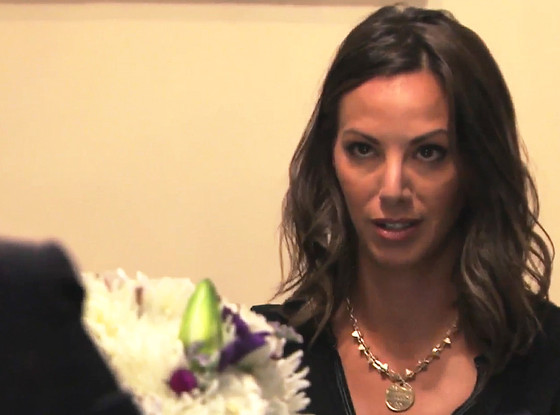 Do you appreciate that Lisa did the firing herself and didn't hand it off to someone else to take care of?
I think Lisa took some joy in doing it. I don't think she would have had it any other way.

What did you do right after it happened?
James and my best friend Rachel came over and we had SUR-tirement party. We popped a bottle of champagne. It was time for me to move on to the next chapter of my life. I'm 31 years-old, I'm done waiting tables. It was a great gig, but ultimately it stopped me from moving forward.

Since leaving SUR, what have you been focusing on?
I have a t-shirt line I'm really excited about. Its called James Mae—it's named for my niece and nephew, not my boyfriend James. It's graphic tees, easy to wear and comfortable. It's for girls all shapes and sizes. I'm really proud of it. I'm also going to be working on a vegetarian blog, not just recipes but my lifestyle too. It's nice to put my energy into positive things rather than going into SUR and dealing with all that negative energy. So really, I have to thank Lisa.

If the show come backs for another season, would you be open to being a part of it?
I would. At this point, we're three years in and everything that I've been through, I put my life on the line for everyone to see. I'd want to continue the journey. I don't want to throw everything away just because I don't work at SUR. If there's a fourth season, I hope they'll ask me back.

And have you heard from Lisa since the firing?
I wouldn't say we're best friends but I run into her. I go to SUR once in a while, I go to PUMP when James is DJ'ing, I saw her at Scheana's wedding. Now that she's not my boss anymore, I can just look at her as someone who guided me. So while I was pissed when the firing happened, it turned out to be a blessing in disguise.

What about Diana, the manager you went off on? Have you spoken to her?
After the argument with Diana I apologized to her profusely, both as my friend and as my manager. I couldn't be more sorry because she didn't deserve it. I knew I was completely out of line and reacted impulsively toward her  that day.

It upset me to watch the way the scene played out on TV. While Lisa claimed that I didn't admit to screwing up --I actually did but of course that didn't make the final cut. While I am sorry for the fight with Diana, I didn't orchestrate the miami girl coming to SUR. She flew herself to LA and the confrontation had to take place somewhere, right? Hindsight is 20/20. In retrospect, I really wish that I had not even sat down with Miami girl in the first place.