Super Bowl XLIX by the Numbers: We're About to Eat 1.4 Billion Chicken Wings—and Bet How Much Money? 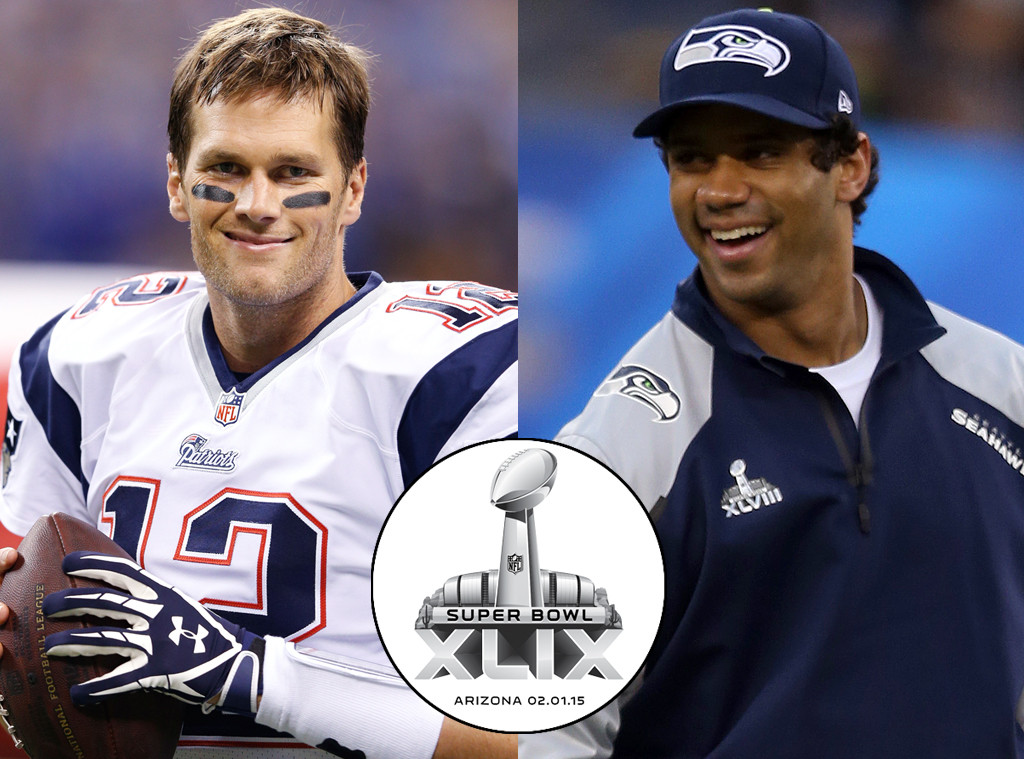 And, according to WalletHub's Super Bowl XLIX infographic, we're going to consume an estimated 1.4 billion chicken wings during Sunday's game!

Of course, it's not just about the food. There's a lot of money at stake. According to WalletHub's estimates, people will wager $115 million on the Seattle Seahawks vs. New England Patriots, and Las Vegas casinos are expected to rake in $18.9 million in profits from betting on the big game.

Arizona will certainly benefit from hosting the Super Bowl, too. Sixty extra flights to Phoenix are being added by major airlines, and an estimated $500 million will be infused into the state's economy.

The importance of Sunday's game can't be overemphasized, BTW. According to WalletHub, 20 percent of Americans would miss the wedding of a close friend or family member to attend a super Bowl game featuring their favorite team (hey, you've got a 50/50 shot with both options, right?)

If you're getting married Sunday, though, and worried about any Seahawk or Pats fans bailing on your big day, calm down: The average price of a Super Bowl ticket is $4,823.25! Scott Spencer, president of the Suite Experience Group, explained why XLIX regular game tickets were the most expensive  in Super Bowl History, saying, "Many brokers sold tickets weeks and months before the game for between $2,500 to $3,500 under the assumption they could purchase those tickets for less once the game drew closer (this has been a profitable endeavor for brokers during the last two Super Bowls). This year, more tickets were sold than were available in the stadium, and brokers (and buyers) began scrambling for tickets, taking big losses and ultimately defaulting on their commitments to buyers. Tickets usually drop in the 48 hours before kickoff, but demand remained strong for this Super Bowl and 1 hour before kickoff, the cheapest ticket available on StubHub was $10,999."

NEWS: How to pick a Super Bowl team without knowing anything about football

If you wanted a suite at the game, though, things got really tricky. According to the Suite Experience Group, the University of Phoenix Stadium has 88 suites. Prices for these ranged from $250,000 to $500,000, depending on the location. Most suites went to sponsors, though, and only a few became available for the public to purchase.

If you are lucky enough to nab a suite for you and your pals, get ready to have some fun! Per the Suite Experience Group, each fully private suite has an attendant to serve food and drinks, flat panel TVs (for that secondary look at the play!), private restrooms and of course, all you can eat food and drink.

PHOTOS: Seahawks vs. Patriots: Who stars are rooting for in Super Bowl 2015

TAGS/ 2015 Super Bowl , Football , Top Stories
GET POP CULTURED!
*Email entered incorrectly. Please try again.
By subscribing to our newsletter you agree to the Privacy Policy and Terms of Use
Daily
Weekly