New England Patriots Head Coach Bill Belichick held an impromptu and amazing news conference on Saturday to address the "Deflategate" scandal his team has been dealing with ahead of the 2015 Super Bowl, during which he defended the way their footballs are prepared, talked science and referenced the movie My Cousin Vinny.

The NFL recently said that the team had last weekend used several underinflated footballs during a game against the Indianapolis Colts, who lost, and have launched an investigation. Belichick said at Saturday's news conference, which lasted about 22 minutes and referenced the term "ball" 70 times, that the Patriots had carried out their "study" into what happened. He said the team "followed every rule, to the letter" regarding the inflation of their footballs.

"The atmospheric conditions as well as the true equilibrium of the ball is critical to the measurement," he said. "At no time were any of our footballs prepared anywhere other than in the locker room or in an area close to that."

Belichick had previously said he had "no knowledge whatsoever" about the underinflated footballs and was "shocked" about the allegations. Patriots Quarterback Tom Brady told reporters on Thursday that he "didn't alter the ball in any way." His team will face the Seattle Seahawks at Super Bowl XLIX on Sunday, Feb. 1 in Glendale, Arizona. Kickoff time is at 6:30 p.m. ET / 3:30 p.m. PT.

Check out 5 more notable quotes from Belichick and reactions to them from people on Twitter.

"We prepare our balls over time and we use them in practice and that preparation process continues right until the balls are given to the officials prior to the game. That's when they are finalized, if I could use that word. I would say that in the process, I've handled dozens of balls over the past week. The texture of the balls is very easy to identify. The pressure of the balls, footballs is a whole different story. It's much more difficult to feel or identify."

I'm in not room but my dad has the preset blaring in the livingroom. Did coach really just say "I've handled a lot of balls this week"

"during this process, i have handled dozens of balls in the past week" NO, Thank You Bill. 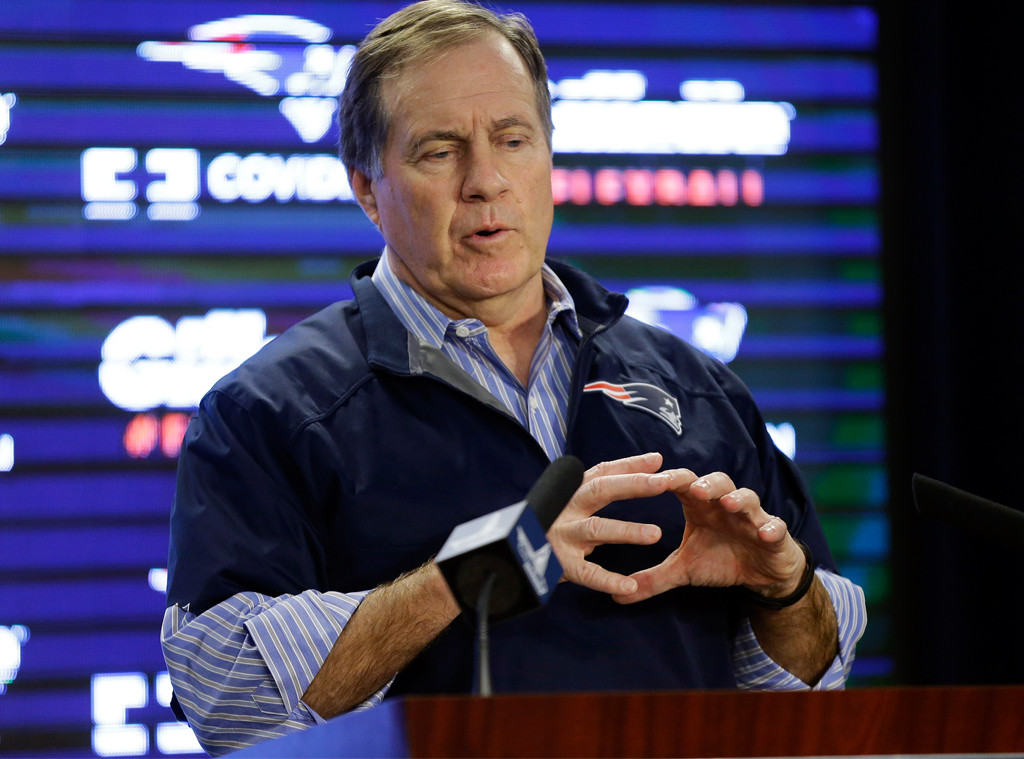 Bill Belichick says "I'm not a scientist," which I believe makes him officially a United States senator.

"I'm not a scientist," says Belichick. Sorry, Bill, I learned more in the last 15 minutes than I did in high school biology

"I would not say that I'm the Mona Lisa Vito of the football world as she was in the car expertise area," he said. "And at no time was there any intent what so ever to try to compromise the integrity of the game or to gain an advantage—quite the opposite. We feel like we followed the rules of the game to the letter, in our preparations, in our procedures, alright, and in the way that we handled every game that we've competitively played in, as it relates to this matter."

In the 1992 comedy film My Cousin Vinny, two college students find themselves wrongfully accused of the murder of a convenience store clerk. Joe Pesci plays Vinny, their inexperienced lawyer, and Marissa Tomei plays Mona Lisa Vito, his fiancée, which earned her an Oscar. Her character is an expert on car repairs.

"The situation is the preparation of the ball caused the ball to, I would say, be artificially high in psi [pounds per square inch] when it was set to the…regulated level and then it reached its equilibrium at some point later on, an hour, two hours into the game…whatever it was, that that level was below what was set in this climatic condition," he said. "I think that's exactly what happened."

The balls get artificially high when they smoke artificial weed.

While explaining how a football's psi level is set, he said, "You rub it, you try to get the texture the way the quarterback wants it."

"We rub it to get the ball to the proper texture," he added. "Yes. I mean, I don't know what's vigorous and what's isn't vigorous. We're not polishing fine China here. We're trying to get a football to the proper texture the quarterback wants it, to grip it. Does that stimulate something inside the ball to raise the P.S.I.? I would say, yes it does."

Bill- YOU RUB IT TO GET THE BALL TO THE PROPER TEXTURE" ... "Does that stimulate something..I'd say yes it does"😂😂😂 THIS IS GOLDDDDD

Bill Bellichick is my favorite no nonsense curmudgeon. Hands down. "We're not polishing fine China here"

PHOTOS: Did Tom Brady really say that about balls?!