Everything to Know About the American Sniper Controversy 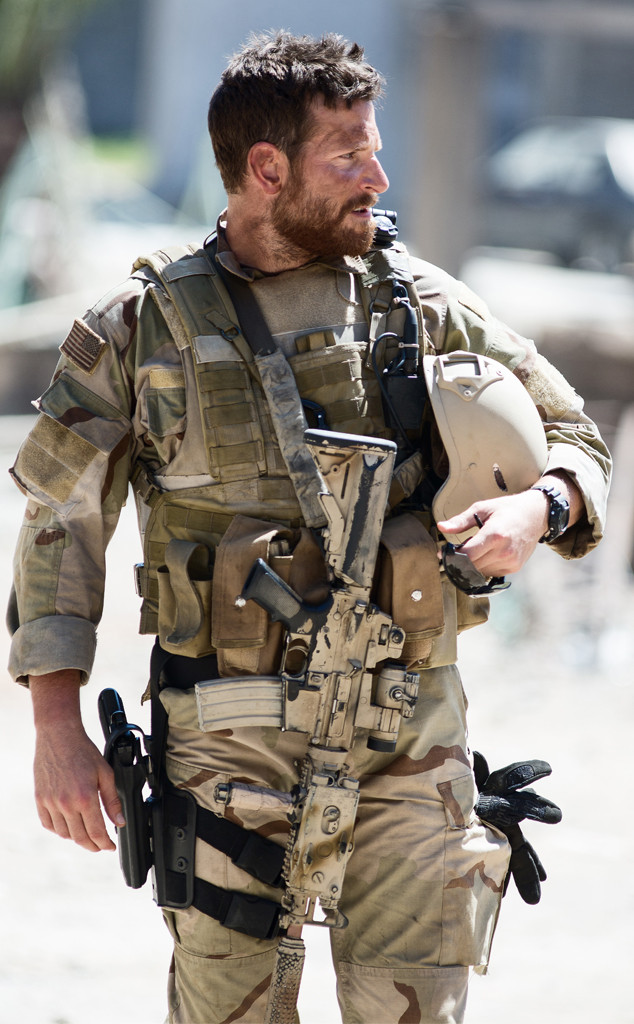 It's been a big week for American Sniper. For starters, the movie shocked box office analysts by bringing in over $100 million during its MLK-weekend opening. Then there was the infamous Fake Baby-Gate of 2015. On top of all that, Sniper has spent the last few days as the subject of a hotly contested political debate.

This all started when Seth Rogen and Michael Moore both separately took to Twitter to voice their opinions on the Iraq war film: Rogen making a semi-joking comparison to the Nazi sniper propaganda in Inglourious Basterds and Moore comparing snipers to cowards. (Rogen has since backpedaled on the now-infamous tweet.)

Moviegoers on both sides of the political spectrum began chiming in, debating everything from whether Sniper is too right-leaning to whether Chris Kyle (the eponymous sniper) was as much of a hero as Clint Eastwood & Co. made him out to be.

NEWS: The real star of American Sniper was Bradley and Sienna's fake baby

The left-leaning audience has been questioning whether the movie glossed over Kyle's polarizing views on the Iraq war, as well as for the alleged truth to some of his stories. (In his book, which was the inspiration for the movie, Kyle described taking pleasure in killing Iraqis, and according to one author of a book about Kyle, some of his claims have been hard to prove).

More conservative commentators have praised director Eastwood for showing an American soldier at his best. Even Sarah Palin herself has chimed in, thanking the movie for respecting the military and lambasting those who don't give soldiers their due praise. And Blake Shelton seemingly doesn't want to hear any criticism about a movie about the U.S. military, period.

Fascinatingly, the filmmakers behind American Sniper (including Eastwood, screenwriter Jason Hall, and star Bradley Cooper) have maintained that their whole M.O. was to make a war movie as void of politics as possible. At a Washington, D.C. screening of the flick, Cooper stressed to the Daily Beast, "This movie was always a character study about what the plight is for a soldier...It's not a political discussion about war."

Then yesterday, Hall spoke out to Time to hammer home the point. "People see the movie poster, and it's got a guy and the American flag...So they think it's some jingoistic thing," he told the site. "I would challenge that in a big way." He explained that after Kyle's funeral and hours spent talking with his widow, Taya Kyle, he altered the script from its original war movie narrative to a more human-centered drama.

NEWS: Blake Shelton admitted he was a few drinks in when he slammed the Sniper commentors

But despite all of the heated perceptions, many are now pointing out that the real debate should lie in whether or not American Sniper's fear of politics ended up backfiring. For some, the seeming avoidance of a cold, hard stance left the movie feeling flat. For a story about something as multi-faceted as the Iraq war, the film seemed to avoid some of the harder questions.

The best war movies of late—those that have seen both critical and awards success—have left audiences both informed and with a strong sense of narrative purpose. To its critics, American Sniper glossed over both the complexities of Kyle's family life and his own inner struggles, as well as the complexities of the war he fought. The filmmakers could have done more to earn these furious political debates.

American Sniper is up for six Academy Awards, and is on track to break several box office records, so we're sure this isn't the last we'll hear on the subject.