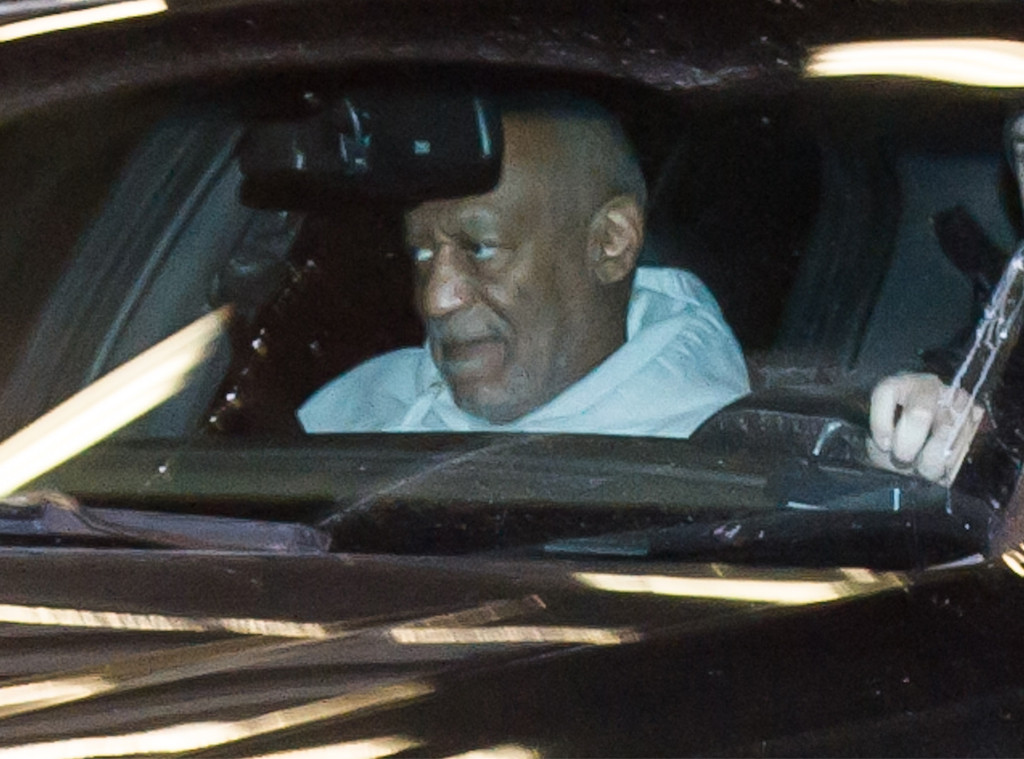 Bill Cosby, who has been making headlines over allegations of sexual assault against at least 15 women, was heckled by a loud group of protesters as he performed on stage at a comedy show in Hamilton, Canada on Friday, while several members of the audience voiced their support for the embattled star.

The 77-year-old alum of The Cosby Show sitcom has never been charged with a crime stemming from the accusations, which resurfaced last October after another comic, Hannibal Buress, called him a "rapist" during his own set.

As Cosby began his comedy set on Friday, about 30 women rose from their seats and removed their coats to display white t-shirts with the words "We Believe the Women" printed across the front, The Hollywood Reporter said.

"We believe the woman!" the hecklers shouted, as seen in a video posted by TMZ.

NEWS: Tina Fey: "Oh, heck yes" there will be Bill Cosby jokes at the Golden Globes

His supporters responded to the hecklers.

"We are going to continue with our show," the actor said, calmly, drawing more applause, as seen in a video posted by Canada's Global News.

"We love you, Bill!" another man shouted.

Security was called and the hecklers left.

Standing near stationed police officers, several dozen protestors were previously seen demonstrating against the actor outside the venue, the Hamilton Place Theatre. Some held up signs that read, "Innocent until proven guilty? Not when 98% of rapists walk free!!," "No more victim blaming," "Hamilton believes survivors" and "Rape is NOT a joke!"

A smaller group of supporters stood with signs that read slogans such as "Due process, stop Cosby lynching." 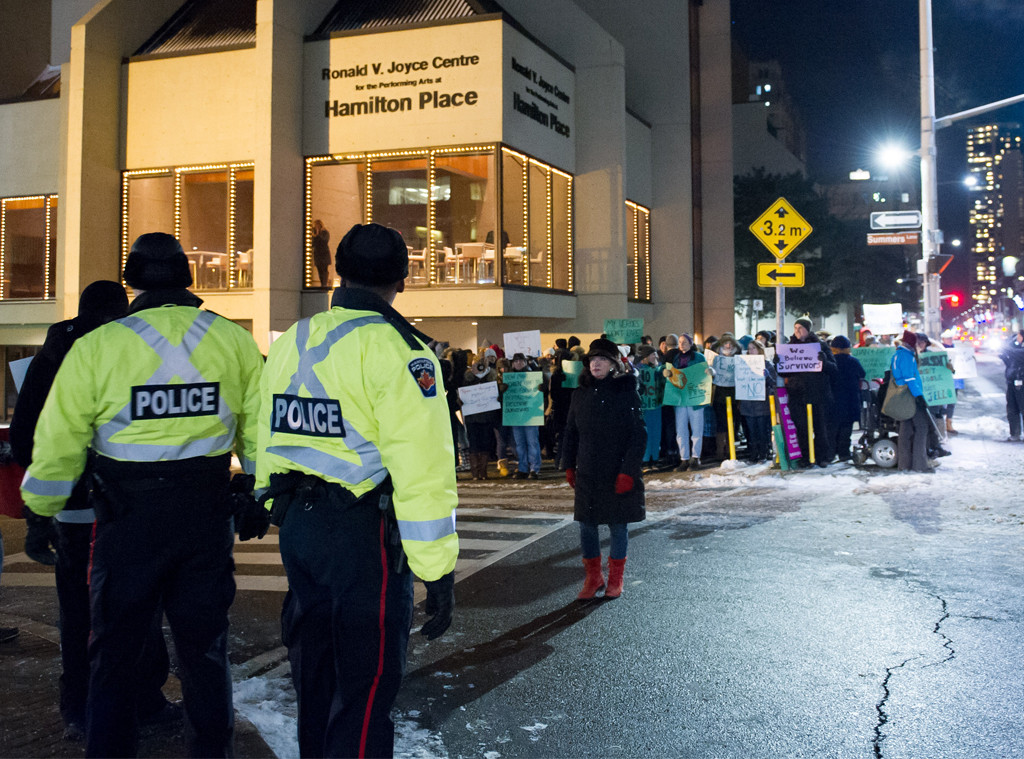 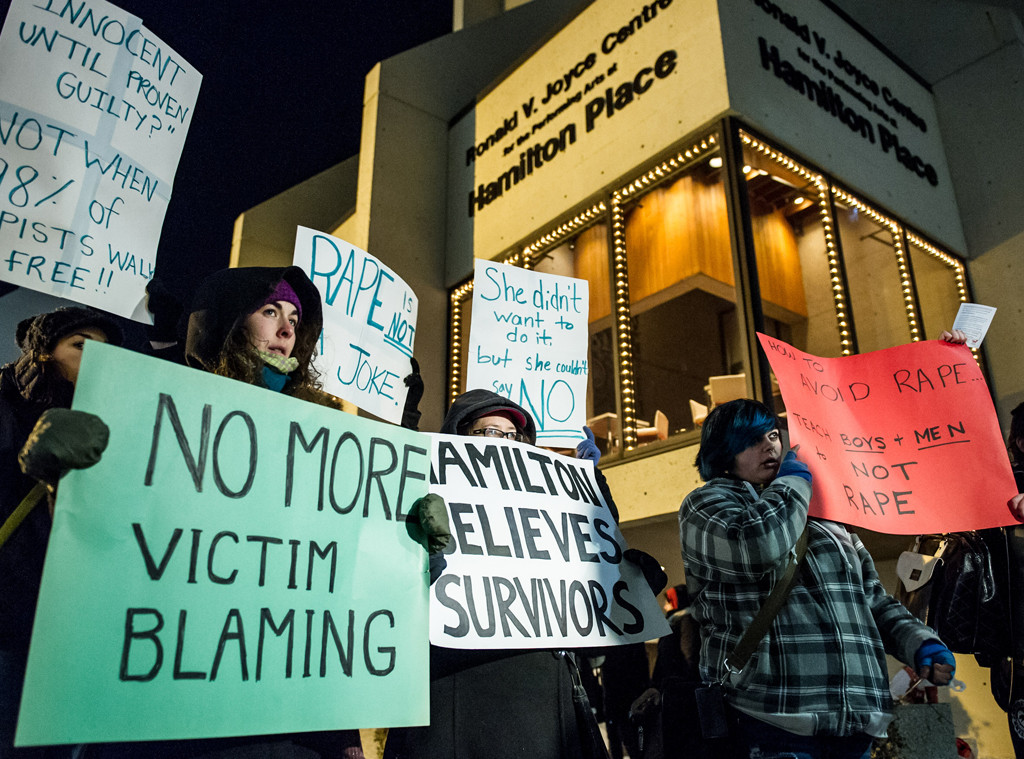 NEWS: Another Cosby Show star weighs in on allegations of abuse made against Bill Cosby

Cosby, who was also photographed in the front passenger seat of a vehicle outside, did not comment.

Earlier this week, protests were also held around other theaters in Canada where he performed as part of a current comedy tour. On Thursday night, he poked fun at the sexual assault allegations during his set, telling a female audience member who had offered to get him a drink, "You have to be careful about drinking around me." Several of his accusers have claimed that he drugged them with spiked beverages before assaulting them.

Last week, Cosby's former co-star Phylicia Rashad, who played his wife on The Cosby Show, came to his defense.

"There is the Constitution of the United States, which ensures innocence until proof of guilt and that has not happened," she told ABC News. "But what has happened is declaration in the media of guilt, without proof. And a legacy is being destroyed because of it."

TAGS/ Top Stories , Bill Cosby
GET POP CULTURED!
*Email entered incorrectly. Please try again.
By subscribing to our newsletter you agree to the Privacy Policy and Terms of Use
Daily
Weekly