Christina Aguilera Celebrates 34th Birthday at Disneyland (and Apparently She Loves the Rides!) 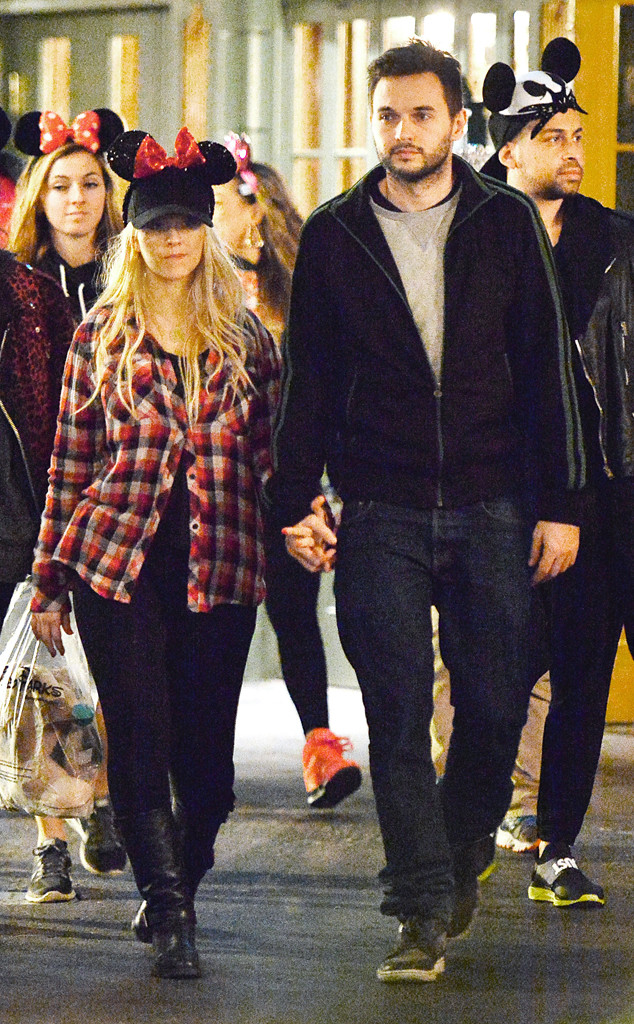 The gorgeous singer—who welcomed her second child, daughter Summer Rain, in August—is ringing in the big 3-4 today, and it looks like the mother of two got a little nostalgic for her days as kid (and even decided to get a jump start on the festivities!) as she opted to celebrated her special day with a trip to the happiest place on Earth last night.

Aguilera's fiancé Matthew Rutler, as well as a group of pals, feted the birthday babe with a party at Disneyland, where the "Beautiful" singer was snapped walking around the park with her hubby-to-be.

According to an eyewitness, the Voice coach spent a whopping seven hours at the park and even stayed until it closed at midnight.

Fun birthday celebration at the happiest place on earth #disneyland

"Christina looked like she was having a good time, happy to be around her friends," a source tells E! News.

The source adds that Aguilera was "cautious" with the crowds, often tilting down her baseball cap in an effort to go unnoticed. "She did not acknowledge anyone asking her for a photo. She continued to walk right past them."

Aguilera, who was dressed down in black sneakers, jeans and a plaid shirt, also received VIP treatment at the amusement park (hey, it pays to be pals with XTina!).

Christina "paid for two Disneyland employee escorts to help her avoid waiting in lines," the eyewitness reveals, adding that their group had dinner at Carthay Circle restaurant at Disney's California Adventure Park before Christina later indulged in a churro! Oh, and as it turns out, Aguilera is quite the ride enthusiast.

"While at Disneyland she rode California Screamin, Tower of Terror, Ariel's Under the Sea Adventure, Toy Story Mania, Haunted Mansion, Pirates of the Caribbean, Indiana Jones, Space Mountain and Astro Orbitors," the source says, noting that the group also watched the fireworks display.

As expected, Christina's hubby-to-be was busy doting on his ladylove throughout the night and the two were photographed holding hands as they strolled through the park together. "Matthew was very attentive, he was buying her souvenirs," the source says. "He held her hand most of the evening. He bought her a Minnie Mouse plush toy and Minnie Mouse ears, among other things."

Aguilera most recently took the stage last month at the Breakthrough Prize Awards, where the proud mama belted out her hit "Beautiful" (and sounded amazing!) for her first post-baby performance.

TAGS/ Christina Aguilera , Birthdays , Disney , Top Stories
GET POP CULTURED!
*Email entered incorrectly. Please try again.
By subscribing to our newsletter you agree to the Privacy Policy and Terms of Use
Daily
Weekly