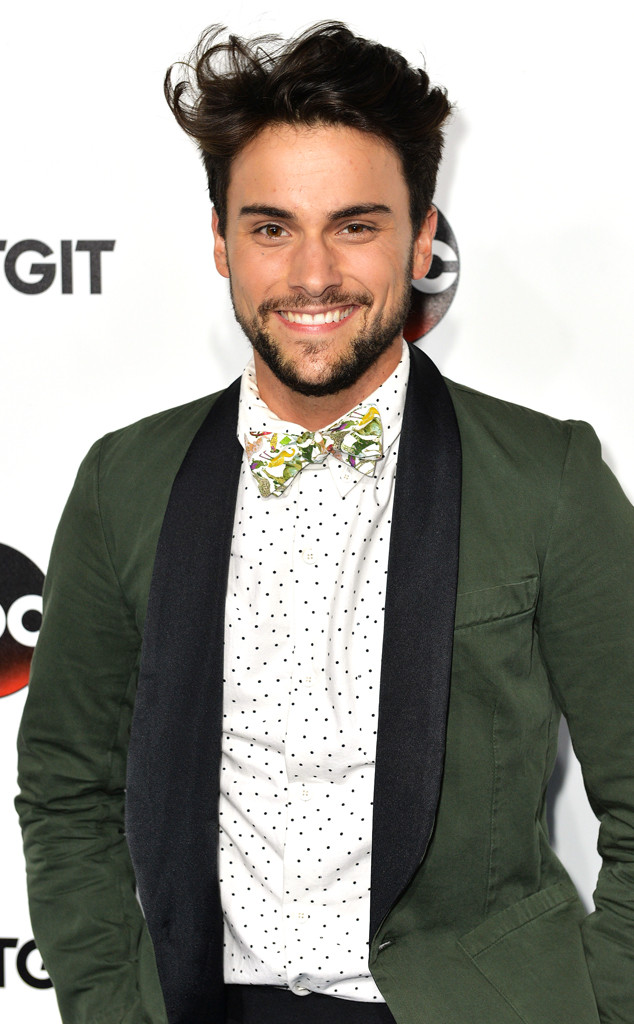 We already find out who killed Sam tonight!

Take that, long and lingering shows: How to Get Away With Murder is moving at light speed, revealing the big mystery's killer after only 8 episodes on the air, and we are finding it hard to breathe while waiting for tonight's winter finale.

No, wait that's a lie. We actually really just wanted to talk to him about Connor's love life, and what's up with "Coliver," a k a Connor and Oliver,  and even "Cosher" (we hear you fans!), a k a Connor and Asher.  Because these are the important life issues, people.

[Make sure you read part one of this interview, with Jack's take on the racy sex scenes!]

Read on for the goods "Coliver", "Cosher" and #WhoKilledSam…

READ: How to Get Away With Murder is changing TV 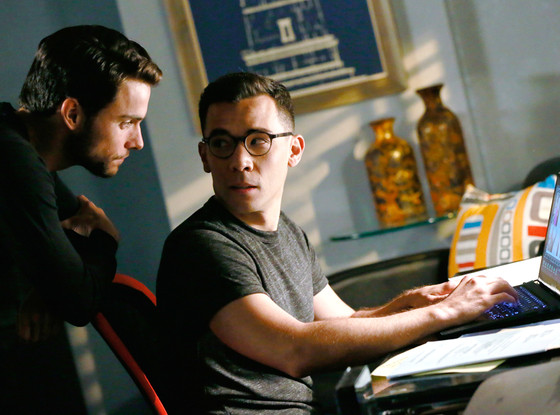 "Coliver" is a thing!
I know! I actually was just looking at Twitter and there was a fan on there who sent me some Coliver art he had drawn. It's so great. The fans have been so responsive.

There's fan fiction, there are Tumblrs... Are you surprised by how much the fans are into them?
I think the fans are reacting because Conrad Ricamora who plays Oliver, he's such a fantastic actor and so subtle and likeable. And I think in Oliver, people see hope for Connor, just because, personally, I think that Connor is on somewhat of a destructive path and he's  working himself out with surviving law school and trying to excel in Annalise's class and being part of the Keating Five. And he sort of found himself with this man Oliver, who he was geniune feelings for, and instead of embracing those feelings, he sort of is trying to suppress them. So he's lashing out and sleeping with other people which is ultimately destructive.

Is there hope for them? If I remember correctly, we know that they saw each other after the murder.
Yes, we see Connor show up at Oliver's door the morning after the night of the murder, and Connor is pretty rattled and he's kind of hyperventalating and crying. And I think that it will be interesting to see where it goes and if anything happens between the two of them long-term, especially given that Connor has obviously been a part of this murder. Will then he approach his relationship with Oliver with ill intentions? Will he selfishly try to use Oliver for an alibi? Or will he genuinely be approaching this as someone who he cares about and maybe wants to be with. The exciting thing about being an actor on the show is that things are constantly changing as far as the writing goes. So honestly, we don't know too far out! Right now we're on episode 11 and episode 9 airs tonight. But it's all really exciting, to see how the writers are playing around with their relationship.

Give us one good tease about what's ahead for the Coliver fans!
Coliver fans, they have a rocky road ahead of them, but….I can't even finish that! I can't say it. Sorry! 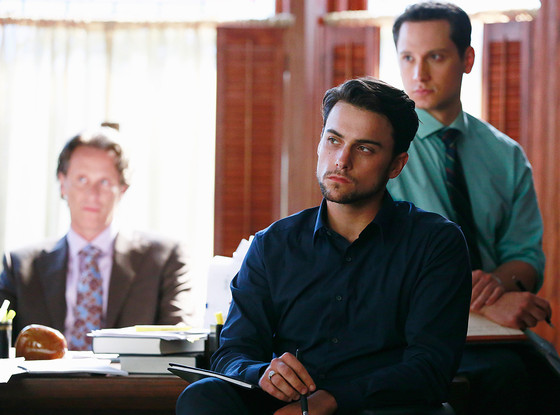 Don't worry! You want to keep your job. And we want you to keep it, too. Switching gears. Asher and Connor. Some fans have picked up chemistry there. Do you think that chemistry was intentional, is that actually going to happen?
I think I'll echo [creator] Pete Nowalk on that one and say that maybe after not having a lot of LGBT people in his life, Asher is sort of fascinated by Connor's love life and sex life. And currently I don't think Pete has any intention of making that become a reality. But I think the chemistry is palpable because Matt [McGorry] and I are such good friends and he is just amazing to work with. So I feel like like he could have chemistry with a teddy bear.

Tonight we find out who killed Sam. Were you surprised? Do you think the fans are going to be surprised?
Yes, definitely. The writers did a pretty killer—sorry about that pun there!--job of piecing it together and yeah, I was surprised. The drag is I really want to give my theory but I don't know if I ever will be able to just because of the nature of the show and how it's written. I have a really good theory and no one will ever know!  But I was surprised and I think the fans are going to be on the edge of their seats, truthfully.

[Make sure you read part one of this interview, with Jack's take on the racy sex scenes!]

CLICK: It's official! The best and worst new shows are...

TAGS/ How to Get Away With Murder , TV , Top Stories , Watch With Kristin
GET POP CULTURED!
*Email entered incorrectly. Please try again.
By subscribing to our newsletter you agree to the Privacy Policy and Terms of Use
Daily
Weekly