The wait is finally over!

Jimmy Kimmel had the honor of announcing this year's handsome Hollywood hunk that snagged the title of People magazine's Sexiest Man Alive for 2014, and it's Chris Hemsworth!

After playing a fun game of Q&A with the audience, Hemsworth answered their yes or no questions with a voice changer and mask via Skype, until they finally guessed his identity (thanks to some superhero questions).

"Thank you very much for the trophy. I'm most excited about the alive portion of that statement. I'm flattered. Thank you, Jimmy," Hemsworth said, and added that there is no hard feelings from his also-hot brother, Liam Hemsworth. "Liam is good. We've been throwing sexy looks back and forth all week. So he's been a real team player through this."

He continued, "I like everything there is about being sexy, to pursing the lips the right way to squinting at the essential time. Thank you, Matt Damon, and all the other previous intelligent men. This is based on an IQ test, not just the physical appearance."

As for who Chris would like to thank—"My parents, I guess, for putting this together." 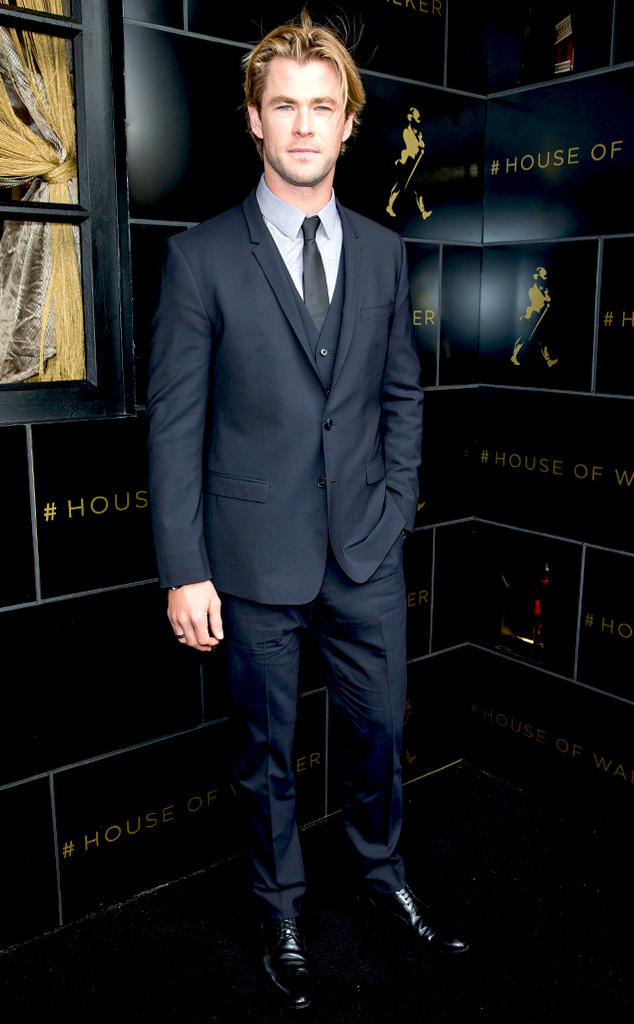 "Thank you for being here tonight. I'm glad you're excited. You're here on a very big night. Tonight I am going to reveal the identity of People magazine's Sexiest Man Alive. I want you to know I withdrew myself from consideration. I didn't think it would be fair since I'm the one making the announcement," Kimmel joked at the top of the show.

"Not only am I going to reveal the sexiest man alive, we're going to beam him in here via Skype to officially anoint him. I never felt more powerful or less attractive than I do today. I had to keep this a secret for like a week. As you know, sexy secrets are even harder to keep than regular secrets. What an honor to be trusted with this information. Sexiest man alive is the nuclear launch code of magazine covers."

The wait is almost over - tune into @JimmyKimmelLive for our #SexiestManAlive reveal!

"Last year it was Adam Levine. The year before that was Channing Tatum and the year before that was Bradley Cooper. I actually know way too much about this, I think. The criteria for sexiest man alive is very strict. First of all, you must be sexy. Secondly, you must be alive. If you're ugly or dead, forget about it, you're not going to win. We will see who does win in about ten minutes. Is it a win? I hope it's somebody fat this year, I really do."

Speaking of Levine, he was shocked to be given the honor.

"As a musician, you have fantasies that you want to win Grammys, but I didn't really think that this was on the table," the singer told the mag at the time. "I was just amazed and stunned and it almost seemed like they were kidding, but they weren't, so that's cool."

Are you happy with the mag's choice? Sound off in the comments!