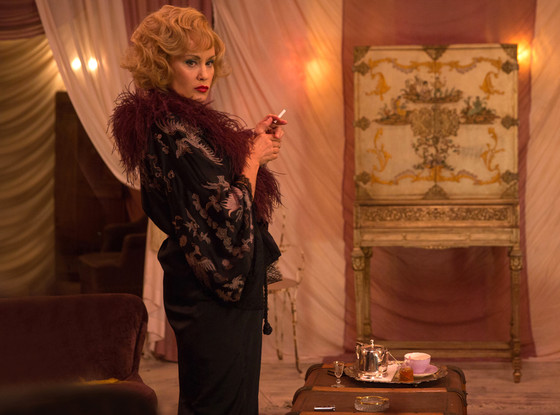 American Horror Story is the gift that keeps on giving for Jessica Lange.

The two-time Oscar winner has taken home two Emmys for her work on the FX anthology series. In addition to the prestigious awards, American Horror Story, now in its fourth season with Freak Show, has given Lange some of her most well-rounded characters in years, rock star like moments with people buying her songs on iTunes and her first action figure.

"Oh my god. No! Are you serious?" Lange said when asked if she's seen her American Horror Story: Coven toy. "That's just insane…Yeah, I don't think there was a Frances Farmer action figure [Laughs.], or a Blanche DuBois action figure. No, I hadn't heard that. That's kind of nuts."

This year, Lange plays Elsa Mars, the owner of one of the last remaining "freak shows" in the United States. She's German, wants to be famous and had her legs chopped off in a snuff film. It's been a wild ride and we're only five episodes in.

Will this season, her favorite yet, be Jessica Lange's last? Read on.

I loved the "Name Game" from season two, so seeing you do all these musical numbers has been so fun. What has it been like being at the center of them?
Well, it's interesting because when Ryan [Murphy] first mentioned to me that he wanted me to sing I assumed we would be doing kind of period appropriate songs. So when his first suggestion was "Life on Mars?" it was kind of like, "Oh, I don't know about that. I don't even know if I can do a song like that." What I love about this season and this character is that it has given me the opportunity to do things that I have never done before. I have to say, doing "Life on Mars?" and "Gods and Monsters" and then I get to do Kurt Weill and an old Stones song—yeah, it's been pretty great. I've had the best time doing it. It's interesting because I've never ever thought of myself as a singer—not even as a singer, but as someone who could sing. So this has been kind of like an extraordinary experience to actually do it, and then do it like a big musical number, [Laughs.] like some kind of rock star. Yeah, it's been kind of crazy.

People are buying your songs.
That's what somebody told me. I'm stunned, but yes, that's what I heard. [Laughs.] 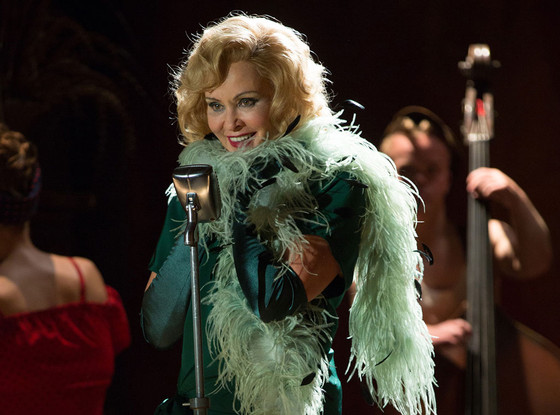 You've mentioned this character is different than your other characters. When I watch, there's something that's underlying tragic with her. She's so hungry for fame and acceptance and she's selfish in a way, but has this big heart. Out of all the characters you've played on American Horror Story, I feel like I'm pulling for her the most.
Well, I think she's the most complete. I think she's the most dimensional, the most complex. Because we're really exploring her history too, that lends—I mean, it just adds so much more to when we're playing scenes in the present to have an idea of the kind of tragedy that this woman suffered in the past. It just adds something to it; it adds a bottom to the character that for me is great. You can keep layering all the time and not be just kind of arbitrary, it's all based in something that we've been able to in the storytelling establish.

We're up to episode five, by now we've kind of explored her history and know how it all came down. It's good, there's a lot more that we go back to, but it's been just the most complete character I've played in years and years and years. With the singing and the past, the idea that she has tremendous love and care for these [people] who she refers to as her "monsters." She truly does and I think that's absolutely genuine. It's that kind of tragic flaw in a character when she's going to be her kind of innate, basic nature is being defeated by her own ambition. It's very kind of Shakespearean in a way. I'm not comparing this to a Shakespeare character, but that idea of ambition destroying the innate good nature of a human being, it's interesting to play. I have scenes in German, I've got scenes in Italian, we're all over the place with this. It's really great. And then the singing and the performing, it's pretty wonderful.

Were you at all taken aback by any of those scenes? We had the dominatrix scene and I had to look away when I saw Elsa's legs about to get chopped off. Was that hard to film?
The dominatrix thing was kind of…yeah, you know, again, you never know how it's going to be filmed or cut together. I think there was a certain humor to it, which I kind of liked. I think the idea that what we were trying to establish there—this is all very well researched, this whole period of time. The Weimar Republic, Berlin…the number of women who had to turn to prostitution just to survive. It was really quite extraordinary. That's another great thing about playing a character like this. Suddenly you're immersed in a world you know nothing about. I'm doing all this reading about the Weimar Republic and the desperation of the German people between the wars. It's really quite extraordinary when you start reading about it historically. But the filming of it, yeah, I mean [Laughs.] Again, it's way out of my wheelhouse, but it was fun to do actually. The snuff film? We're touching on stuff that's so horrific, but I think they did it delicately enough so we didn't see the legs actually coming off and limbs flying and blood splattering. I felt we didn't need that. 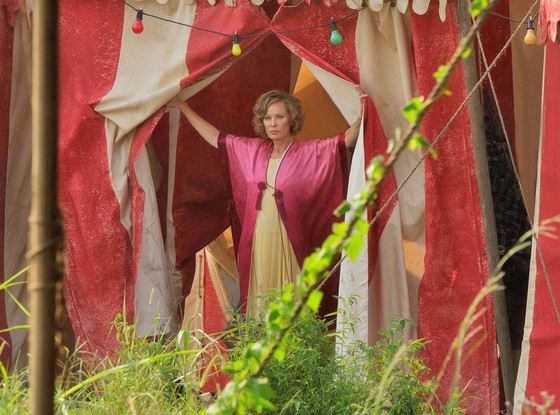 What is your favorite part about Elsa?
I think it is her—the conflict that she—it's great to play a character in conflict. You can shift so many times within a scene, sometimes within a line. So it's not straightforward ever. It's not like a straight line. It's not linear. It always has these twists and turns to it. As an actor it's so much more interesting to play that than something of singular movement. That she has this kind of wonderful brusqueness and this kind of toughness, this coldness, and yet at the same time there is—this is something I spoke to Ryan about early on that I felt very strongly about is that she does love these people. With all her heart. This is her family, it's the only family she's ever known and if we don't understand that the kind of tragedy of that character isn't there. It's just been great. It's been a huge character and I love playing her.

Ryan has been very open about getting you back for a fifth season.
[Laughs.]

Have you made up your mind one way or another?
You know, I told him that we would sit down and have a long conversation when this was over. In a way this character is so great, I don't know how you top Elsa Mars. I really—in deference to Ryan, who I love dearly and who I respect beyond—I have no idea at this point. 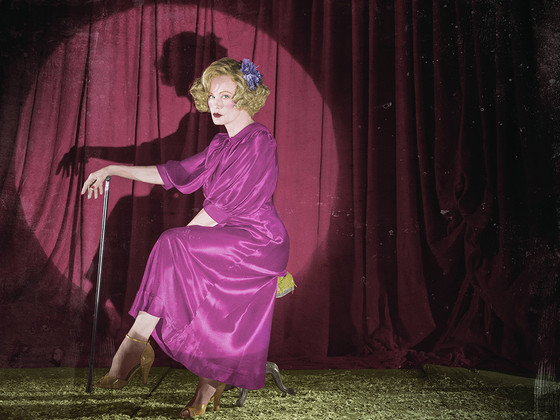 For you, what do you think the biggest challenge is this season?
It's such a huge piece and I guess the hardest thing is just trying to do the amount of work that each of these episodes requires in the amount of time they want to do it. It's physically exhausting. The whole idea of the character and everything is very energizing, but the way we're shooting and the way we're working has been absolutely exhausting from start to finish. For me…it feels like it's bigger character this year than in past years, so I'm just working on much, much more. Long hours, you know. What's great about it is the work is always exciting. That makes it worthwhile in a way. You can put up with all the other bullshit if the work remains thrilling to do.

You said the show feels bigger and as a viewer I have to agree. The sets, everything just feels so much bigger this year.
It is. The characters, I think, are far more interesting, the story...It just feels so much more cinematic, so much more literary. It has a weight to it that we surely didn't have last year. To me this is kind of the biggest and the best of our seasons so far.

It's quite a way to go out then if this is your last year.
Yeah. When we go out to the set and we're out there in that compound with all the tents and the trailers, it just has a poetry to it that I think is unique.