Now that a substantial amount of time has passed, it seems like Chris Brown is willing and ready to talk about all of the things he may have been hesitant to address five years ago.

The singer stopped by Hot 97's Ebro In The Morning radio show to promote his new album X, and during his interview, Breezy talked about everything. No, seriously—Chris opened up about his 2009 assault against Rihanna, why he and RiRi gave love another shot, the Barbados beauty dating Drake and so much more.

"Honestly, I just kinda listened to the wrong—'OK, we need to to do this' PR strategy—I really just wanted to be like, man, f--k y'all, and that's how I feel, because it's my personal life. I'm going through a troubled time right now," Brown began to say in regards to the infamous altercation with his then-girlfriend.

PHOTOS: Take a look back at Chris and Rihanna's relationship 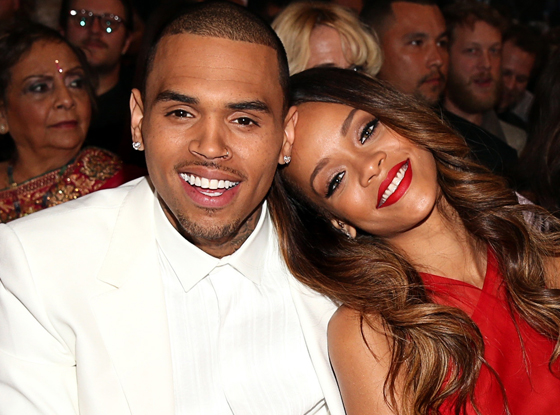 "I feel like through the years, I've said [I f--ked up] enough now to where it's like, bro if you're still on that then I feel sorry for y'all, because it's over with. I don't have animosity about it. Obviously I have remorse about it and it's something that's really serious, but as far as the situation—like me and her, we made amends, we good. She's my friend," he continued.

"So at the end of the day, I knew that was a mistake I would never make again, but I take into consideration like, dang, I was like 17-18—I'm 25 now—so I look back at it now like, dang, and I'm still doing community service and seeing the judge every month and a half over that situation.

"It's something that, in your personal life, you definitely wanna keep those skeletons in your closet but because I'm an artist like me, you gotta be public about it. Everybody has their own demons and their own skeletons, but it's only how they handle it after when it's showcased. Some people have great political speeches, I can't do that. I can talk about it like this. I can give you a great song." 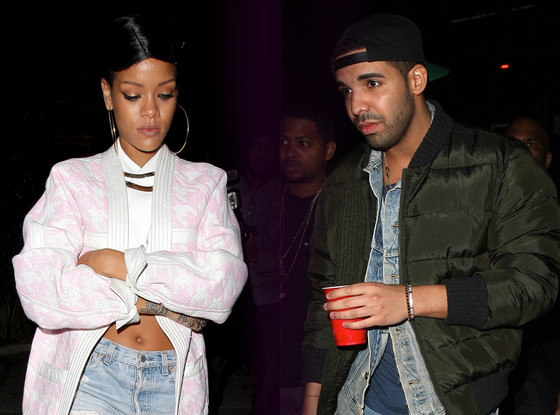 Chris and Rihanna continued to make headlines when they decided to rekindle their romance after the big blowout. Breezy explains that he just really wanted to show her that "I could be the man she wanted me to be."

He also admitted that he saw her Oprah interview, and watching her get so emotional and express her worry for Brown, let him know that there was possibility to at least remain friends. "She's showing me she cares because I didn't know for a while…I was actually moved by it," Brown said.

But things became extra awkward when RiRi decided to start dating Drizzy. "I'm content with who I am, so whoever decides to move on or do their thing, that's cool. You gotta consider that was in the thug Chris Brown era when I was…that was when I was all up on runnin' up on dudes," he began to say, but confessed that he feels like Rihanna did that to hurt him. 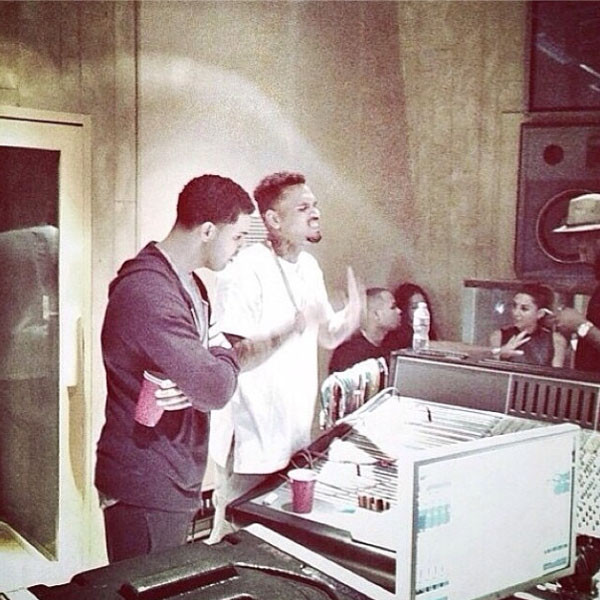 "In a way I do…It's understandable. It's the game, we young…we do that at that age. I think once we hit our 30s, we're in a mature stage of life and we're not focusing on that."

Luckily, the trio seemed to have all moved past the drama, and even past that huge bar brawl between the two rappers, which Chris refers to as a "stick yo' chest out contest. That's all it was. That was a, 'who got the biggest account in the room?'"

In fact, Brown shared that Drake's camp reached out to him and his people prior to the ESPYs to pitch doing a sketch together (you all remember that, right?) and that's when the pair finally decided to move forward.

"Let's break this whole beef thing and make light of the situation because it shows growth and maturity," Brown said.