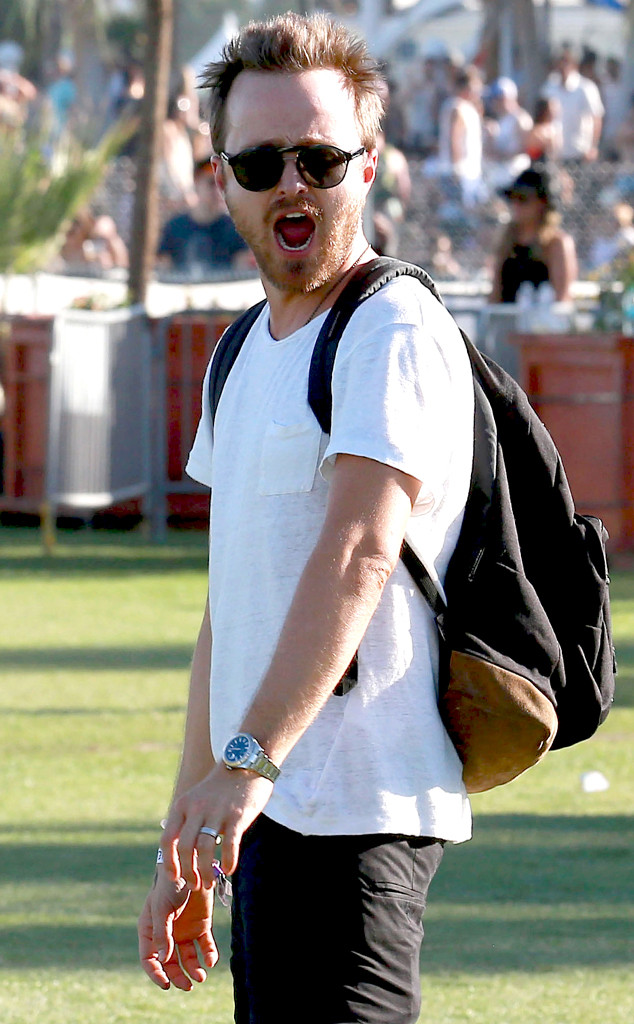 UPDATE: Aaron Paul did end up saying his infamous B-word, after all. He also spread the word on another Change.org petition that promotes putting the Breaking Bad action figures back to Toys 'R Us. "Here's the petition to sign to keep the toys on the shelves! This would be so fun to show the Florida mom. YeahBitch," he tweeted.

The petition states: "Toys R Us is well known around the world for their vast selection of toys for children of all ages, and we do mean ALL ages, that includes the adult collector market...It is NOT irresponsible to have these in the store. It is only irresponsible if they sell them to people they are not appropriate for. That's why I'm calling on Toys R Us to KEEP selling the Breaking Bad action figure collection in their stores and on their website as well as other 'mature' toy lines."

There are currently 8,652 supporters and counting...

It was only a matter of time until Aaron Paul chimed in, and he's not happy.

The actor gave Toys 'R Us a piece of his mind via various tweets after learning that the toy company has chosen to grant the angry Florida mom her wish and pull Breaking Bad action figures off their shelves. And although Paul didn't pull out the infamous B-word during his Twitter response, he did bring another B-word into the mix.

"Wait, so @ToysRUs pulled all of the Breaking Bad figures from their shelves and still sells Barbie? Hmmmm...I wonder what is more damaging?" he asked. "And what about all of the violent video games you sell @ToysRUs ? Do you still sell those? Florida mom really messed it up for everyone."

"'BarackObama: Wait, are you serious about the whole @ToysRUs thing?!?' Yes I am Mr. President. Yes I am," he tweeted. (No, the president didn't actually tweet that. We checked, just in case.)

In regards to their decision, Toys 'R Us recently told E! News in a statement, "Let's just say, the action figures have taken an 'indefinite sabbatical.'"

Prior to the company making their decision, Bryan Cranston tweeted about the petition against the AMC series collection. "'Florida mom petitions against Toys 'R Us over Breaking Bad action figures.' I'm so mad, I'm burning my Florida Mom action figure in protest," he tweeted, LOL!

Susan Schrivjer of Fort Myers, Fla. started the Change.org petition last week and wrote, "Toys R Us is well known around the world for their vast selection of toys for children of all ages. However their decision to sell a Breaking Bad doll, complete with a detachable sack of cash and a bag of meth, alongside children's toys is a dangerous deviation from their family friendly values."

Additionally, Schrivjer argued, "While the show may be compelling viewing for adults, its violent content and celebration of the drug trade make this collection unsuitable to be sold alongside Barbie dolls and Disney characters."

Well, as Aaron Paul graciously pointed out, Barbie is another story.