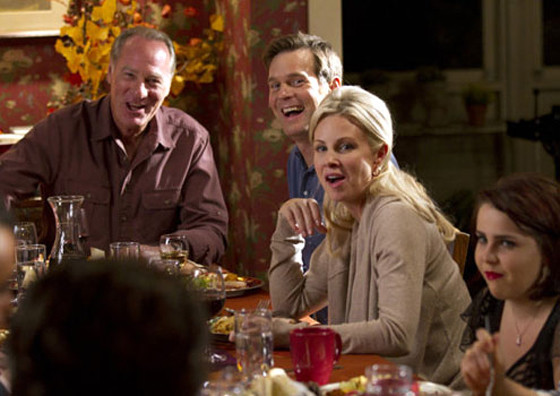 "Kleenex will be happy! Invest now, get some stock for sure."

That was Monica Potter's answer when we asked her just how many boxes of tissues Parenthood fans are going to need to get through the final season.

After inviting us to their family dinners, fights and struggles for six seasons, the Braverman clan is readying for their final goodbye, and Potter told E! News it's been an emotional experience on the set of the NBC drama.

"It's sad. It is sinking in. I think a lot of us are reminiscing about the years we've spent together," she said. "We've seen each other through a lot of hard times and great times. We've had babies on the show and real life. There's been marriages and breakups and things, just like the Bravermans. We've all been there to hold each other's hand along the way. It's going to be a sad day when we wrap."

Potter was equally as emotional when the topic of the family's first major death came up. (Family patriarch Zeek, played by Craig T. Nelson, seems to be the likely candidate, given his heart condition and hospital visit in the premiere. Sob.)

"I know that there's something that is monumental that happens, but none of us really know yet. We haven't gotten the scripts. It's going to be someone. I don't know, I have a guess of who it is," Potter said, before adding, "I think one person might know and it's probably the person that it's going to happen to, but nobody else does."

And while fans and the press are buzzing about which member of the Braverman clan we'll be losing, Potter told us no one is talking about it on set. "I think in some weird way we're not talking about it because we're all afraid of it," she said. "Subconsciously we all don't want to face that because if I'm right in my hunch in who it is, I don't know how I'm going to deal with that. Even though it's not real."

CLICK: Get scoop on the final season in our Spoiler Chat 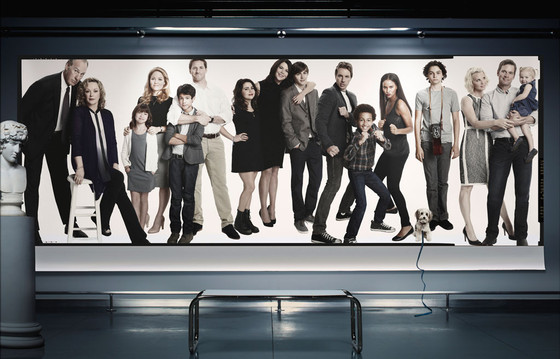 As for Adam (Peter Krause) and Kristina, fans can expect to see them "hit with some harsh realities" with their recently-opened charter school, as well as dealing with Max (Max Burkholder) growing up.

"I think Max will be coming into his own with girls and things like that and I think Kristina, it's not really going to sit well with her, just because she's so protective of him and wanting to make sure no one can hurt him," Potter previewed.

Potter has similar feelings when it comes to Max Burkholder in real-life as well, still grappling with the realization that her on-screen son is now old enough to drive. "He's like I'm going to go to an audition, I have to go to Santa Monica. I'm like, ‘Who's driving you?' he's like, ‘I am, I just got a Mustang.' I was like, ‘No, you are no driving!'"

And while it probably won't factor into the couple's storyline, Potter revealed that she and Peter Krause will probably be arguing for custody over one item when the series wraps.

"Peter and I have this can of pineapple that has obscenities on it and we hide it from each other, so if one of us is having a bad a day we just hold it up," she said. "I don't know who's going to get the can of pineapple. It's been there for six years."

PHOTOS: The 20 most shocking deaths in recent TV history

TAGS/ Parenthood , Watch With Kristin , TV , Top Stories
GET POP CULTURED!
*Email entered incorrectly. Please try again.
By subscribing to our newsletter you agree to the Privacy Policy and Terms of Use
Daily
Weekly