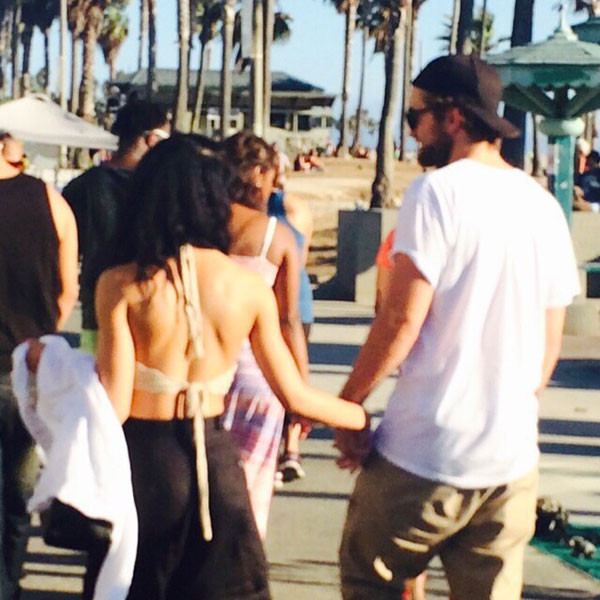 Grab your tissues, Twi-hards: Robert Pattinson is off the market.

Afer E! News reported earlier this month that the 28-year-old hunky actor has been spending a lot of time with British singer FKA twigs(whose real name is Tahliah Barnett) following an introduction by a mutual friend, we can now reveal that the pair are "officially an item."

Just three weeks ago, a source told E! News that the two were "not quite" in a relationship, although friends said the singer is Rob's type and believed the pair would couple up in a flash. It seems that their pals' predictions proved to be true, as the twosome was spotted holding hands on Sunday while strolling out and about in Venice Beach.

One sneaky fan managed to capture a few snaps of the duo as they walked down the busy boardwalk together, seemingly unafraid to flaunt their affection in public while soaking up the California sunshine and enjoying each other's company.

PHOTOS: Look back on Rob and Kristen's romance diary 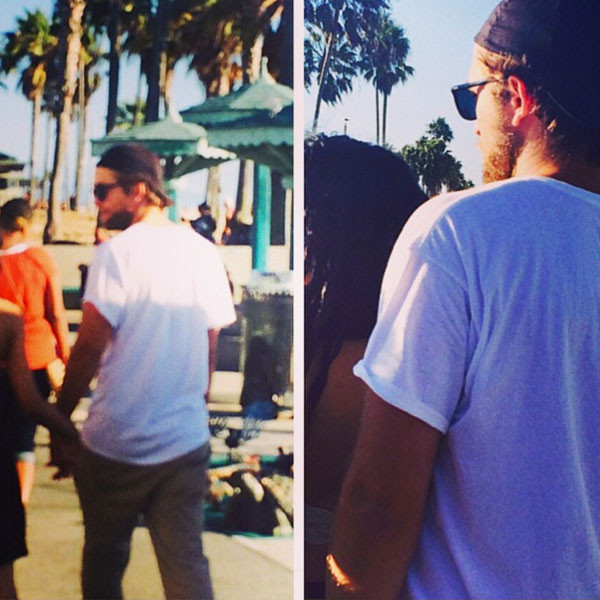 Both R.Pattz and Twigs were dressed casually for their afternoon date, with the former Twilight star sporting a white T-shirt, baseball cap and khaki pants in addition to rocking his signature scruffy beard; his rumored girlfriend flaunted her enviable figure in a sexy beige crop top.

While it's unclear how serious they are, a source close to Rob tells E! News that FKA has recently moved to LA from NY and is staying with the actor at his home. The insider also revealed that the couple is "quite goofy" and "has great chemistry together," adding that "Rob really likes her."

The British stud and the 26-year-old, Jamaican-Spanish beauty were first spotted together in New York City with Pattinson's close pal Tom Sturridge last month, and the duo was seen strolling around the Big Apple several times after.

Pattinson and Kristen Stewart, known to Twilight fans as the beloved Edward Cullen and Bella Swan, pulled the plug on their high-profile relationship in May 2013 after more than three years of dating. Their split came less than one year after the Twilight actress was caught with her Snow White and the Huntsman director Rubert Sanders, who has two children, and, at the time, was married to Liberty Ross.

Following their much-buzzed about break-up, R.Pattz, who also recently revealed he has kept in contact with Kristen, has been linked to a slew of good-looking ladies, including Dylan Penn and Riley Keough, although Twigs seems to be his first true romance since Stewart.

Four months after calling it quits with Kristen, Pattinson revealed what he wants in a girlfriend and admitted that confidence is key. "Someone knowing who they are, it's the best," the A-lister, who is known for his down-to-earth demeanor, told Harper's Bazaar Arabia.

And clearly, he's put the highly-publicized cheating scandal in the past:

"S--t happens, you know?" the handsome thesp told Esquire U.K. with a laugh, referring to the end of their romance, which became somewhat of an obsession for many Twilight fans. "It's just young people...it's normal! And honestly, who gives a s--t?"

"The hardest part was talking about it afterwards," Pattinson added. "Because when you talk about other people, it affects them in ways you can't predict. It's like that scene in Doubt, where he's talking about how to take back gossip? They throw all those feathers from a pillow into the sky and you've got to go and collect all the feathers."

Do you think Rob and FKA Twigs make a cute couple? Tell us in the comments!