Why Mariska Hargitay Is Even More in Love With Law and Order: SVU 16 Years Later 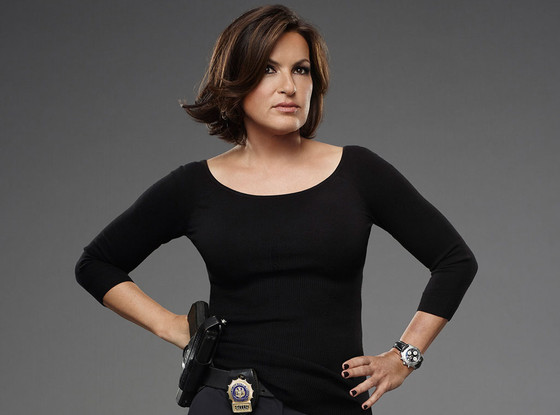 Mariska Hargitay has been put through hell on Law & Order: SVU. As Olivia Benson, the heart of the series, she's been shot at, stabbed, kidnapped, tortured, come thisclose to being sexually assaulted and lived to tell the tales.

As season 16 rolls up, Hargitay—who has been with the show since its start and is first to admit she never thought that 16 years later she'd still be on the beat as Benson—is even more in love with the character and her job.

"I love her more now than ever...I love her because I am challenged by her," Hargitay told reporters on set of Law & Order: SVU. "I never know what's going to happen. She surprises me. [Warren Leight, showrunner] surprises me. This character has evolved, which is the most exciting part of it. I feel in many ways she's a new character because she's gone through so much that has truly transformed her." 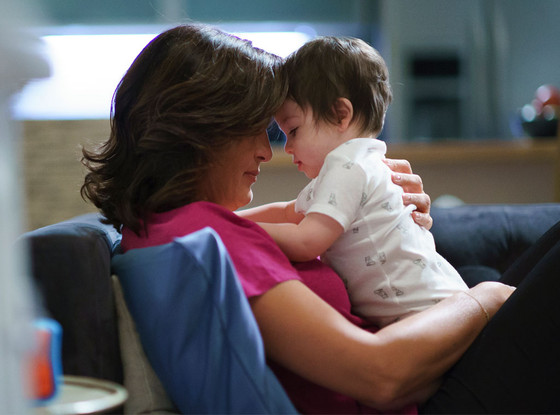 Thank William Lewis, played by Pablo Schreiber, for that. "This dark thing that happened changed her, and now she's been given this gift of light, love and possibility. It's something that fills her so deeply and yet scares her beyond fear," she said, referring to the character's foster son, Noah. "They say when you're a parent, your heart goes from inside to outside. She's just trying to figure it out and I've got all these new notes to play. The show has a different tone in a way and it just feels new. After last year, which in many ways I felt like we kind of peaked and now I feel like we haven't..."

After you kidnap, torture and then send the character through rounds of therapy, what is there to do? That's the question Leight had to ask himself.

"You can't kidnap her again," he said.

"I mean, you could, but we'd get canceled!" Hargitay joked.

"You could probably get away with it for two years, but it's too cheesy. Right? Someone's gone through that, she did have a good therapist, portrayed by Bill Irwin, and in a way that changed her, but also brought her some closure, some understanding of why she spent her whole life rescuing girls—she was rescuing herself," Leight said. "And she ends up putting herself back in danger and rescues another young girl and gets the Beast out of the way, but that Beast was a lifelong beast in some ways. Now she's..."

"Evolved," Hargitay, who will step behind the camera again to direct a midseason episode of SVU, said. And the evolution of Benson continues in season 16. Despite what some fans may feel, those who bring that character to life have welcomed it.

"Sometimes the rule in TV is people aren't supposed to change. The Beverly Hillbillies are The Beverly Hillbillies...the sheriff is the sheriff," Leight said. "When I came in they were like, ‘Don't touch the formula.' I don't think that's interesting for an actor. And since what you are at one age is different from what you are at the next age, if you don't change you're actually stuck. And stuck is not interesting."

"On or off the screen," Hargitay said.

CLICK: See behind the scenes of Mariska's directorial debut 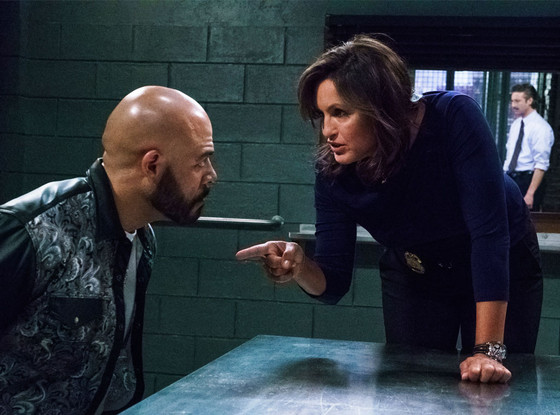 Since Leight took over SVU beginning in season 13, Benson started to date, she had boyfriends, she lived with Cassidy (Dean Winters) and now she has a baby. "I think the audience wants to see her evolve. I think it's more interesting than seeing her be the same person week in and week out," he said.

"Olivia's journey in so many ways is true hope...It's what we pursue, so if we grow, new doors open for us. Because she did, it's the reward of the universe in many ways. She went through the fire and there was light at the end of the tunnel with new challenges, obviously, but it's exciting to be on a new journey. And because of that, the show feels so new and the character feels so new to me," she said. "There's nothing old about it, it's all new issues, it's new challenges, it's new relationships with each person because of what [Benson has] going on in the life, which I never had. Even with [Benson's] boyfriend, work was first. Always first. With this life in front of [her], nothing [else] is first, yet [her] instinct is work is first, [her] instinct is ‘Justice. What do I need to do?' [Benson's] instinct is to get it done and yet now [she] has new instincts that are like new shoes. It's kind of unwieldy...[it's a] new line."