Adam Levine and Behati Prinsloo Are Married! 5 Things to Know About Their Big Day

Adam Levine is a married man!

The Maroon 5 frontman and his model ladylove Behati Prinsloo swapped vows in Cabo San Lucas, Mexico Saturday night, with about 300 guests watching them say "I Do."

Now that their nuptials have to come to a close, check out the five things to know about their big day! 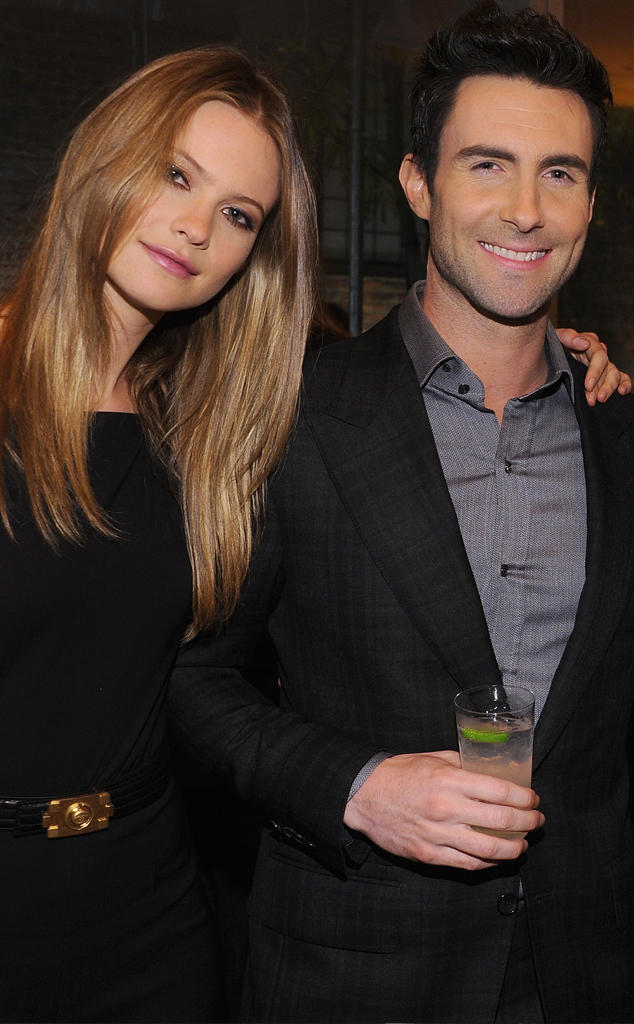 1. The Venue and Guests: The wedding took place in a tent at Flora Farms as the sun was setting. Before it began, about 300 guests clad in linen suits and colorful summer dresses, were dropped off via shuttle starting at 5:30 p.m., a source told E! News exclusively. Robert Downey Jr.., Jonah Hill, Jason Segel and Erin Heatherton were among the guests in attendance. The weather was still very hot and humid at the point that guests arrived, so the tent was air conditioned. Everyone sat inside and talked before the ceremony started.

2. Adam and Behati's Pre-Wedding Prep, Plus Wedding Party Details: Levine and Prinsloo got ready in different sections of a home on the property. The singer opted for a fitted tux, while his bride stunned in a Marchesa gown. They were both able to walk through a tent to get to where the ceremony was set up and never went outside. There was a security team of 100 employees hired to protect the couple and make sure the wedding was extremely private.

Marchesa confirmed exclusively to E! News that Prinsloo's dress was a beautiful lace gown with silk tulle from knee to floor with spaghetti straps. She wore a long veil and changed for the reception into a long, white sexy number.

Aside from Coco Rocha, the majority of the bridesmaids were Victoria Secret models and they wore white dresses. Meanwhile, the groomsmen sported black Hawaiian print shirts and black trousers. 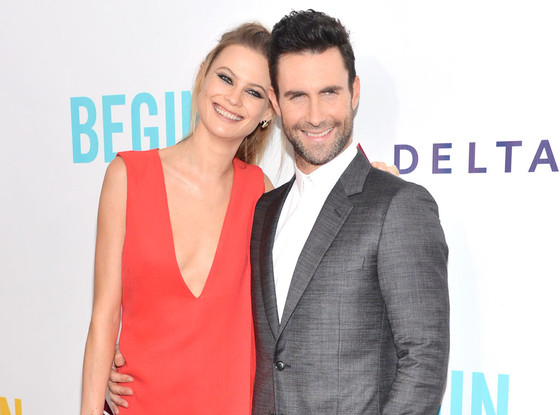 3. The Reception: Once the bride and groom exchanged vows, there was a loud applause from the crowd. The weather cooled down as the sun was setting, and everyone was escorted to the Field Kitchen when the wedding was over. During the reception, a mariachi band performed and Farmarita cocktails were passed around on trays. There were multiple seating areas set up where guests relaxed on day beds resting on hay bales, white sofas and colorful chairs.

The rest of the evening's festivities took place outdoors on the grounds of the 10-acre farm. There was a rooftop deck, bar area, pond, and multiple stages for musical performances. Music was a huge part of the evening with several live bands taking the stage, including Stevie Nicks.

Dinner was served family style on the lawn. The tables had very simple decor with everything done in neutral colors including white and cream.

4. The Couple's Charitable Gesture: In lieu of gifts, the duo asked their guests to make a donation to the Children's Hospital of Los Angeles.

5. The Honeymoon: The 35-year-old Voice coach and Prinsloo will gather with their guests again Sunday morning for an intimate brunch. Once the weekend's final festivity comes to a close, the pair will head to South Africa for their honeymoon.

PHOTOS: We can't wait to see what Behati wore on her big day! Check out what these other celeb brides rocked.