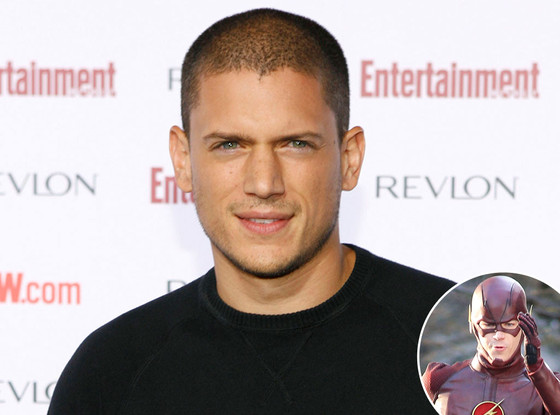 The Flash is racing to TV this fall and all eyes are on The CW's Scarlet Speedster. Hailing from Greg Berlanti, Geoff Johns and Andrew Kreisberg and starring Grant Gustin as Barry Allen with a supporting cast of Jesse L. Martin, Tom Cavanagh, Candice Patton, Danielle Panabaker, Rick Cosnett and Carlos Valdes, the new drama is set in the same universe as Arrow and fans can expect that fact to be very noticeable. But don't expect this to be Arrow 2.0.

"We weren't looking to do the same show twice," Kreisberg said. For The Flash, he said they wanted somebody who was "more normal" to embody the "spirit of hope," and who is "just somebody you would fall in love with."

"Grant was literally the first person to read for Barry," he said. "After that it was sort of over."

At the 2014 Summer Press Tour, the cast and producers revealed new details on the show, it's ties to a larger DC Universe and more.

Guest Stars: Robbie Amell, cousin to Arrow star Stephen Amell, will appear in the third episode as Ronnie Raymond, the hero Firestorm, and the fiancé to Panabaker's Caitlin Snow who was mentioned in the pilot. Prison Break star Wentworth Miller will appear in episode four as Leonard Snart—or Captain Cold to comics fans.

About that Gorilla in the Room: At the end of the pilot, The Flash teases Gorilla Grodd, a DC Comic villainous gorilla. But don't expect to see Flash take on Grodd anytime soon. Producers revealed that easter egg "means the world to us," and that it was almost cut several times. "One day we can see exactly what jumped out of that cage," Kreisberg said.

"It's something that inspires us to try harder and figure out how to pull it off," Berlanti said, noting the character will be teased in future episodes. 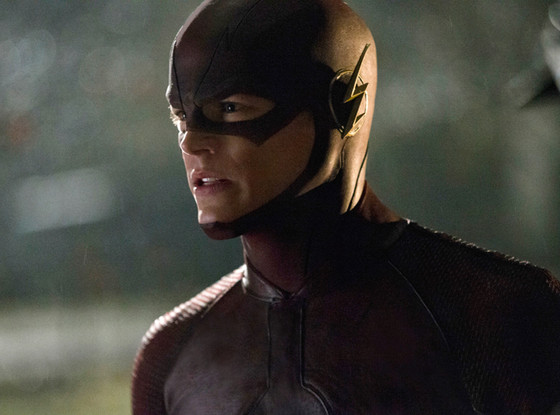 TV vs. Movies: Johns said in the DC Comics universe, movies and TV are different. "It's not second prize," Berlanti said of the world being created on film vs. TV. "It's the prize for us to tell these stories with these character." Between characters on Arrow and Flash, Berlanti said half the Justice League will be on TV.

The Suit Makes the Man: Traditionally, Flash wears a brighter, more primary color red suit. That's been changed for the series. Colleen Atwood designed the suit, she also designed the Arrow costume, and Berlanti said they went through a series of designs to get the right one. "You arrive at one design everybody kind of agrees on…that feels real…that could exist in our world," he said. The producers plan to have the suit change throughout the show. "Our hope is to augment and change it over time…we'll be evoking the suit more than we did on something like, Arrow…this is so much more about the engineering of it," he said.

Gustin revealed the first time he put on the costume to shoot a scene was for an action sequence. "It was really intense," he said. "It was really cool…I feel powerful in it…It's awesome."

The Flash premieres Tuesday, Oct. 7 on The CW.

TAGS/ TV , Top Stories , Watch With Kristin , TCA 2014 , Wentworth Miller
GET POP CULTURED!
*Email entered incorrectly. Please try again.
By subscribing to our newsletter you agree to the Privacy Policy and Terms of Use
Daily
Weekly