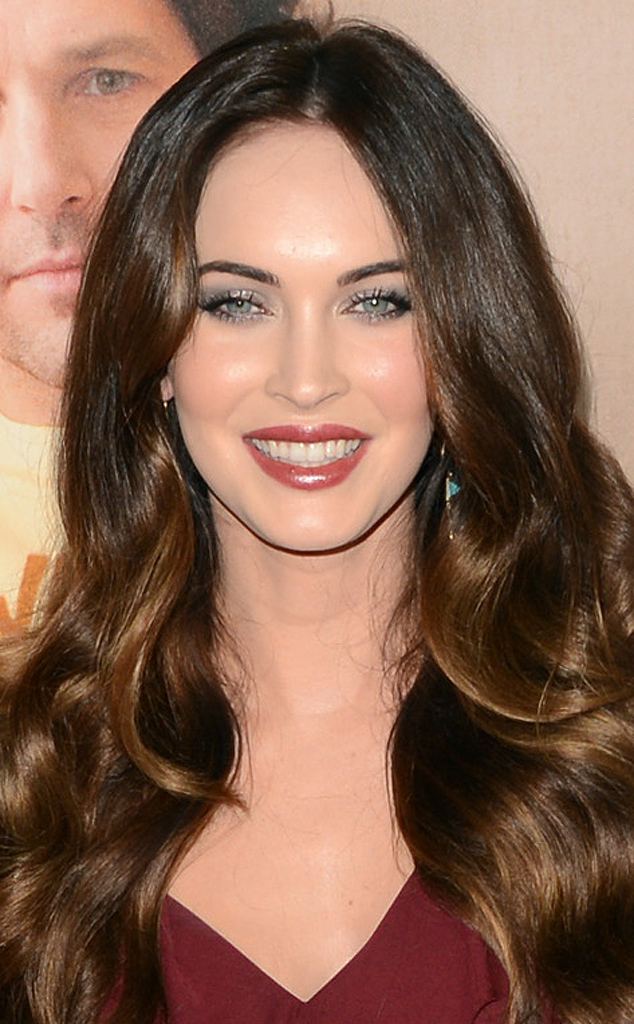 Megan Fox's career is hotter than ever, but when she became a mom, she scored the role of a lifetime. In fact, raising sons Noah, 21 months, and Bodhi, 4 months, is everything she imagined and more.

"Before you have kids you really do not understand how much work it is and how consuming it is," Brian Austin Green's 28-year-old wife, who next stars in Teenage Mutant Ninja Turtles, tells Parents. "And then you have one and you're like, 'Oh my God, my baby is my whole world.' Every moment of the day is dedicated to this one baby and then all of a sudden you have two babies! Their needs are so different."

"It's really hard to manage because I also don't let them watch TV. It's not like I'm going to sit Noah in front of the television so I can take care of Bodhi," Fox explains. "I have to figure out how to incorporate Noah into the process and have him help me take care of Bodhi and make sure he doesn't get jealous and make sure nobody's neglected and everybody's needs are being met. As a mom it's hard because I don't feel like I'm ever giving either one of them 100 percent of my attention or 100 percent of myself, so I carry a lot of guilt. Do they each understand how special they are and how much I love them? And are they understanding that they're unique? It's hard to make each one feel like an individual when you have to raise them together and manage them together all of the time. So that's the most difficult part."

Fox loves watching her elder son bond with his younger brother. "Noah's starting to interact with Bodhi," she says. "He'll try to comfort him sometimes when he cries and he'll do the 'sh sh sh sh.' And to watch him do that melts my heart. I'm excited for the future, to see them be brothers and be best friends and I know that there's gonna be lots of fighting, but there's also gonna be lots of hugs and kisses. It's sort of mind-blowing to think about how amazing the future is going to be with them."

Like many mothers, Fox is riddled with anxiety when it comes to her sons' futures.

"Even during my [first] pregnancy, I had no idea how worried I was going to be for the rest of my life. From the moment I gave birth to Noah, that was the first time I was like, 'I love something so much that I will never be the same again,'" the Confessions of a Teenage Drama Queen star recalls. "I will never be relaxed again because I will always be worried about him and hoping that he is ok and safe and happy."

Given that she and Green are both actors, Fox says it's inevitable she'll let her kids watch TV someday.

"I do let them watch movies," she explains. "I just don't let them watch TV. With movies I feel like there's a beginning, a middle and an end. It's linear. There's a clear story. I think that it's different than just putting a kid in front of the television, because it's just nonstop. They're just being bombarded with all of this sort of live media and it's very overwhelming and it's too stimulating, I think, for anyone."

"I don't watch television because it's just too much it overwhelms me. I just can't deal with it," she adds. "But I do let them watch movies. Movies are so nostalgic and they can remind us of these amazing times in our childhood. I remember going to the theater to see movies with my dad or my mom and those are special moments for me. One day they're gonna watch television. I can't keep it from them forever. My intention is to keep it away as long as possible or to introduce it through Apple TV so they're not being exposed to the commercials constantly. My goal is no computers, no cell phones until at least eighth grade."