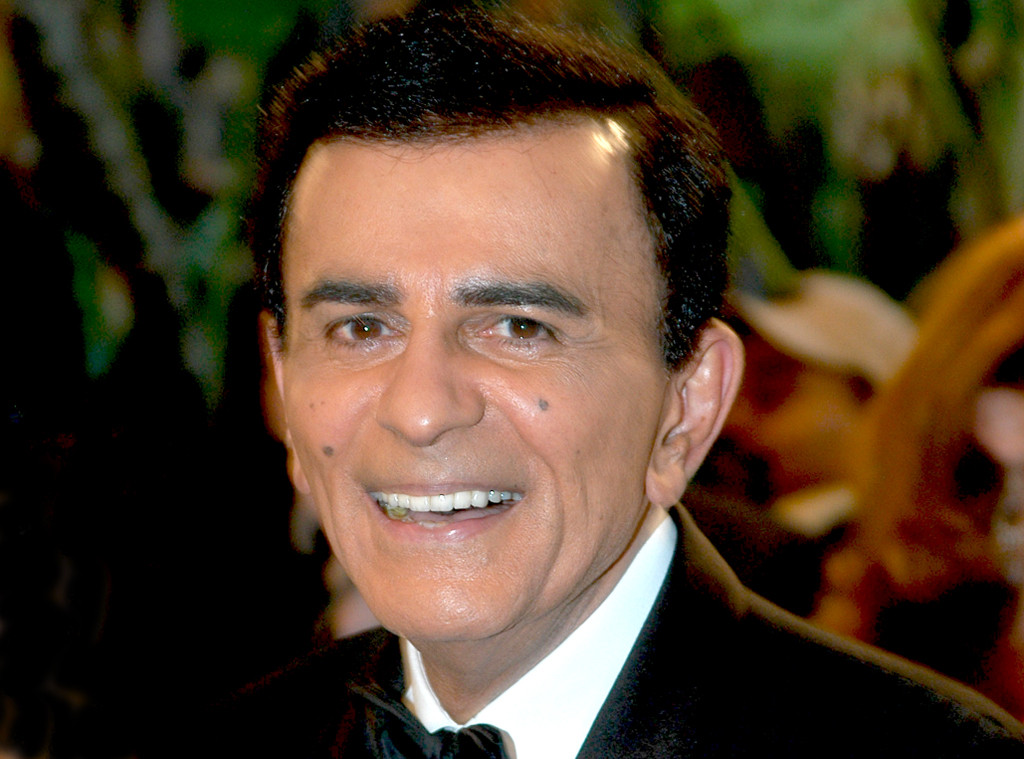 Casey Kasem, one of the United States' most famous radio DJs and a cartoon voice-over artist who worked on several Scooby-Doo cartoons, died at age 82 on Sunday, June 15—Father's Day, his rep confirmed to E! News.

He had been suffering from Lewy body dementia, a degenerative disease similar to Parkinson's, and had been hospitalized in critical condition. His family had been involved in a legal battle over his health care and visitation rights and a judge had ruled that daughter Kerri Kasem, who was in charge of his care, be allowed to implement end-of-life measures for the ailing radio personality, against the wishes of his wife and her stepmother, Jean.

"Early this Father's Day morning, our dad Casey Kasem passed away surrounded by family and friends," she said on her Facebook page, alongside a throwback photo. Even though we know he is in a better place and no longer suffering, we are heartbroken. Thank you for all your love, support and prayers. The world will miss Casey Kasem, an incredible talent and humanitarian; we will miss our Dad. With love, Kerri, Mike and Julie." 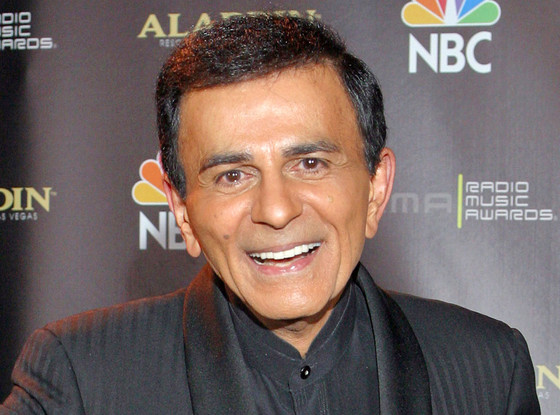 "We are confirming that Casey Kasem passed away at 3:23 AM this morning at St. Anthony's Hospital in Gig Harbor, WA," his rep told E! News. "He was surrounded by Kerri, Mike, Julie and close family and friends. No cause of death given at this time."

The radio personality's wife was not by his side when he passed away, E! News has learned.

Casey had been in a care facility in California earlier this year and his wife had recently moved him to a private residence in Washington. On June 1, Kerri arrived with an ambulance crew to bring her dad to a hospital and her stepmother threw  a pound of raw hamburger meat at them before allowing them inside.

Casey, who was born Kemal Amin Kasem in Detroit, worked as an Armed Forces Radio Korea Network DJ and announcer while serving in the U.S. Army during the Korean War in 1952. He later worked at several stations in the United States and launched the show American Top 40 in 1970. He was succeeded by Ryan Seacrest in 2004.

"It's a sad day for the broadcasting community and for radio listeners around the world," Seacrest, who is also an E! host, said in a statement to E! News. "When I was a kid, I would listen to Casey Kasem's AT40 show every weekend, and dream about someday becoming a radio DJ.  So when decades later I took over his AT40 countdown show, it was a surreal moment. Casey had a distinctive friendly on-air voice, and he was just as affable and nice if you had the privilege to be in his company. He'll be greatly missed by all of us."

''When I signed off, I just said, 'And don't forget, keep your feet on the ground and keep reaching for the stars,'" Casey told the New York Times, repeating his famous radio catchphrase.

In addition to his radio work, Casey also provided the voice of Shaggy and other characters in several Scooby-Doo cartoons. Matthew Lillard portrayed the character starting in 2010. Casey also made two memorable appearances as himself on the hit '90s teen series Saved By The Bell and his voice was also heard in the 1984 movie Ghostbusters, which featured Jean in a party scene.

''Shaggy is one of my claims to fame," the radio personality told the New York Times. "But I think Casey surpasses him a little bit. However, one will last longer than the other, and Shaggy will go on forever. 'They are going to be playing Shaggy and Scooby-Doo for eons and eons, and they're going to forget Casey Kasem—unless they happen to step on his star on the Hollywood Walk of Fame. I'll be one of those guys people say 'Who's that?' about. And someone else will say, 'He's just some guy who used to be on the radio.''

TAGS/ Casey Kasem , Death , Top Stories
GET POP CULTURED!
*Email entered incorrectly. Please try again.
By subscribing to our newsletter you agree to the Privacy Policy and Terms of Use
Daily
Weekly