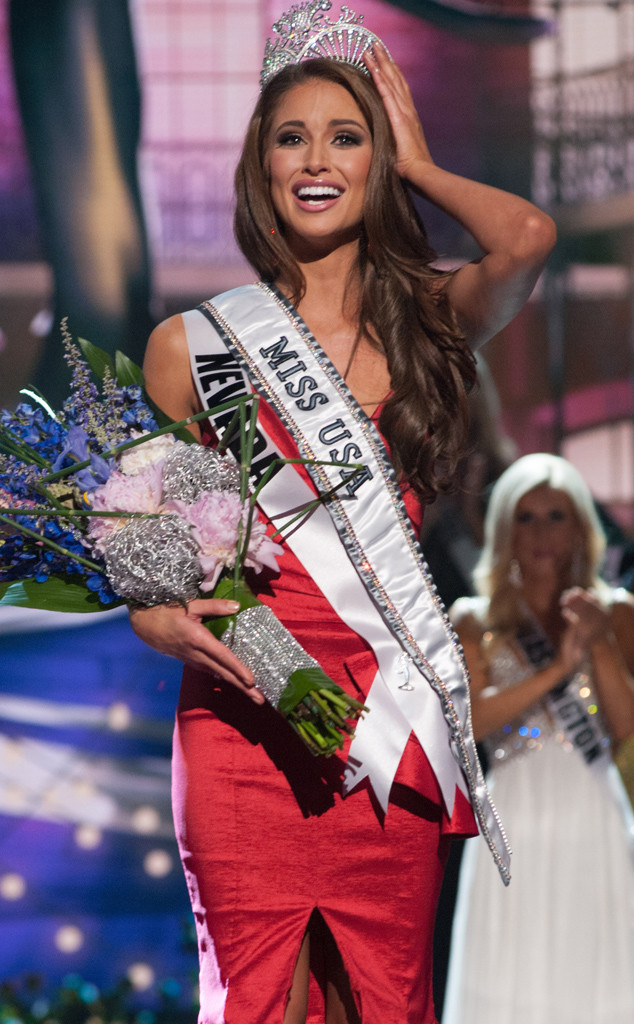 Fourth-degree black belt and all-around stunner Nia Sanchez was crowned Miss USA 2014, the biggest battle of the now former Miss Nevada's life becoming the struggle to hold back all the tears after her name was called at the end of the three-hour beauty-and-personality-fest. Giuliana Rancic and Thomas Roberts did the hosting honors at the Baton Rouge Civic Center in Louisiana.

Sanchez clasped hands and traded well wishes with first runner-up Miss North Dakota, Audra Mari, as they waited out those final seconds, but it was the 24-year-old from Las Vegas who stood alone with the bouquet, the sash and—best of all—the tiara.

Sanchez beat out 50 other fellow beauty queens to claim the title, which was handed over by Miss USA 2013 Erin Brady.

Her night started to take a turn for the fabulously possible when she was named one of 20 semifinalists shortly after the show got underway. Florida Georgia Line and Nelly got to live out every man's fantasy by being the chosen act to perform their hit "Cruise" live during the swimsuit competition, for which each member of the top 20 wore the same white bikini—you know, to be able to tell who's best.

PHOTOS: What else was happening tonight? Check out all the 2014 Tony Awards arrivals! 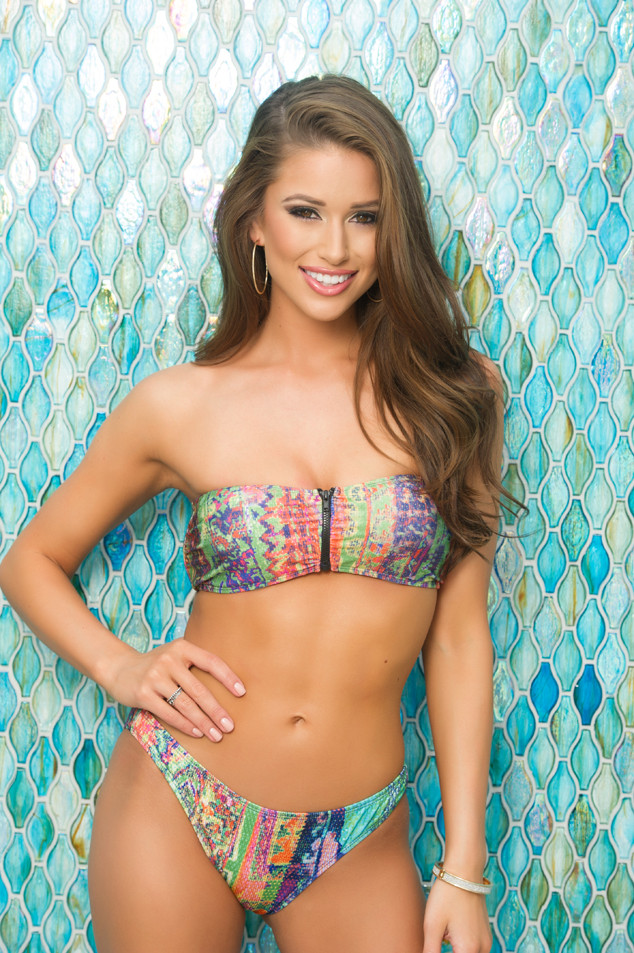 Let's just say, any one of them has probably made many a guy roll his window down. 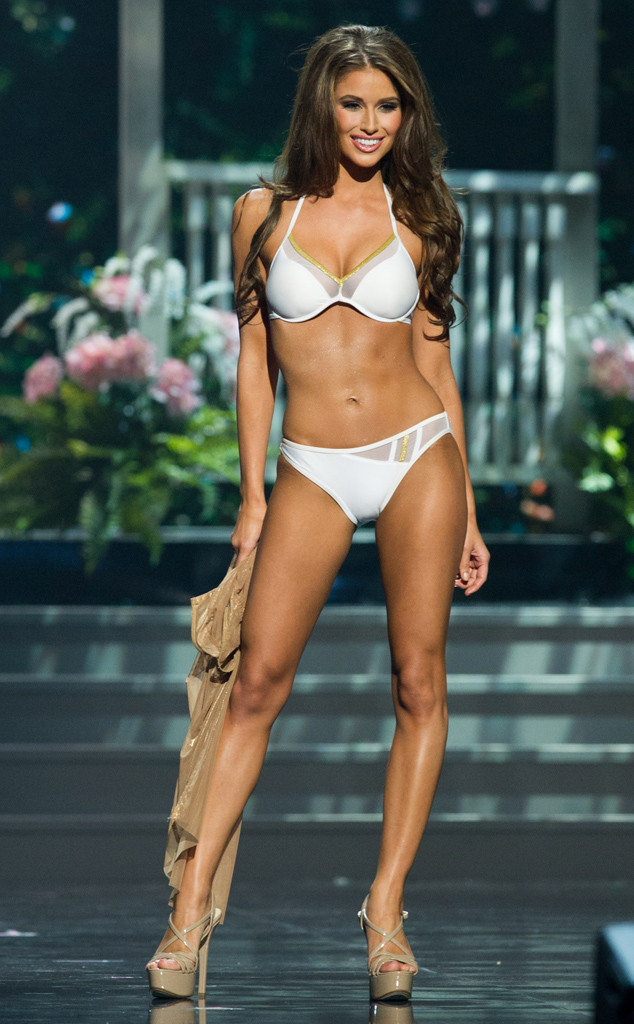 Those 10 beauties scored the opportunity to compete in the evening gown competition, during which the contestants' individual style finally got a chance to emerge.

The fashionable choices ranged from the more risqué, such as Miss Maryland Taylor Burton, who flashed plenty of Angelina Jolie leg in a pink crystal-covered gown with a slit up to there, to the more demure, such as the empire-waisted royal-blue gown worn by hometown sweetheart Miss Louisiana Brittany Guidry, who easily was the recipient of the biggest rounds of applause all night simply for being there.

The field was further narrowed to six—five plus Miss Iowa Carlyn Bradarich, the winner of the viewers' choice Twitter contest #SavetheQueen—all of whom then had to answer the notorious final question.

(You know, the part of the competition that can easily go viral, as a montage of past blunders, er, answers reminded us.) 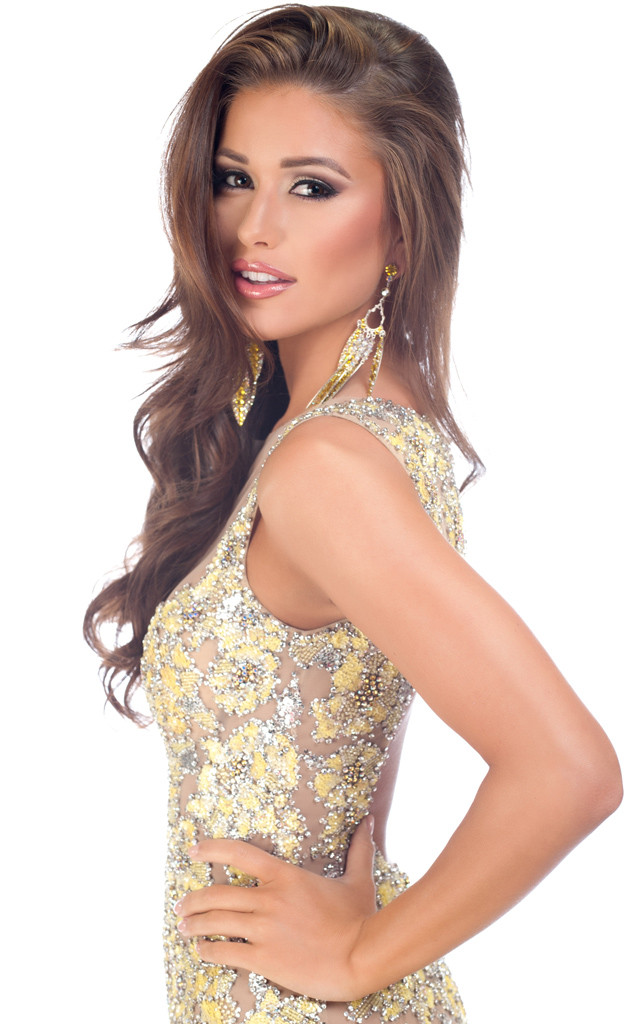 But combined with her bikini strut and her evening gown prowess, Sanchez proved to having the winning answer when judge Rumer Willisasked about recent reports regarding sexual violence on college campuses, and what sort of policy should be implemented to combat the disturbing statistics.

"I believe that some colleges may potentially be afraid of having a bad reputation and that would be a reason it could be swept under the rug, because they don't want that to come out into the public," Sanchez, a Taekwondo expert, said confidently (though by this point, every contestant's voice was wavering).

"But I think more awareness is very important so women can learn how to protect themselves," she added. "Myself, as a fourth-degree black belt, I learned from a young age that you need to be confident and be able to defend yourself. And I think that's something that we should start to really implement for a lot of women." 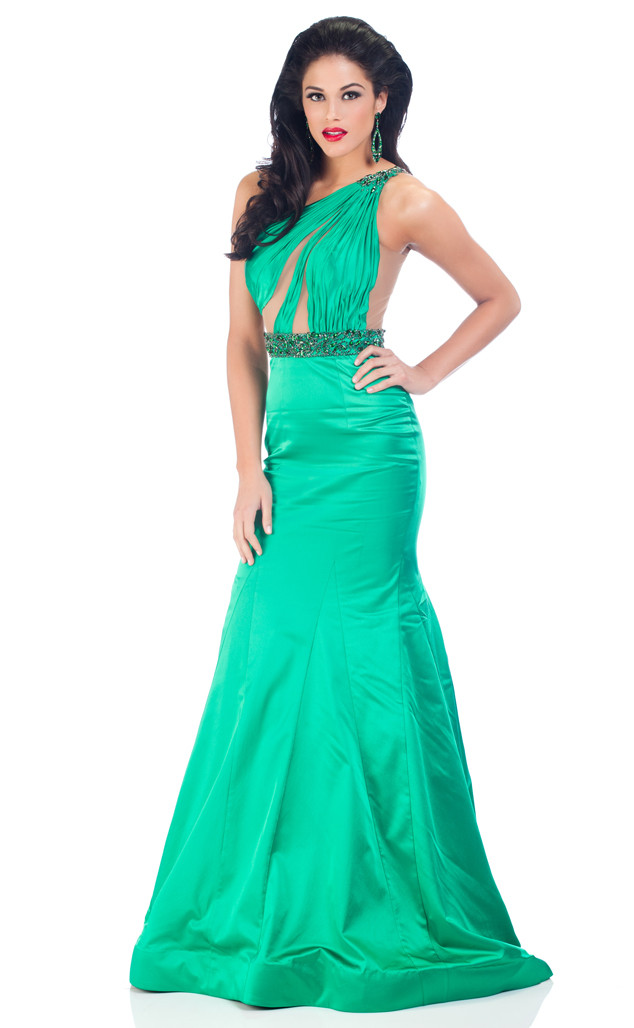 First runner-up Audra Mari, Miss North Dakota, will take over if for any reason Sanchez is unable to fulfill the responsibilities that come with the title.

(E! Online is a member of the NBCUniversal family.)

PHOTOS: See all the contestants who vied for the Miss USA 2014 title