Shailene Woodley Not Sad That Her Boobs Shrank After She Lost Weight: "No Bra, No Problem" 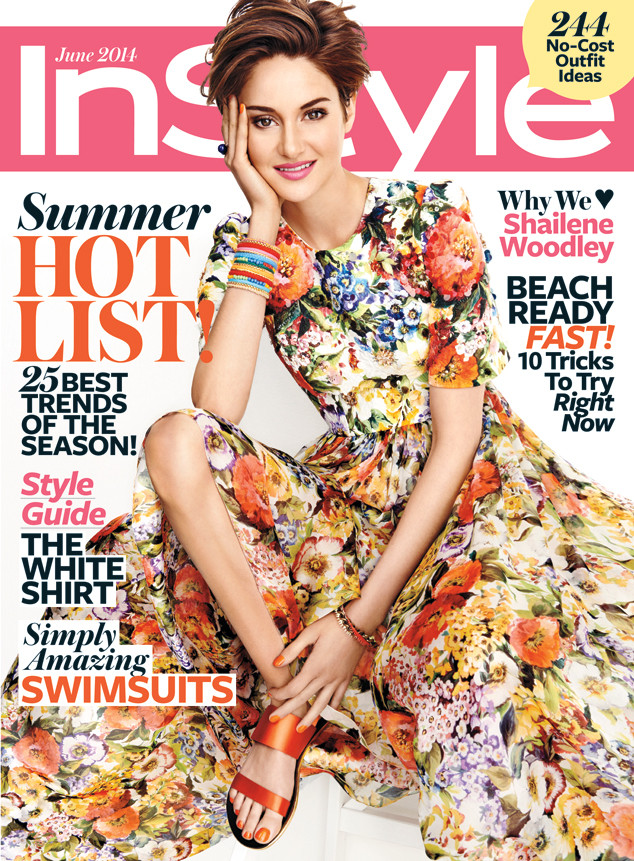 Shailene Woodley exudes confidence in all areas of her life.

Covering InStyle's June 2014 issue, the actress opens up about her total body transformation. Woodley first put on muscle to play Tris Prior in Divergent, and months later, the actress lost weight—and chopped off her hair—to play an ill teenager in The Fault in Our Stars. "I look at pictures of me with long hair and I think, 'Who is that person?' Even my voice and the way I hold myself has changed."

Today, Woodley's figure is somewhere in between. "I'm in a place where I feel healthier than I've ever been, and my body is exactly where it wants to be. I feel like I'm a woman," she says proudly. Then, with a laugh, she says, "My boobs shrank. No one tells you that when you lose weight. No bra, no problem!"

VIDEO: What does Shailene Woodley desire in a man?

For Woodley, it's a small problem compared to what she once endured. As a teenager, she had to wear a brace 18 hours a day for a year and a half to correct a severe case of scoliosis. "My friends and I named my brace Casey. I took it off to eat, to go on dates, and to shower. It was uncomfortable," the movie star recalls. "But I thought, 'I can complain, or I can embrace it, literally, and move on.'"

Needless to say, Woodley decided to do the latter.

The daughter of divorced psychologists, the actress says her role in The Fault in Our Stars made her reevaluate how she treats herself. "It changed my whole life and put things in perspective. I realized I was good at being outwardly positive because that's how I am by nature. But internally? I was so mean to myself. Realizing I needed to make a shift was a big moment for me. 'F--k you, insecurity. F--k you, lack of confidence!' When I finally realized I have to live life for myself and not for anyone else is when I started being more generous and kind and grateful," she explains. "I was able to give back more."

NEWS: Why Shailene Woodley doesn't consider herself a feminist

According to Emma Stone, whom Woodley befriended at 2012's Met Gala, the Spectacular Now star stands out in Hollywood for all the right reasons. "Shailene represents a different type of girl," Stone tells InStyle. "Shailene is growing into this fascinating woman who is not afraid to express her opinions and beliefs to the public. It's brave. She's going to remain a positive figure for girls as they grow up."

TAGS/ Shailene Woodley , Magazines , Celebrities , Top Stories
GET POP CULTURED!
*Email entered incorrectly. Please try again.
By subscribing to our newsletter you agree to the Privacy Policy and Terms of Use
Daily
Weekly