Check Out All of ABC's New Shows! 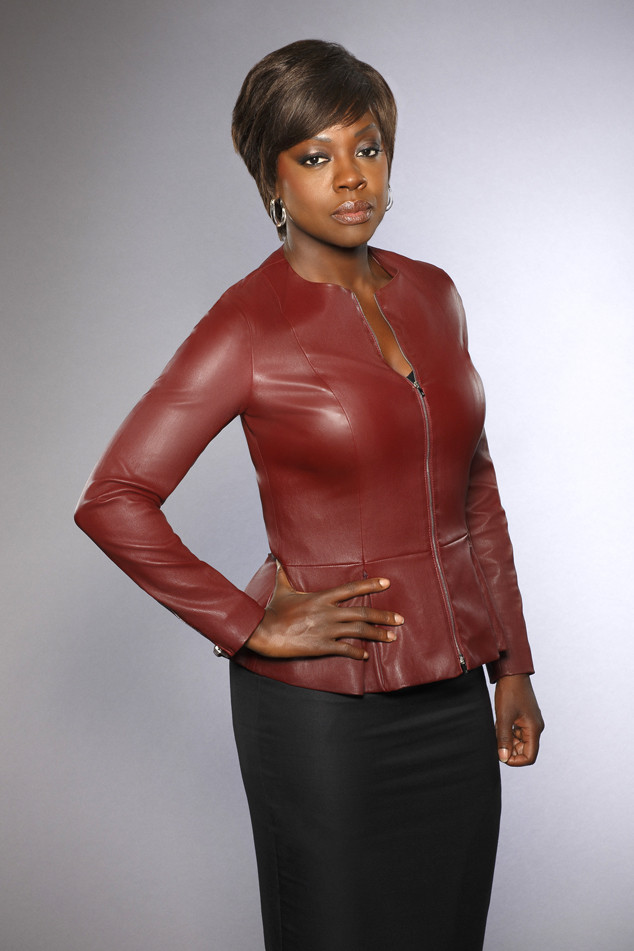 All right, ABC fans, pay attention because we're about to throw a whole lot of small screen info at you!

The network unleashed a slew of new pick-ups Thursday night, and we're here to catch you up on all the new series that will be headed your way in the next TV season.

American Crime:  Felicity Huffman is returning to her ABC roots for the first time since Desperate Housewives ended with American Crime. The drama centers on the players involved in a racially charged trial whose personal lives are examined as their worlds are turned upside down.

Written, directed and produced by 12 Years a Slave's John Ridley, American Crime focuses on the case following the murder of Matt Skokie, a war vet, and his wife, Lily, who is unconscious, barely hanging on.  Both sets of parents are at her bedside hoping for a miracle while four suspects are about to be arrested.

How to Get Away With Murder: From the brilliant mind of ABC's go-to executive producer Shonda Rhimes, get ready for a sexy, suspense-driven legal thriller that centers on ambitious law students and their brilliant and mysterious criminal defense professor.

However, everything changes when their professor becomes entangled in a murder plot that could rock their entire university and change the course of their lives. How to Get Away With Murder stars Academy Award-nominated actress Viola Davis as Professor Annalise Keating. The upcoming drama is written by Peter Nowalk who will serve as executive producer alongside Rhimes and Betsy Beers.

NEWS: TV Upfronts 2014 cheat sheet: all the new shows that have been picked up so far So here's what you need to know: It's 1946, and peace has dealt Peggy Carter a serious blow as she finds herself marginalized when the men return home from fighting abroad. Working for the covert SSR (Strategic Scientific Reserve), Peggy must balance doing administrative work and going on secret missions for Howard Stark, all while trying to navigate life as a single woman in America in the wake of losing the love of her life, Steve Rogers (Chris Evans).

MORE: Get the lowdown on all the new shows

The Whispers: It's an alien invasion! in this new drama, Aliens have invaded Earth by using a most unlikely resource to achieve world domination—our children.  As the kids unwittingly help these unseen enemies, the clock counts down in this suspenseful race to save humanity.  American Horror Story star Lily Rabe is joined by several other big names, including Revenge's Barry Sloane (What will happen to Aiden?!) and Heroes' Milo Ventimiglia.

Forever: Ioan Gruffudd plays Doctor Henry Morgan, New York City's star medical examiner in the thriller. But what no one knows is that Henry studies the dead for a reason—he is immortal, and he has been for the past 200 years. With the help of detective Jo Martinez (Alana De La Garza), viewers will peel back the layers of Henry's colorful and long life through their cases. 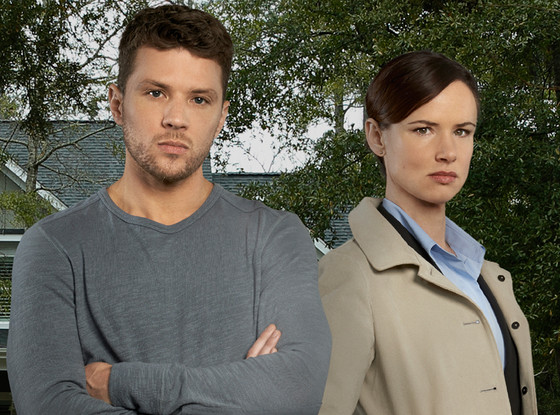 Secrets and Lies: It's time to welcome Ryan Phillippe to the small screen, y'all! The Cruel Intentions actor stars in the new ABC drama as Ben a man who is about to go from Good Samaritan to murder suspect, after he discovers the body of his neighbor's young son in the woods. Ben's family's life will be turned upside down as he sets out on a complicated journey to prove his innocence. The thriller mystery, which is executive produced by Private Practice's Barbie Kligman, is based on the Australian drama of the same name. Secrets and Lies also welcome another member from the Private Practice family, with KaDee Strickland as Christy. 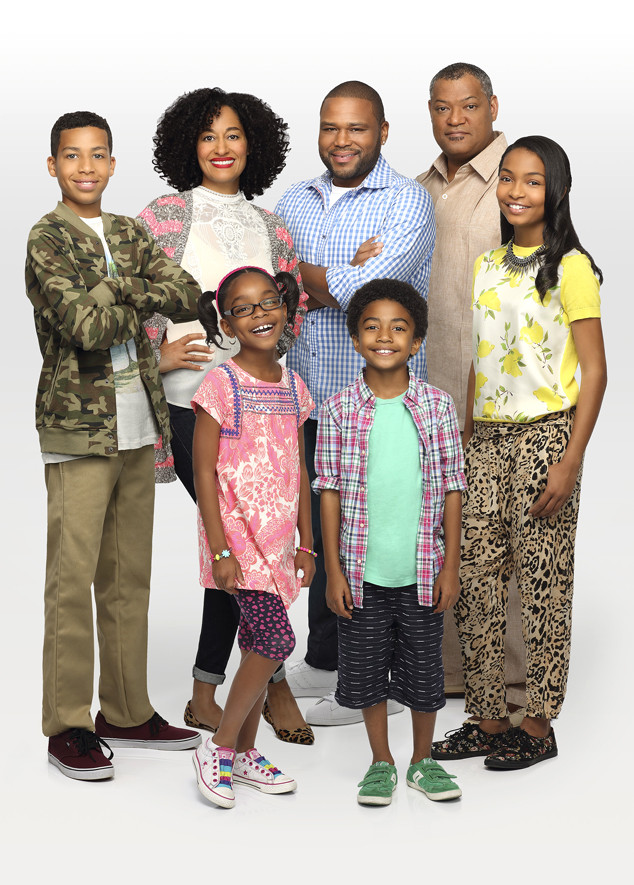 Black-ish: Anthony Anderson stars as Andre ‘Dre' Johnson, who hss a great job, a beautiful wife, Rainbow (Tracee Ellis Ross), four kids, and a colonial home in the ‘burbs.  But has success brought too much assimilation for this family? With a little help from his dad, played by Laurence Fishburne, Dre sets out to establish a sense of cultural identity for his family that honors their past while embracing the future.

Selfie: From Emily Kapnek, aka the brilliant mind that brought us Suburgatory, Selfie is a single-cam comedy that stars Karen Gillan as Eliza Dooley, a girl with 263,000 followers who hang on to her every post, tweet and selfie. After a moment of clarity, Eliza asks marketing guru Henry (John Cho) to "rebrand" her self-obsessed reputation and teach her how to connect with people in the real world. Selfie, which is loosely based off of My Fair Lady, explores the modern struggles of Eliza and Henry, as he tries to teach her how to live life offline—whether she likes it or not.

NEWS: Vote in the final round of Girl on Top now! 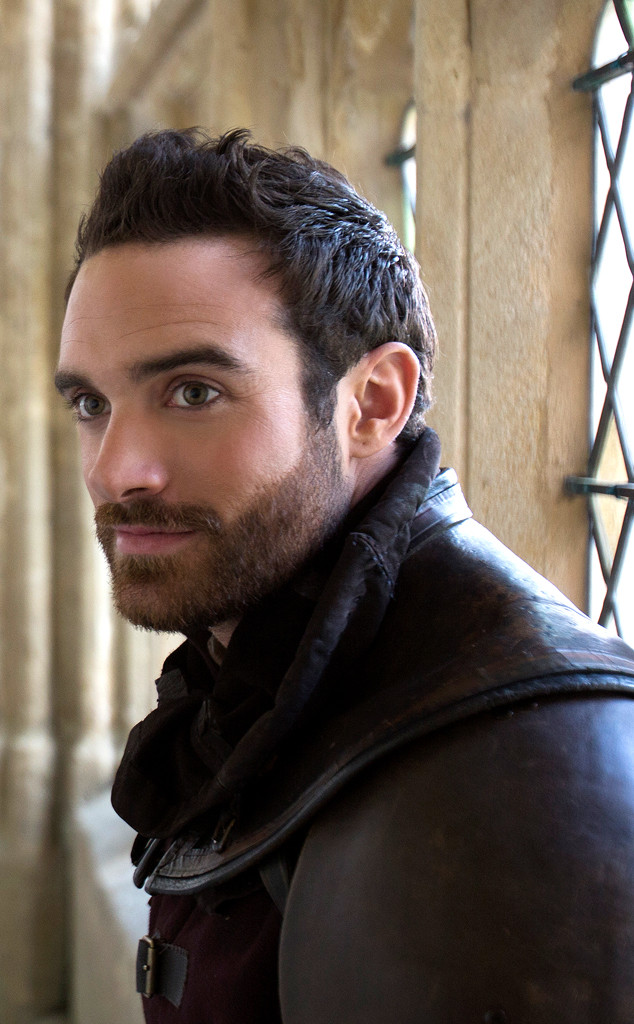 Galavant: Calling all Once Upon a Time fans, we've got something you're going to love! Galavant is a fairy-tale musical that centers on handsome Prince Galavant (Joshua Sasse) and his quest for revenge against the king who stole his one true love. Created from a team who helped write Tangled, composed the music for Aladdin and penned the lyrics for The Little Mermaid, Galavant certainly has enough Disney street cred to impress even the biggest magic lover.

Cristela: Get ready to meet Cristela (Cristela Alonzo), she's in her sixth year of law school and is finally on the brink of landing an internship at a prestigious law firm, but there's a problem: Her pursuit of success "is more ambitious than her traditional Mexican-American family thinks is appropriate," according to ABC. She's straddling old culture at home and the modern working world. Cristela also stars Carlos Ponce as Felix, Terri Hoyos as Natalia, Andrew Leeds as Josh and Sam McMurray as Trent. Cristela Alonzo and Kevin Hench wrote the pilot.

Fresh Off the Boat: Get ready to travel back in time to the 1990s with 12-year-old Eddie (Hudson Yang). The hip-hop loving preteen has just moved to Orlando from D.C.'s Chinatown with his immigrant family and is in for a major culture shock. The comedy is based on Chef Eddie Huang's memoir of the same name. Randal Park, Constance Wu, Hudson Yang, Forrest Wheeler and Ian Chen also star.

Don't Trust the B---- creator Nahnatchka Khan wrote the pilot.

PHOTOS: Renewed, canceled or TBD? Find out where your favorite shows stand