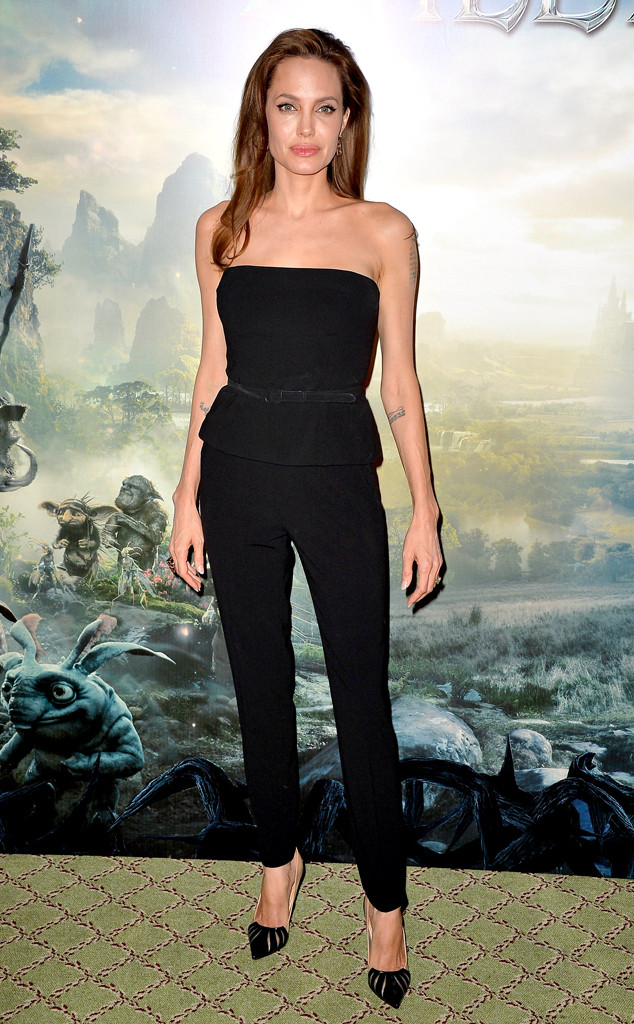 Like millions of people around the world, Angelina Jolie is outraged over the kidnapping of more than 300 Nigerian schoolgirls three weeks ago. The actress, who is a UNHCR Special Envoy, addressed the crimes during a Maleficent press conference in Paris Tuesday. "The kidnapping of these young Nigerian girls is an unthinkable cruelty," Jolie, a 38-year-old mother of six, said. "Sadly, of course, there is real evil in the world. You watch the news and you see all of the people suffering and so much cruelty."

On Monday, a Nigerian Islamic Group released a video taking responsibility for kidnapping the schoolgirls. "They are slaves and I will sell them because I have the market to sell them," Abubakar Shekau, leader of Boko Haram, vowed in the 57-minute video. "Western education should end," he added, speaking in Hausa and Arabic "Girls, you should go and get married." Shekau also warned that the radical group "would marry them out at the age of 9. We would marry them out at the age of 12."

According to reports, armed members of Boko Haram charged security guards in a Nigerian school and forced as many as 276 girls out of their beds and into trucks that disappeared into the thick forest.

The United States publicly offered to help last week, but on Tuesday, John Kerry spoke with Nigerian president Goodluck Jonathan to create a firm plan of action. "We have offered, and it's been accepted—help from our military and our law enforcement officials," President Barack Obama told NBC News' Al Roker Tuesday. "We're going to do everything we can to provide assistance to them."

"In the short term our goal is obviously to help the international community, and the Nigerian government, as a team to do everything we can to recover these young ladies," the commander-in-chief continued. "But we're also going to have to deal with the broader problem of organizations like this, that, uh, you know, can cause such havoc in people's day-to-day lives."

"We've always identified them as one of the worst local or regional terrorist organizations there is out there,'' Obama said. "And I can only imagine what the parents are going through.''

According to reports, 53 schoolgirls have escaped while 276 students remain in captivity. An additional eight girls were abducted Tuesday from a Nigerian village. The following day, Nigerian police offered a $300,000 reward to anyone who can provide credible information leading to their rescue.

Jolie isn't the only person to use her celebrity status to raise awareness. Here's how the rest of Hollywood is helping:

The Nigerian government's response to the 270 abducted girls has been disgraceful: 2 weeks have passed and they've done nothing

Access to education is a basic right & an unconscionable reason to target innocent girls. We must stand up to terrorism. #BringBackOurGirls

6 things we should know about Nigeria's mass kidnappings and 6 ways we can help #BringBackOurGirls http://t.co/SNph9nBnHQ

Join me and @girlrising by using your profile pic to demand the safe return of the kidnapped Nigerian girls. ? http://t.co/6DgGg4ROUe

(E! and NBC News are both part of the NBCUniversal family.)

TAGS/ Angelina Jolie , Politics , Top Stories
GET POP CULTURED!
*Email entered incorrectly. Please try again.
By subscribing to our newsletter you agree to the Privacy Policy and Terms of Use
Daily
Weekly