Deaths, and musicals, oh my!

That's what we're serving up in today's Spoiler Chat, which is filled with scoop on some of TV's hottest shows. On tap? One of The Vampire Diaries' stars previews the deadly finale for us, The Blacklist's highly anticipated faceoff and details on Revenge's shocking season-ender.

Plus, we've got scoop on Homeland, Reign, Under the Dome and more!

Brandi: Anything on TVD?
Only that you better start prepping now for the final two episodes. "Oh God, it's huge," Kat Graham gushes of the season five finale. "Everyone's going to be up in arms. We've had some pretty big season finales, but I would definitely have to say this is definitely one of the biggest we've had." And yes, you can expect a major death or two, but there's a twist, as Graham teases. "When aren't there big deaths? It's what happens with them that matters."

Check out all the huge TV happenings coming this month!

Greg: What will Homeland do without Brody next year? As tired as that storyline was becoming, I'm a little perplexed as to how they'll get the ball rolling again.
Howard Gordon, an executive producer on Homeland, is well aware of that question. He told us the biggest challenge storytelling wise is: "What does a Brody-less Homeland look like is probably the biggest challenge. But Brody is always present in her life and the shadow of his loss is very long and dark," Gordon told E! News at the 24: Live Another Day premiere. "She was pregnant with his baby. Not unlike Jack Bauer, she is very good at what she does, but it's often incompatible with the human things that the rest of us get to enjoy: love, kindness and motherhood."

But don't expect Homeland to fall into the melodrama trap. Gordon said this upcoming season "requires patience, but it's exciting." "It's a thriller, it's still a thriller. It shares some of the DNA of 24," he said.

PHOTOS: 24 TV Shows That Could Be Canceled—and the Odds They'll Survive 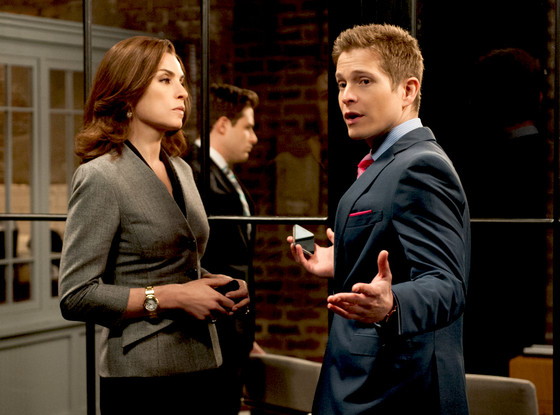 James: Every time I think about the caliber of musical talent that's walking around The Good Wife set, I can't help but imagine a Good Wife musical episode. Before you guys start going on about jumping the shark and all that, just think about it!
Yes, The Good Wife is probably one of the most realistic dramas on TV and yes, we have had the same Good Wife musical fantasy as you have. So has Christine Baranski. "Well, I keep joking because we have the most brilliant musical performers come on. In fact one day in court we had Michael Cerveris, we had Laura Benanti. I mean there's just so many musical performers who come onto the Good Wife," Baranski told us. "I keep nudging the writers to do a Christmas episode, where like Alicia has a dream and all the characters are singing, but you just can't do it on this show. It's not that kind of show…I just don't think so."

And star Julianna Margulies, unfortunately, does not think she has the pipes at all. "If I could sing, I would audition for every musical ever produced on Broadway," she told us. "But the sad reality is, I only sing in the privacy of my own home. But I like to pretend I can."

Guess you'll have to settle for "Thicky Trick." And now it's stuck in your head. "Don't even say the word because talk about an earworm," Baranski said. "Oh my god. Horrible." 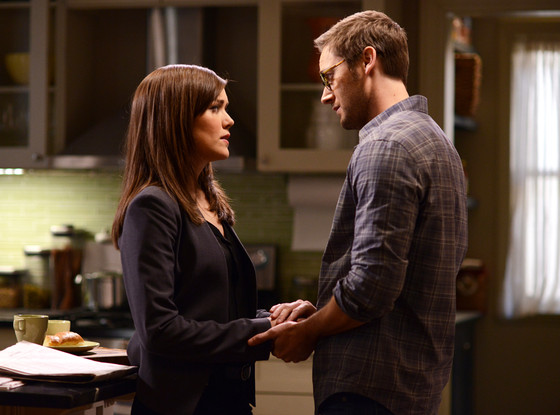 Meggy: Revenge has me hooked once again. Please tell me the finale won't disappoint!
Um, it won't. Seriously, you need to watch this finale live as more than one major death goes down by episode's end. Plus, Emily will receive both the best and worst news of her life, while Victoria will make her biggest move against Emily yet. And if that's not enough, the show will manage to pull off its most shocking twist ever.

Seth: Holy crap, The Blacklist is insane right now! What can we expect next?!
Tom's true feelings for Liz to be revealed, an intense showdown between Red and Berlin…and the death of a major player on the team. Break out the tissues, y'all!

EXCLUSIVE! The Watch With Kristin show is back!

Kevin: I can't wait for my favorite summer show Under the Dome to return! What can you tell me about season two?
Expect to learn a whole lot more about Barbie's past...and to meet someone very close to him midway through the season.

Nellie: Holy crap, I can't believe Leith is coming back on Reign! Please tell me there's hope for him and Greer?
What was the French Court's version of Facebook because things are complicated between the duo. "It will change everything when Leith comes back [to French Court]. He's a different person," Laurie McCarthy previewed for us. "He has different opportunities and different ambitions, we'll come to find out as well."

Got a TV question? Tweet it to @kristindsantos—or send an Instagram video—with #AskKristin, and you may be part of the next Spoiler Chat or Watch With Kristin show!

SPOILER CHAT comes out every Monday and Wednesday at 9 a.m. ET/6 a.m. PT. Bookmark the link!

TAGS/ The Vampire Diaries , Top Stories , Spoiler Chat , Watch With Kristin , Exclusives , TV
GET POP CULTURED!
*Email entered incorrectly. Please try again.
By subscribing to our newsletter you agree to the Privacy Policy and Terms of Use
Daily
Weekly