Naya Rivera Written Out of Glee's Season Finale—but It Has "Nothing to Do With Lea Michele," Sources Say 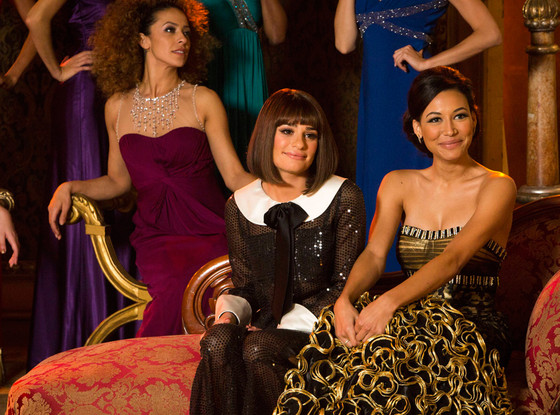 Naya Rivera will not be a part of Glee's fifth-season finale, and her future on the show has not yet been decided, E! News has learned.

Though the original plan was to include Naya in the final episode of the season, slated for May 13, her character Santana Lopez has been written out of the script, we are told by multiple sources. (Fox is not commenting.)

Insiders point out that this change has nothing whatsoever to do with Lea Michele, nor the recent rumors of a falling out—and tension on set—between the two starlets.

"[Naya] isn't fired and her not being in the finale has nothing to do with Lea," says one source who works on Glee. "I don't know where these stories are coming from, but they are not true."

NEWS: Glee will do a time jump

It has not been decided yet whether Naya will return for Glee's sixth and final season, slated to air this fall. The full cast won't be determined officially until end of June. "We love Naya and want only the best for her," says one insider who works on the show. "Hopefully we can work it out."

"We all needed a moment," the insider adds, saying that the break is "best for everyone."

We recently caught up with Rivera at Glee's 100th episode celebration, and at the time the starlet revealed that altought she would like to be apart of the series' sixth season, she's not sure of her TV future. "Well [Glee] is my home, so I'll always be apart of it in some shape or form," she said exclusively to E!. "I don't know what the big picture looks like but it's definitely my home base." 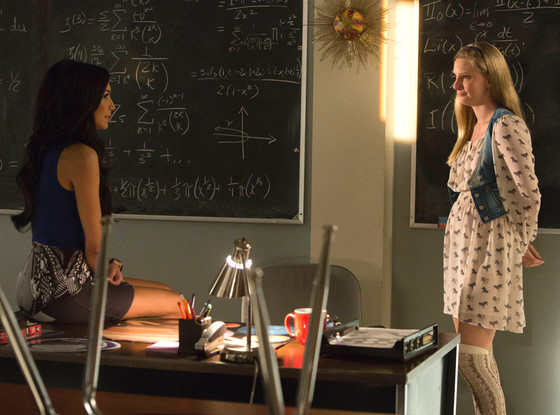 Rumors started swirling earlier this month that Lea and Naya had some kind of verbal altercation on set, and that one of them was escorted off, however, sources tell E! News that "no one was kicked off the set" and "no one was fired."

Naya's character Santana was supposed to share a number in the finale with co-stars Heather Morris and Amber Riley, we are told, but that storyline and song have been tweaked.

Creator Ryan Murphy recently told us that the door for season six is open for any of Glee's stars. "My feeling about the last season of Glee is very clear, and that is we will be reaching out to all of the regulars on the show, that original group of Glee club members and the teachers, and anybody who wants to come back can come back," he said. "Anybody who wants to be a part of the show, we welcome them."

Popwrapped originally reported on the rumors of Naya being written out of the episode, and also claimed that Naya definitely won't be back for season six. Our sources insist that decision has not yet been made.