Scandal Finale: Was That the Most Shocking Episode of All Time?! 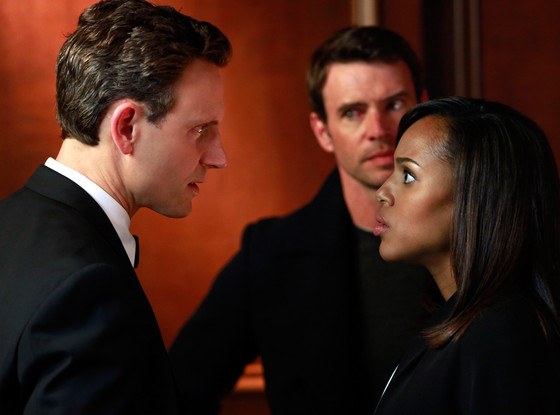 WARNING: We're about to run through the most shocking points of tonight's season three finale of Scandal. If you do not wish to be spoiled, turn away right now. For everyone else, grab some tissues and let's get started…

Doesn't Scandal know that the number one rule in television is you don't kill the kids?!

There were twists, turns, jaw-dropping moments and heart-pounding scenes in tonight's season three finale—and that was just all in the first five minutes! Seriously, it felt like Shonda Rhimes was trying to pack as much action into this final hour as humanly possibly in order to make up for our shortened season. (Please look out for our "thank you" flowers that are coming in the mail, Shonda!)

When we last left Olivia Pope (Kerry Washington) and the rest of our D.C. gang, Mama Pope was about to detonate her big bomb at a funeral that President Fitz (Tony Goldwyn) was supposed to attend. Now get on the edge of your seat, and don't you dare relax because we're about to recap the episode's most important moments.

Ride, Sally, Ride: Not only did Vice President Sally Langston survive the bomb explosion, she also sprung into action like pearl-wearing Mother Teresa. She offered strong words of encouragement in a time of desperation and even appropriately yelled, "No cameras!" while she was tending to a wounded girl. And of course her slimy campaign manager demanded that the camera keep rolling so that the American public could soak up ever ounce of Sally's impromptu heroism.

Due to Sally's highly publicized efforts, Olivia knew the race was already won. "We're going to lose," she repeated over and over again to any one who would listen. Have no fear, Papa Pope is here! While visiting her (very much alive) father in the hospital, Olivia's dad kindly told her, "I wish I could help." But from the twinkle in his eye, we had a feeling that Papa Pope still had some tricks up those hospital gown sleeves. 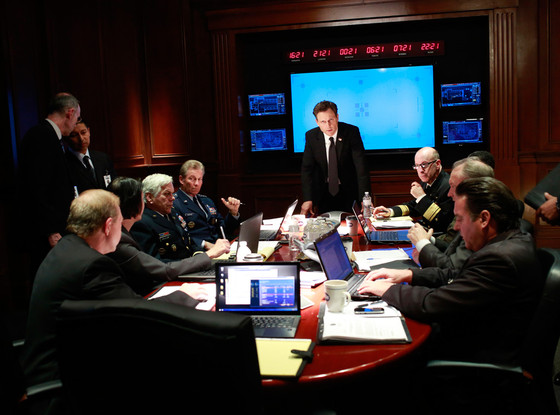 Seriously, No More Jam: After Olivia broke the news to Fitz that he was going to lose, his very first thought was moving to Vermont with his lady love. "I am going to marry you and we are going to have babies. Two babies I think," he cooed before adding that Mellie was a "vindictive, grasping power-hungry monster" who only wanted the presidency, not the president. Harsh.

It was then that Olivia dropped the bomb on Fitz that we've all known since the beginning of the season: Big Jerry raped Mellie. Fitz approached his wife and right away Mellie could tell that he knew the truth. "I fought him," she quietly told her husband. "I fought." Fitz then revealed that he didn't care what the paternity test said and he sweetly kissed Mellie on the forehead.

The Twist: On the heels of Sally's huge triumph with the public, it was time for Fitz to give his very last "big speech" before the election came to a close. He and Olivia shared one of their classic "no you hang up first" phone calls, only this time it really did seem like the end of their relationship. "It's okay, Vermont's not happening, I understand," Olivia quietly said into the phone. "You can't leave her now. I wouldn't want you if, knowing what you know, you left her now."

All right, folks now pay attention: The second that Fitz took the stage, Little Jerry began coughing up blood and fell to the floor in convulsions. Although they rushed him to the hospital as fast as presidentially possible, Little Jerry passed away at the tender age of 15-years-old. The cause? A rare form of bacterial meningitis and all signs pointed to Mama Pope. And for those of you who were wondering, it turns out that Little Jerry was in fact, Fitz's son all along.

NEWS: Find out when all of  your favorite series are signing off with our finale calendar 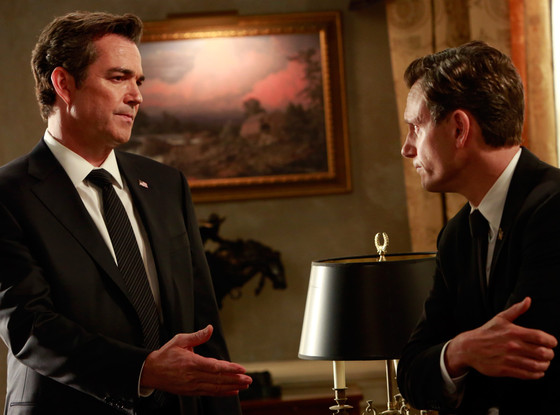 The Deal: Desperate for revenge, Fitz made a deal with the devil—aka Papa Pope. The former B613 commander promised to take down his ex-wife and kill her for the horrific crime of killing the president's son. To thank him for his help, as the newly re-elected POTUS, Fitz placed Rowan back in charge of B613.

Here's the catch: Papa Pope said from the very beginning that he wanted to ruin the president's life, and although he promised Oliva that he wouldn't harm "a hair on his head," he never said anything about Fitz's family. Papa Pope is the one who ordered Little Jerry's death and as for Olivia's mother? Well she's not dead, but she's about to wish she was—she's in the B613 torture hole.

Up, Up and Away: Olivia Pope has finally found a scandal that she cannot fix: herself. After accepting the fact that Vermont is no longer in her future, Olivia decided to quit OPA and leave on that plane that her father so desperately wanted her to get on in the beginning of this season. But at least she won't be taking the trip all by herself because Jake volunteered to run away with her. Together they're going to "stand in the sun." Awww!

VIDEO: The Watch With Kristin show is back! 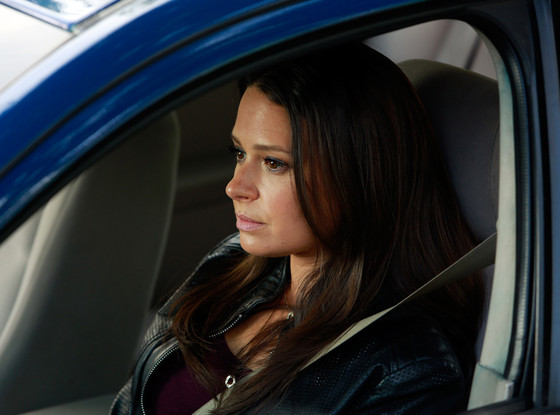 Spare Parts: In an effort to ruin their budding romance, Charlie presented Quinn with all the information on Huck's first family. (Remember them?!) At first Huck was furious with Quinn, but she justified her actions with three little words "I love you." In the end, after talking with Liv and getting some much-needed words of encouragement, Huck knocked on the door of his former family's home.

Now that Jake has officially abandoned his post as Command, he sent one last parting gift to his dear-old friend, David Rosen: Boxes and boxes of classified B613 files. Better watch out, Cyrus Beene—David is coming for you!

Harrison put all the pieces together and, as of now, he's the only non-B613-er who knows what Rowan did. However it looks like this won't be an issue for much longer, due to the fact that Harrison had a gun pressed against his head before the episode cut to black.

What did you think of Scandal's season three finale?! Sound off in the comments below!