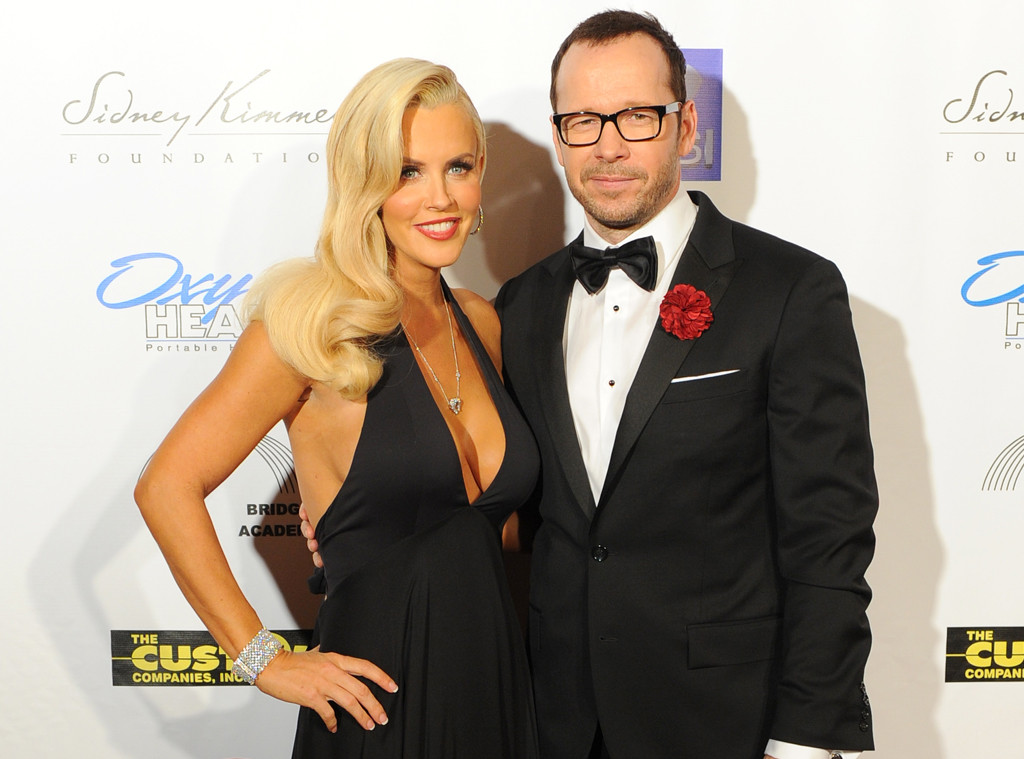 The Playboy model got teary-eyed after breaking the news on The View Wednesday. And yes, her fiancé was there, too. "He was over there drying his tears," Whoopi Goldberg said of Wahlberg, 44.

"I just got engaged!" McCarthy announced. "It's a yellow sapphire," she said of her engagement ring.

McCarthy said her 11-year-old son Evan Asher helped with the surprise proposal. "This weekend I was sitting with Donnie and he went into the other room and out came Evan with a card that said 'Will.' And he ran away and came back with a card that said 'You,' and I knew what was happening and I just started crying. And then he came out with a card that said 'Marry,' but it was spelled 'Mary,' and the last time Donnie came out with Evan and Evan's shirt said 'Me?' and he was holding the ring. He asked, 'Will you marry me?' I of course said yes. And in that moment, Evan yelled, 'I have another dad! I have another dad.' And it was just—it made all of us cry," she said, getting emotional. "I feel like the luckiest girl in the world. He's so wonderful."

NEWS: Jenny McCarthy once worried Donnie Wahlberg might be gay

The ceremony could come sooner than later, she added. "We're thinking of having an August wedding or maybe stretching it out a year."

Barbara Walters then offered up her New York City apartment as a possible wedding venue, provided the ceremony happens in September. There was an additional caveat, however: "On the wedding night, you cannot stay in my apartment," Walters, 84, told the blushing bride-to-be, 41.

McCarthy hinted she had big news before the show, telling her Twitter followers, "Good morning my friends. Have a kick ass Wednesday. Between us... I would watch #theview today. Just Sayn. Xxoo." 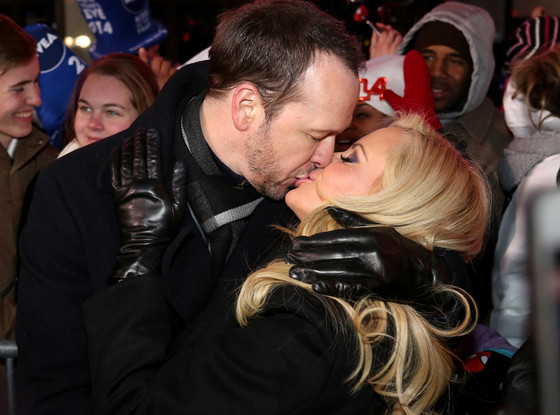 The future spouses met on Bravo's Watch What Happens Live and flirted heavily on the set of McCarthy's now canceled VH1 talk show. They took their romance public in July 2013. By November, McCarthy—who was married to John Mallory Asher from 1999 to 2005—warmed up to the idea of marriage. "I've said on every interview that I was like, 'Never get married again ever,' and, of course, you never say never. I think he would be an amazing husband, so if he does, I would for sure say yes," she said on Bethenny, adding, "I wouldn't be surprised if I was the one proposing."

Wahlberg has two sons from his nine-year marriage to Kim Fey, which ended in 2008. In July, the Blue Bloods actor will celebrate the 30th anniversary of New Kids On The Block in Las Vegas.

TAGS/ Jenny McCarthy , Donnie Wahlberg , Engagements , , The View , New Kids On The Block , Celebrities , Top Stories
GET POP CULTURED!
*Email entered incorrectly. Please try again.
By subscribing to our newsletter you agree to the Privacy Policy and Terms of Use
Daily
Weekly