The Good Wife's Explosive Ending, Don't Kiss the Girl on Once Upon a Time and More OMG TV Moments! 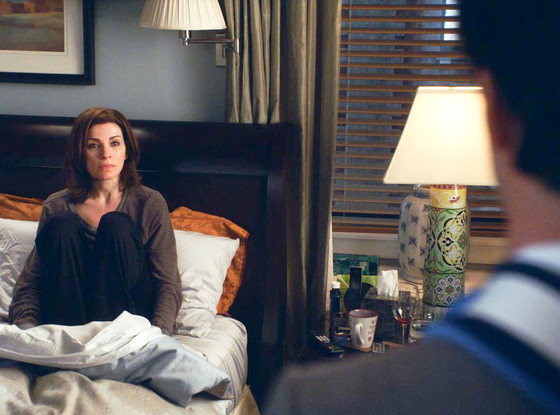 The Good Wife finally had enough. Alicia spent the episode struggling with Will's death—and understandably so. She loved him. He loved her. They just had bad timing. Always. Both Julianna Marguliesand Christine Baranski put in stellar performances. Meanwhile, Once Upon a Time cast the opposite of a love spell on its viewers, and Revenge threw a huge twist into things. Let's break it down.

The Good Wife: The episode started with perhaps one of the best scenes in Good Wife history: Diane and Alicia having martinis after Will's funeral services. They bonded, got sloshed and decided to explore merging the two firms. But when David Lee got wind of the merger, he did everything in his power to put a stop to it with the help of Damian. The two set out to unseat Diane as managing partner, but Kalinda didn't let that happen. She sent Damian on his way and David Lee decided to call in the big guns: Louis Canning.

Meanwhile, Alicia warned Finn that the State's Attorney was going to use him as a scapegoat in the Jeffrey Grant case, leading the two to bond more.

While dealing with the case of the week, a divorce, Alicia started to unravel. Will was a big part of her life and processing the loss won't just magically happen. After a chat with Grace's old tutor, Alicia retreated to her bed. She shut out the world until Finn came over to talk about the State's Attorney and the Jeffrey Grant case. As he left, Peter came in and everything exploded. Yes, the moment that has been five years in the making finally happened. Alicia and Peter are over. Peter declared the two were all that they had, but Alicia was done.

"No, not anymore. Don't worry, I'm not going to divorce you. You're too valuable to me professionally just like I am to you. But we're not going to see each other any more, not unless we have to. If you need me at a political event, you call the office. My assistant will put it on my calendar," she said.
"Really?" Peter asked.
"I'm not finished," Alicia said. "You are free, to see and sleep with whomever you'd like, but i don't want to know and under no circumstances are our children to know.Understood?"
"Is this because you want to sleep with someone else?" Peter asked.
"Get out of my house, Peter. Get—"

The Good Wife had enough.

PHOTOS: 64 of the hottest men on TV, ranked 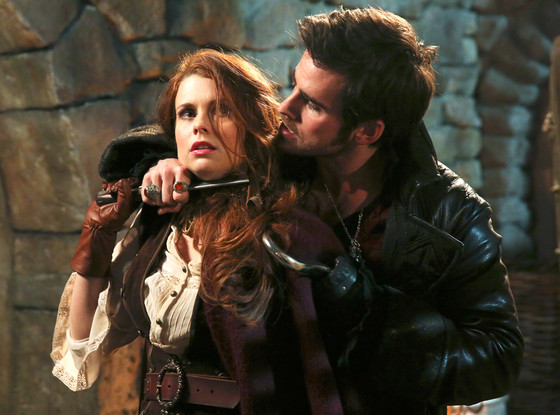 Once Upon a Time: For the first time in the magical drama's history we're begging you, Hook: please don't kiss the girl! While the Charmings were off preparing for their baby's debut, and Regina was giving Emma her first full-on magic lesson, Hook was reunited with everyone's favorite little mermaid. Ariel swam ashore in Storybrooke to enlist Hook's help to find Prince Eric—a task that he once nearly completeled in the missing year in Fairytale Land. Once Hook revealed to the memory-impaired mermaid that he once chose his ship over saving Eric's life, Ariel promised to forgive him as long as he swore upon the name of his one true love.

We're not trying to be punny, when we tell you that something seriously fishy was going on! (Ugh, so sorry. We know that was terrible.) The insta-second that Hook uttered the name Emma, "Ariel" transformed to reveal her true identity: Zelena! The wicked witch then cast a curse upon Hook's lips. So what happens if Hook and Emma share another steamy makeout sesh? Emma will be ripped of her blossoming magical abilities. Zelena warned that our dashing pirate had better pucker up soon or else others will pay. Dun dun duuuun!

Mad Men: The hit series returned tonight for its seventh (and final!) season premiere, and although we're sad that this marks the beginning of the end, we were thrilled to find out what our favorite AMC characters have been up to.Tonight's hour mainly focused on the mental and physical whereabouts of Don Draper (Jon Hamm) and his former protégée Peggy Olsen (Elisabeth Moss). Read our recap to find out what happened to these two in Mad Men's highly anticipated premiere!

Game of Thrones: Holy effing hell! Did you see that?! Can you believe that just happened?! Book lovers, did that shocking death live up to your expectations. To find out what on earth we are freaking out about, check out our exclusive interview with star Nikolaj Coster-Waldau to discuss tonight's mind-blowing hour and find out if [Spoiler] will be missed!

PHOTOS: The 20 Most Shocking Deaths in Recent TV History 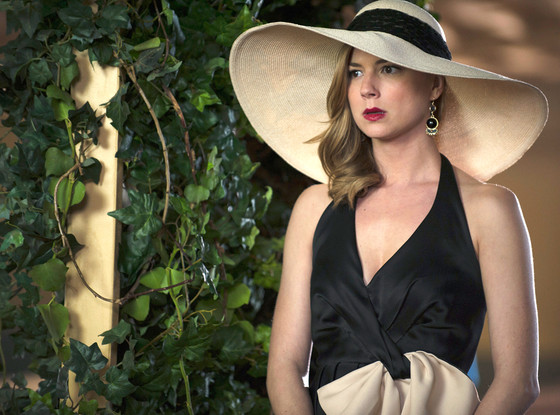 Revenge: It was a red Sharpie kind of night for the lovely Emily. The target? Luke Gilliam. It turns out, Luke was Conrad's first choice for a fall man in the confusing and tangled web of the David Clarke's framing. However, Luke was able to weasel his way out of the blame in the last moments and negotiated a settlement to disappear quietly while the fire fell on someone else. But Luke didn't return to town by chance.

Victoria lured him there as a trap for Emily, and Emily walked right into it. So now Victoria knows that Emily isn't after the Graysons for their money, but after revenge for David Clarke. Smooth move, Em.

What did you think of tonight's biggest OMG TV moments? Sound off in the comments below!

PHOTOS: Renewed, canceled? Find out where your favorite shows stand

TAGS/ Top Stories , Watch With Kristin , TV , Recaps
GET POP CULTURED!
*Email entered incorrectly. Please try again.
By subscribing to our newsletter you agree to the Privacy Policy and Terms of Use
Daily
Weekly